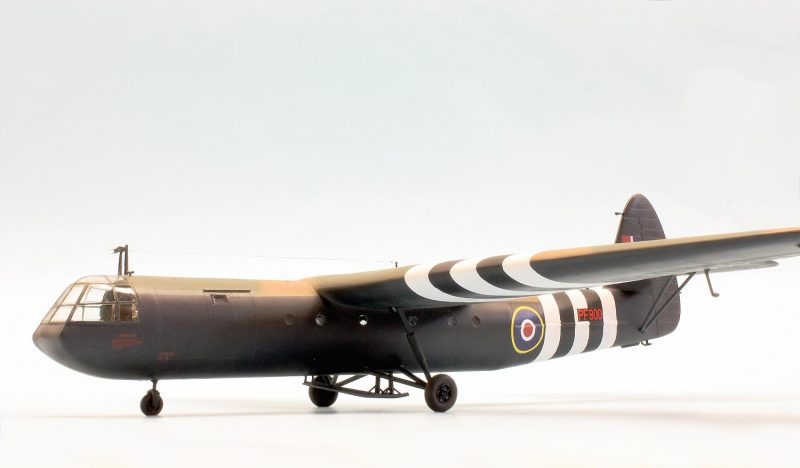 Although the Airspeed Horsa is a well-known aircraft and can also claim to be one of the icons of the Allied landings in Normandy on 6 June 1944, I did not realise until this project what a gripping story(s) and most remarkable technology lie behind the peculiar shapes of this British cargo glider.

About the A.S. Horsa
One thing first: the history of the use of gliders in combat is a very short one. It literally begins with a bang - the surprising overcoming and neutralisation of the French and Belgian blocking forts by the deployment of a few DFS 230 cargo gliders at the beginning of the "Western Campaign" in May 1040 - and ends with impressive large-scale Allied landing operations in the final months of the Second World War. By the end of the 1940s, the new technology of helicopter flight had already made the cargo glider obsolete, and by the beginning of the 1950s at the latest, this type of military aircraft had disappeared from the arsenals.

Within this short time span of ten years, two different uses of military gliders have emerged, which are interestingly reflected in the different terms "aussault glider" and "cargo glider". Apart from spectacular operations such as the attack on Fort Eben Emael or the action at the Gran Sasso, the German side tended to use the gliders as a means of transport outside the immediate combat zone. The US and British sides, on the other hand, preferred to use their respective glider-mobile airborne units as spearheads of large landing operations.

The risky circumstances and dangers of using gliders, however, remained the same for all sides. Even the take-off of a fully loaded cargo glider can probably not be imagined vividly enough: The usually multi-engined tug had to accelerate the glider from zero to flying speed via a pliable tow rope, while the pilot of the glider had to try at all costs not to lift the tail of the tug off the ground prematurely.

In flight, propeller winds from the towing machines caused tremendous turbulence, resulting not only in pitching, rolling and yawing of the glider, but also in a constant acceleration and deceleration of the glider. These disorientating influences were not without violent effect on any of the occupants. Soon, it is reported, the floor of the glider could be covered with the sloshing effects of indomitable nausea, the souring sight of which usually quickly broke the dams of even the most resistant.

A great danger emanated from the tow rope during the flight. Both the pilot of the towing machine and the pilot of the glider could release the couplings, although the pilot of the motor machine was only allowed to do so in the most urgent emergency. The tensioned tow rope would hurtle towards the glider, threatening to shatter its lightly built cockpit or, also lethally, to shave off an aerofoil. Communication between the two pilots was ensured by a telephone cable loosely wrapped around the tow line. However, the heavy strain and violent turbulence quickly caused this to snap, making communication impossible.

Pilots of tow planes tended chronically to disengage too early on approach or, for example, to fly evasive manoeuvres in the event of flak, which the glider pilot with his fully loaded plane could not follow. In order to save themselves and their passengers, they had to disengage immediately. Especially in airborne operations on coastal areas, numerous cargo gliders were lost and their crews had to drown miserably because they had been uncoupled too early. Incidentally, the glide ratio of a fully packed Horsa was such that disengagement ideally took place within sight of the landing zone.

Another danger that should not be underestimated was that the load could slip. As soon as a 6-pounder anti-tank gun, such as the Horsa could carry, or even a lashed-down ammunition box or other heavy load came loose from the lashings due to the violent flight movements, the aircraft was irrecoverably lost due to the shift in the centre of gravity.

Finally, the landing was not only the high-risk conclusion of the mission but also the actual purpose of the "aussault glider": The inestimable advantage was that the glider could bring airborne soldiers directly into the area of operations in a concentrated manner and completely unexpectedly for the enemy, and that they were immediately ready to fight. The prerequisite for this was, of course, that the landing was survived in little-known territory that might have been deathly prepared by the enemy.

An example of a successful and decisive use of cargo gliders was the "Tonga" operation, which started in the night of 5 to 6 June 1944. Its objective was to seize the two Bénouville bridges -prepared by the Germans for demolition- over the Orne River and over the Caen Canal. The capture of the undestroyed bridges was given top priority in the British planning for "D-Day" and was considered one of the prerequisites for the success of the invasion.

The commando of the 6th British Airborne Division, led by Major John Howard, landed in a few Horsa gliders and succeeded in taking over the bridges within half an hour of the landing of the first Horsa; on the same day, they were reinforced by soldiers of their Airborne Division who had also landed by air and were then able to hold the two bridges until the advancing Allied troops arrived.

The unbelievable precision of a landing in enemy and actually unknown territory, even in the dark of night, was demonstrated by the performance of the pilots of the first landing Horsa: as requested by Major Howard before, the bow of the crash-landing glider penetrated the barbed wire of the defences around the bridge, coming to a halt just inside the perimeter.

The two Bénouville bridges were officially renamed "Pegasus" in 1944 in honour of the 6th Airborne Division - after the unit's heraldic animal - and "Horsa" Bridge. Since recently, the replica of a Horsa cargo glider can be admired there. My model shows one of the Horsas used in this daring raid.

About the kit
The kit for this comes from Italeri. Although the moulds come from those times when Italeri was still called “Italerei”, they still offer everything necessary to get a usable model of this glider. Strictly speaking, one must even say that the kit offers a bit too much! On the castings you will find parts for both Mk.I and Mk.II features, but the instructions do not mention them.

As a small guide, I would like to note that a Horsa Mk.I has a one-piece nose wheel landing gear and does not have a hinged nose cone. Therefore the assembly of the fairings for the two hinges should be omitted. On the other hand, on a Mk.II, the tow cable was no longer attached to two stations below the wings with a Y-shaped end, but only in one piece on the reinforced and double-tyred nose wheel landing gear. In short, one has to decide and do a little research which version the prototype corresponds to, in any case the kit offers parts to realise both versions.

In spite of the old age of the moulds, there was relatively little need for touch-ups according to my requirements. So I basically only rebuilt the two pitot tubes and the mast supporting them and retrofitted the cockpit interior with scratched parts and harness. The accuracy of fit is simply to be praised and further inspires the already quite speedy building pleasure.

The excellent reputation of the decals offered by Italeri was confirmed to me once again with the enclosed decals, although I must say that I painted the large "invasion stripes" and did not use the enclosed material.

The Airspeed Horsa will not remain the only cargo glider in my collection, the facts as well as the stories around this exotic aircraft class are simply too fascinating! Italeri has made a name for itself with models such as the Waco Hadrian or the Me-321 - so you can expect more cargo gliders! 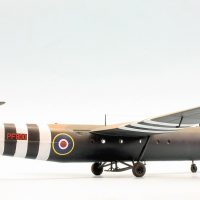 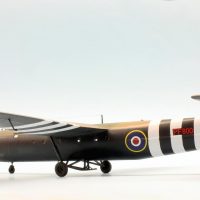 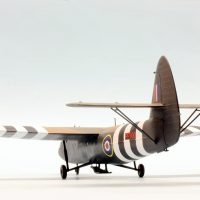 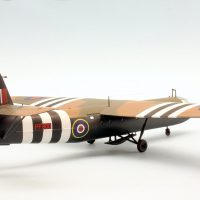 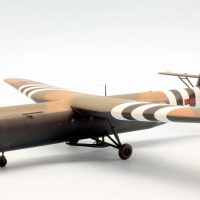 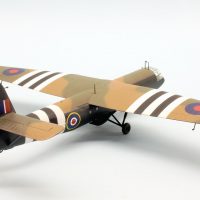 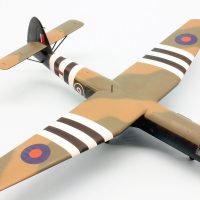 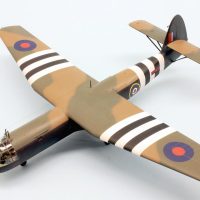 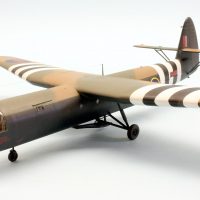 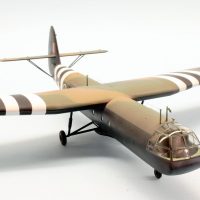 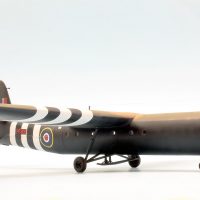 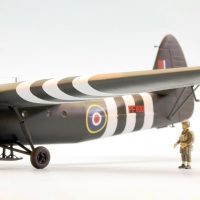 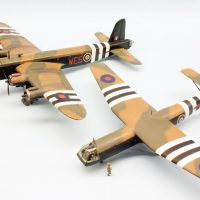 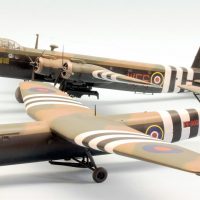 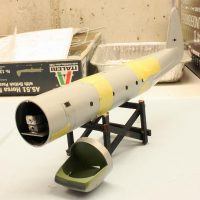 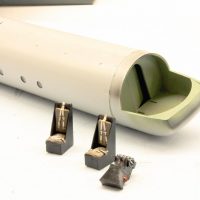 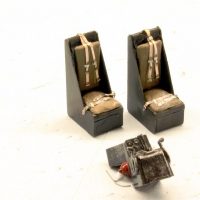 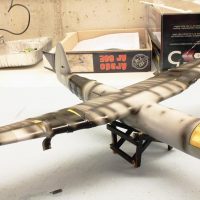 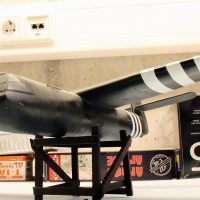 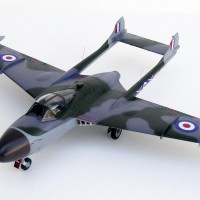 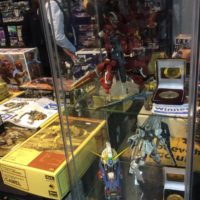 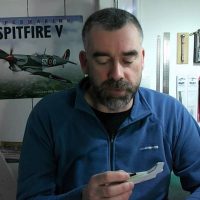 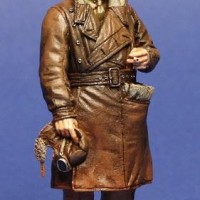