Here's my attempt to build the Revell EA-6A Electric Intruder. I always liked the black tail markings with the white 'CY' and the Playboy bunny used by VMCJ-2 (and later re-designated VMAQ-2). I've had that Revell kit in my stash for quite some time and finally decided to build it. The Electric Intruder is instantly recognizable by the huge radome/ECM pod on the top of the tail. I had the privilege of photographing a few of them at MCAS Cherry Point, NC on two occasions.

The Revell kit was not without its challenges but everything was there to produce a respectable model. Certainly a modeler deciding to attack this kit needs to be prepared to spend some time filling and filing seams and areas where the fit is a bit off. The instructions were clearly written and well thought out.

This model was finished with Model Master enamel paints of gull gray and insignia white and some flat black and insignia red. After the decals were applied and thoroughly dry, it was over-sprayed with Testors clear semi-gloss lacquer. The landing gear is in MM aluminum. The tires are grimy black. There is some slight weathering on the model but the camera flash pretty much blew that away. The Marines kept their Electric Intruders clean. This model had after market decals but other than that was build out of the box. If anyone is looking for a moderate building challenge, this EA-6A kit is for you. The last photo shows a typical EA-6A from VMCJ-2. 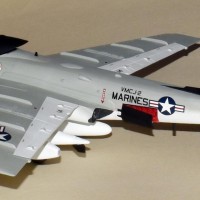 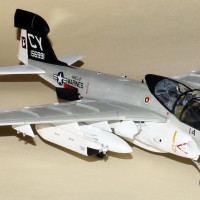 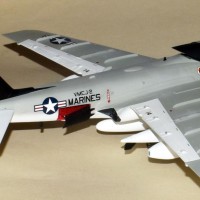 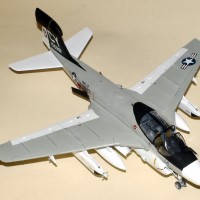 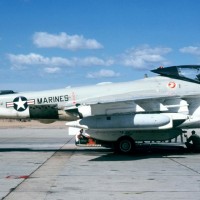 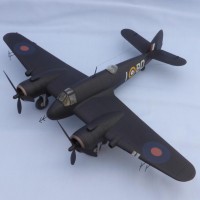 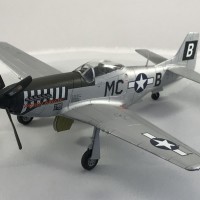 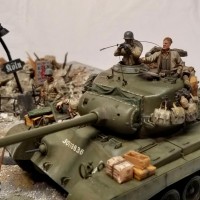 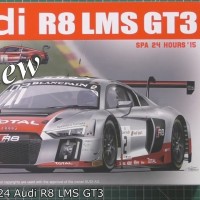