I bought up a lot of 1/48 ESCI A-4's years ago, and was not aware of the issues with the kit. The canopy is closer to the real A-4 than the Monogram canopy, but the exhaust area of the kit, is more of an ogival cross section than the conical taper of the real aircraft. One of my in-progress shots in this article shows a comparison with the Hasegawa kit. Oddly, the 1/32 Hasegawa A-4 kit has the SAME incorrect fuselage exhaust area contours as the 1/48 ESCI kit- go figure!

So, I decided to make use of some of the ESCI kits as a foundation kit for some A-4B and C conversions. Included in the list was an A-4Q (Argentine Navy), A-4P and A-4C (Argentine Air Force)- they are coming eventually...

This is the A-4Q conversion. I made casts of Hasegawa A-4C/B kit parts: intake lips, intake ramp inserts made from the fuselage parts, and the kit intake fan assembly, as well as a 3 part rear fuselage exhaust area insert also in a photo in this post. The ESCI kit needs to be spread apart so it can taper more accurately from the trailing edge of the wing to the exhaust. I also used a KMC A-4B nose conversion, although I had to widen it a bit to fit the contours of the ESCI fuselage. I had to master an avionics fairing for the top of the fuselage using lots of photos of actual A-4Q's- the Hobbycraft A-4Q fairing is pretty awful.

Why do all this you ask? I love the Skyhawk, and could not bear to toss the ESCI kits, and there is no way I would build them with the exhaust and intakes they way they come in the kit!

I set up my Argentine A-4Q with a 4 bomb Mk82 Snakeye load as seen during the Falklands War. That loadout was also used on Viet Nam USN scooters. I used Tamiya Acrylic white for all the white areas- to avoid yellowing later. Testors enamels were used for everything else. Future prepped for decals and sealed them- I have no idea why it looks SOOOO glossy in the photos- it really doesn't look like that in person! The decals are the FCM 48-044 sheet, which includes Brazilian and Indonesian Skyhawks. There is a bit of a scale/proportion issue with the Armada titles, but I let that go. The Argentine SUN emblem is gorgeous and settled down great over the rudder ribs. 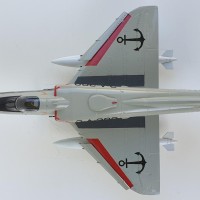 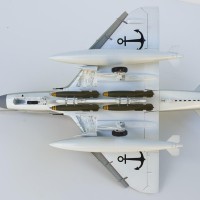 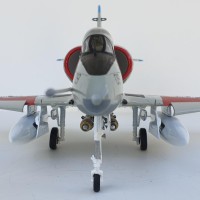 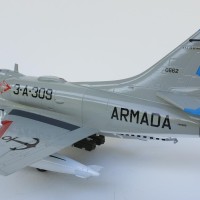 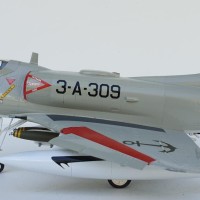 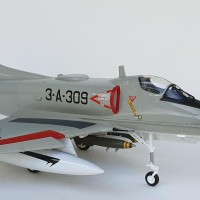 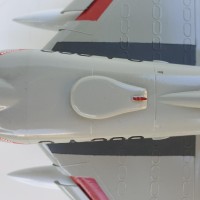 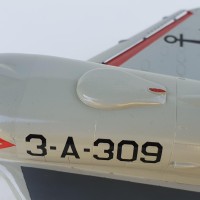 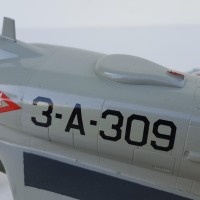 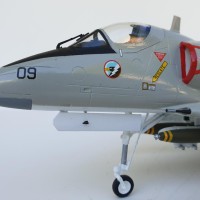 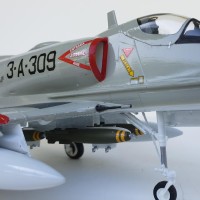 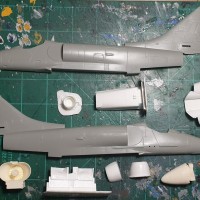 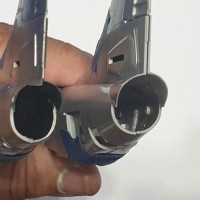 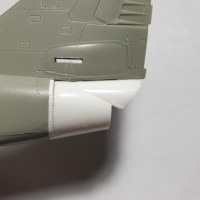 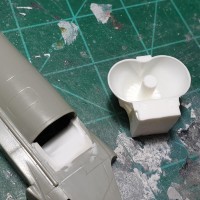 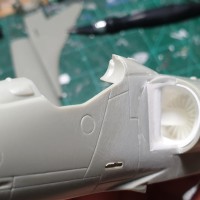 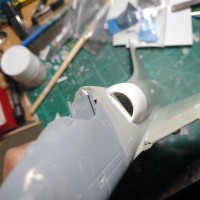 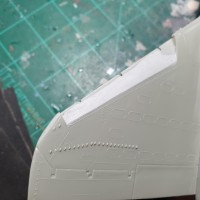 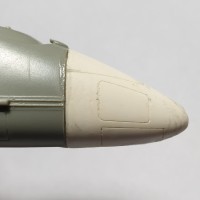 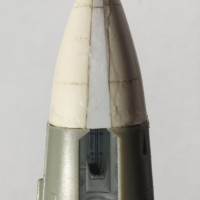 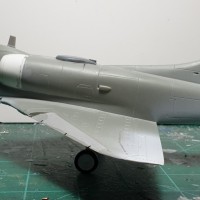 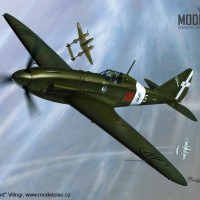 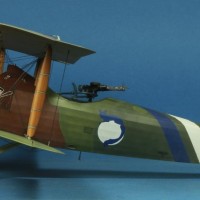 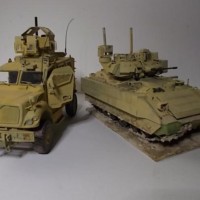 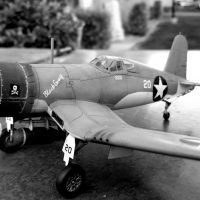