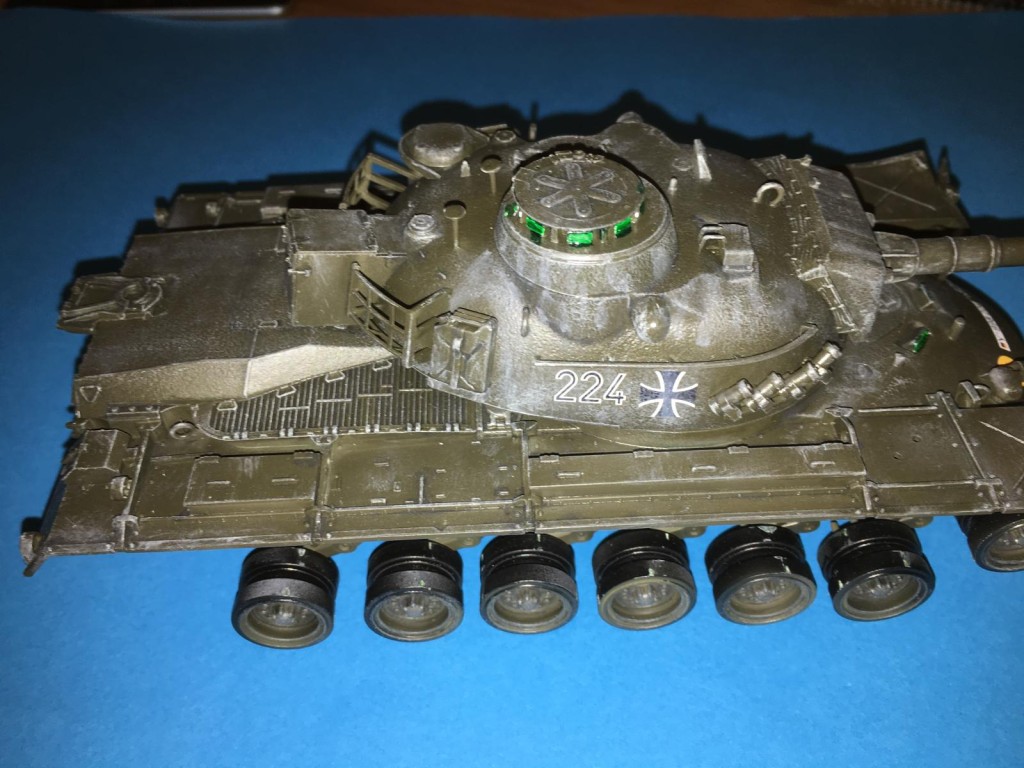 Here's another vehicle for my "Cold War gone hot" series. This is the Revell 1/35th M48A2GA2. The major construction is now done and I've started the weathering. I've added a small amount of battle damage on the front left side

After sealing the base paint (Revell Bundeswehr Oliv Gelb) with Clear, I kicked off the weathering process with a pin wash of black over the recesses and some of the panel lines. I didn't want to overdo this. Next came a light weathering with Humbrol 64, a nice, fairly neutral middle grey. The photo's taken with the flash make it appear far more start than it really is, along with the pin wash. This will be teamed up with (another Marder!) to create a diorama depicting both vehicles withdrawing under fire.

I know that the decals on the front glacis plate are wrong, but by the time I've weathered and then partially covered with camnets they'll be mostly obscured... 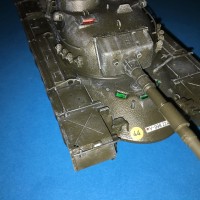 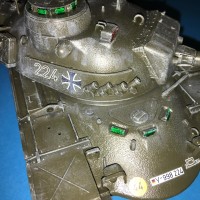 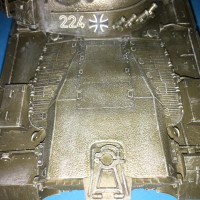 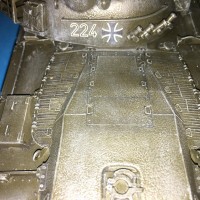 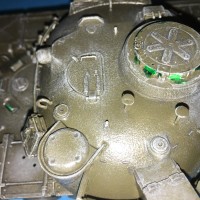 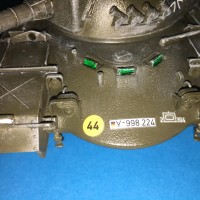 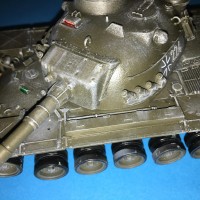 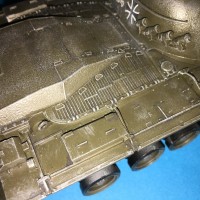 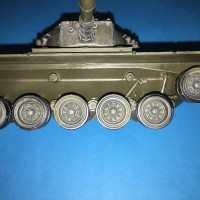 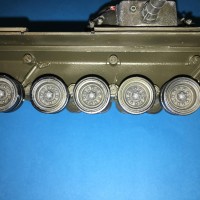 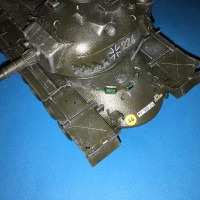 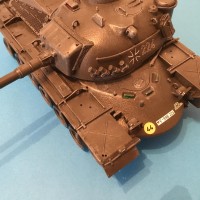 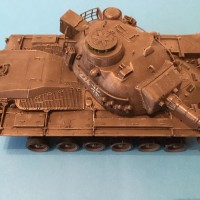 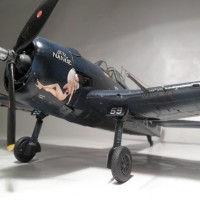 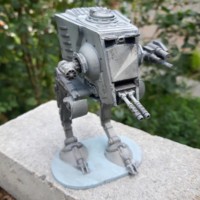 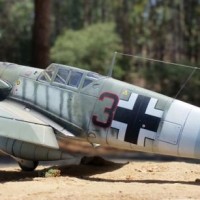 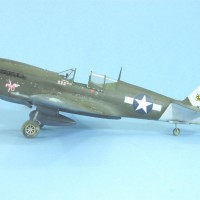