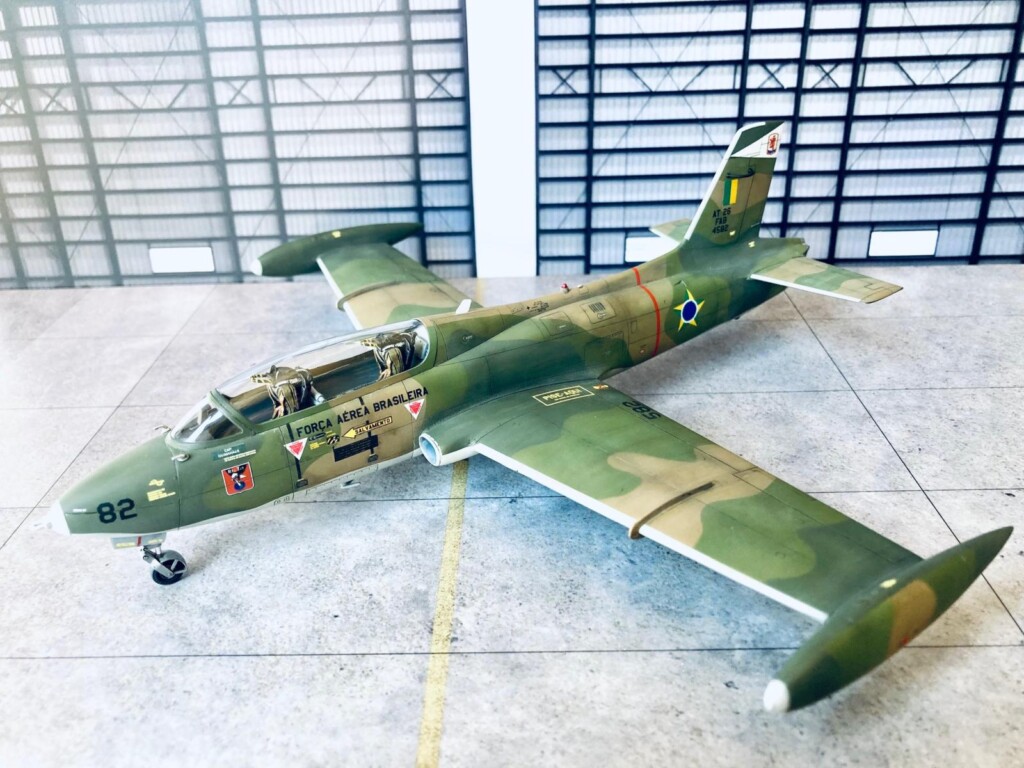 This is the Aermacchi MB-326, a reboxed kit released by Italeri , which has been around for quite sometime now. Not a very detailed or free of issues one, but since we have no other choices...

Cockpit, seats and wheel bay areas very, very simple, so I went for resin seats (the kit's are too small actually) and, to match the Brazilian built version, I also got larger tip tanks from a local provider. And, of course, extra decals set.

These birds, built under license by EMBRAER, were extensively used here in Brazil from 1972 until 2011, mainly in the advanced fighter training role, but also for light ground attack and tactical reconnaissance missions (as this build replicates).
For that, a Vinten pod, with a set of four cameras, was used under the left wing.

Painted with Gunze Aqueous, I've tried to weather it just enough to show the intense, but also careful use, so not too many scratches, just the expected faded paint. 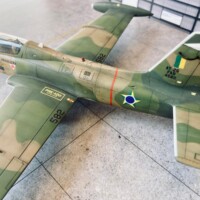 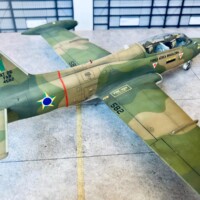 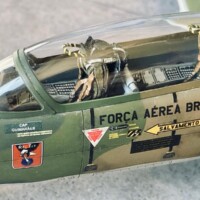 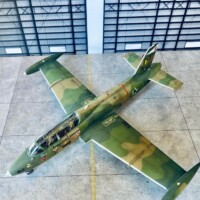 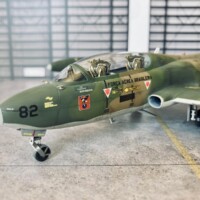 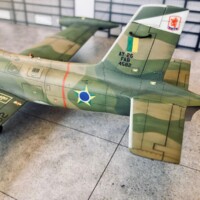 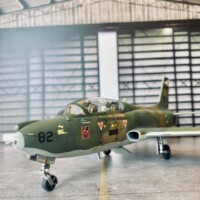 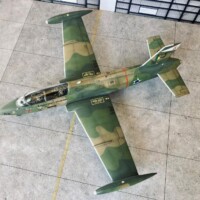 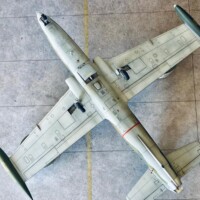 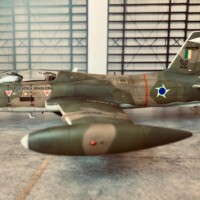 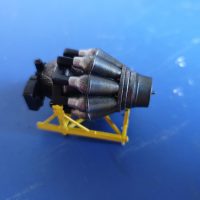 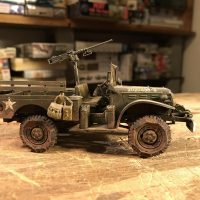 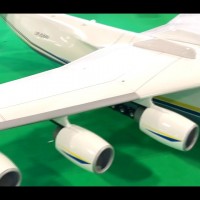 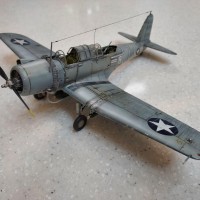