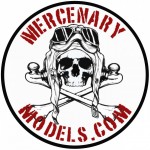 I'm an architect who actually started my career building architectural models. I began building back in the Revell, Monogram, and Aroura days starting out mostly with ships. When a certain T.V. show came along, featuring F4U Corsairs, I started building airplanes focusing on WWII subjects. As I get older I enjoy building models for myself as well as for others. Occasionally I'm lucky and get paid for my works but most of the time I build for free. It just depends on the situation. I also have found the joy and value in model photography. Every model I've built has been broken in some way or the other so having nice photographs of my hard work has been rewarding in many ways.

Check out my website and let me know what you think. It's continually a work in progress.

Tamiya's P-38 is without a doubt the best engineered 1/48 scale model I've ever built. It is simply clever in every respect. I started this model about a year and a half ago and since I started I've completed six other projects. It was [...] 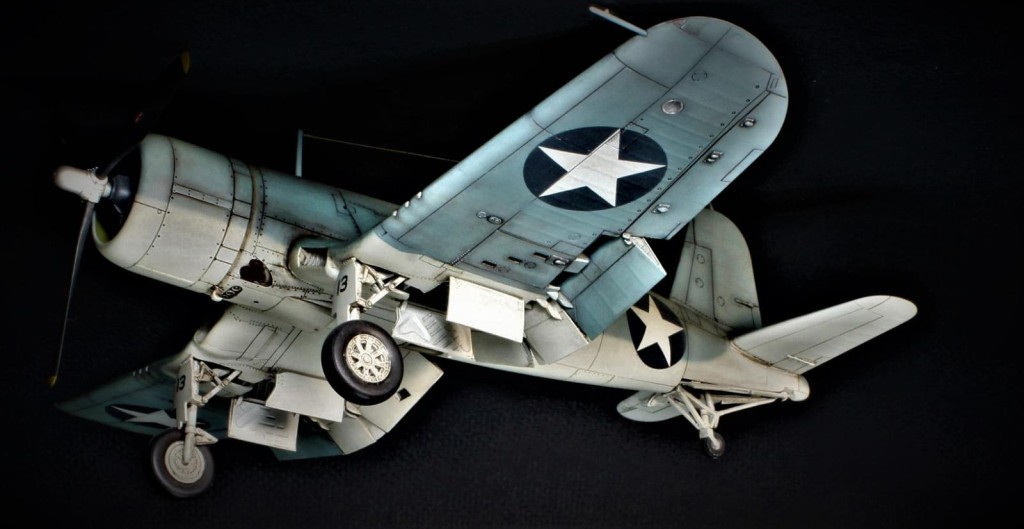 Ken Walsh was the first Corsair Ace while serving with VMF-124 arriving on Guadalcanal in February 1943. Walsh claimed his first three Japanese planes on 1 April 1943 and two more in his next combat action, 13 May 1943. Walsh brought his [...] 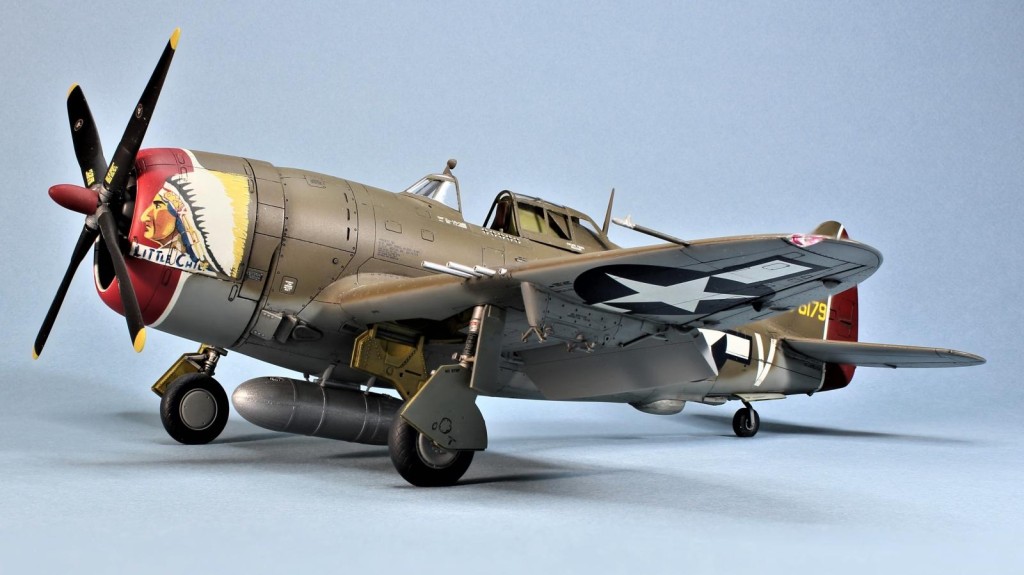 Tamiya's 1/48 P-47 Thunderbolt build straight out of the box. I actually started this model sometime around 2001ish and had it about 95% complete around the time my daughter was born later that year. So for that and other real world [...] 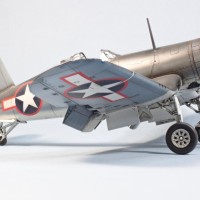 This model represents the "Spirit of 76" flown by Major Robert G. Owens, USMC with Marine squadron VMF-215. This aircraft was the first to arrive at the newly captured airfield at Munda, New Georgia in the Solomon Islands where [...] 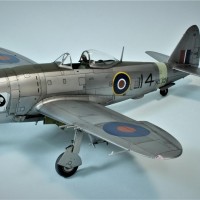 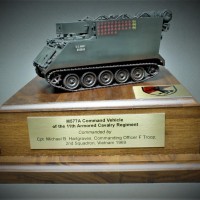 This weekend I presented this 1/35 scale M577 Command vehicle commanded by Cpt. Michael B. Hartgraves (my Father-in-law) who served with the 11th Armored Cavalry Division, Vietnam in 1969. This was an 80th birthday present my wife and [...] 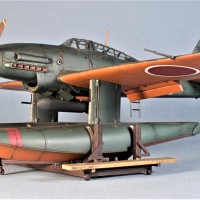 This is a model I built over 20 years ago inspired from a color (not colorized) photo I found on the internet of an Aichi M6A1 Seiran sporting a unique paint scheme. The plane was found damaged after the war by US occupation forces. The [...] 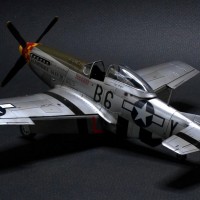 I finished this Tamiya P-51D Mustang in Chuck Yeager's markings. I was thinking this would be a quick build (and it should have) but it ended up taking me almost three months. The model is built straight out of the box. Markings were [...] 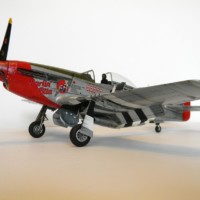 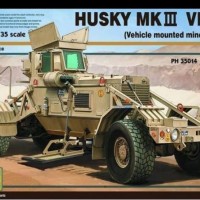 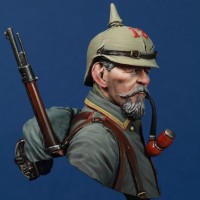 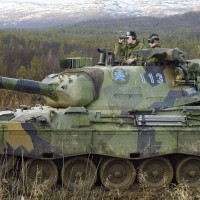 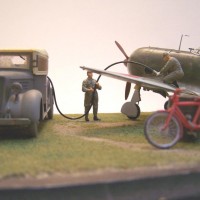 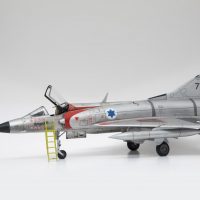