The Z class was Germany's answer to the fascination with the so-called Super Destroyer of WWII. 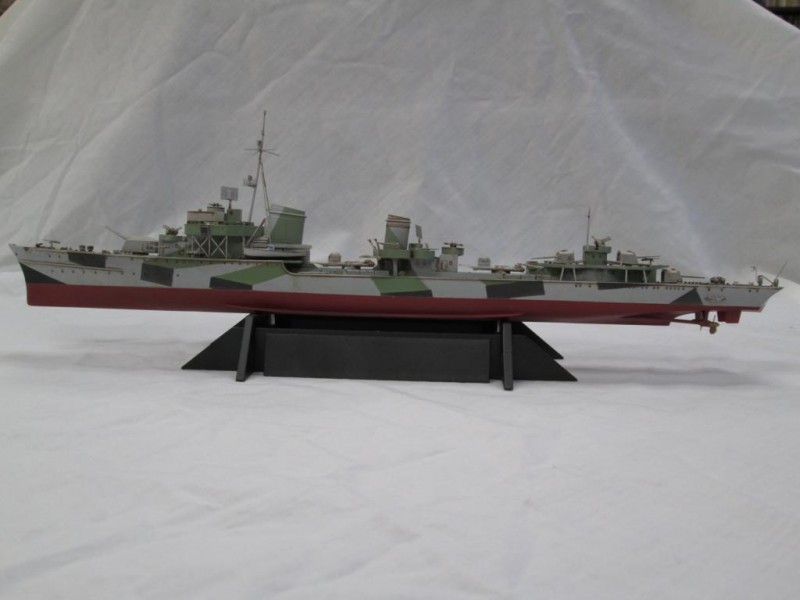 France had the Fantastique; England had the Tribal class. Originally envisioned as a flotilla leader, Germany tried to trump the competition by placing light cruiser-like armament on a destroyer hull. (NOTE: The Americans went the other way, and built the Atlanta class light cruisers -- with destroyer armament!) Thus the "A" turret (in front) was the same as the secondary turrets on the battleships, Scharnhorst and Bismark. The twin 5.9" guns were expected to give extra hitting power at destroyer ranges, but unfortunately, the excessive weight of the turret made the maneuverability of the ship a real dog. Her range was also attenuated, so she spent most of her time in the confined waters of the Baltic. Often known as the Narvik Class, after the entire flotilla slaughtered by the British at Narvik, the Z class was best at evacuating civilian refugees in the face of the Russian juggernaut. A few of the class survived the war and were disbursed among the allies as war reparations.

This model is actually a modification of the Z-22 by Trumpeter. Each vessel in the class as released by both Trumpeter and Dragon shows variations of main armament and anti-aircraft suite. I replaced the forward single AA guns with a quad 20mm and added the third single 4.9" gun on the stern in place of enhanced AAs 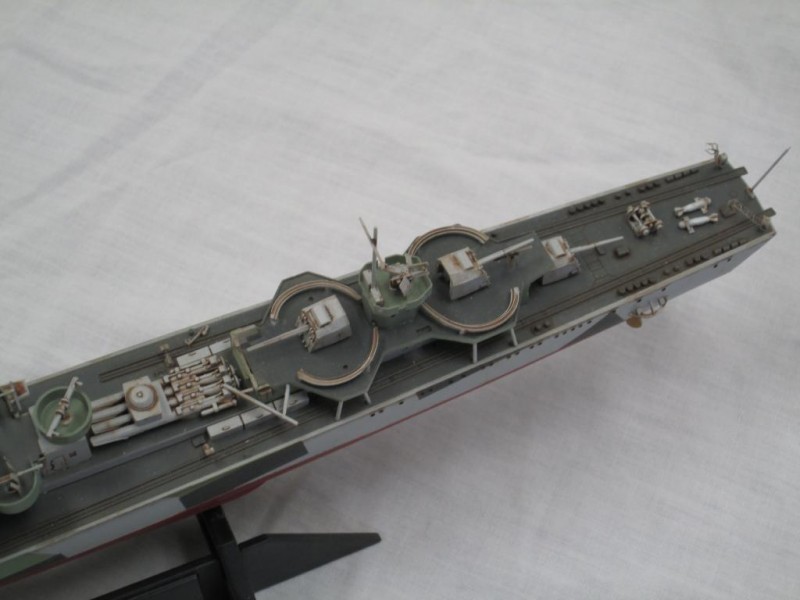 . I also added wood decking on the bridge area 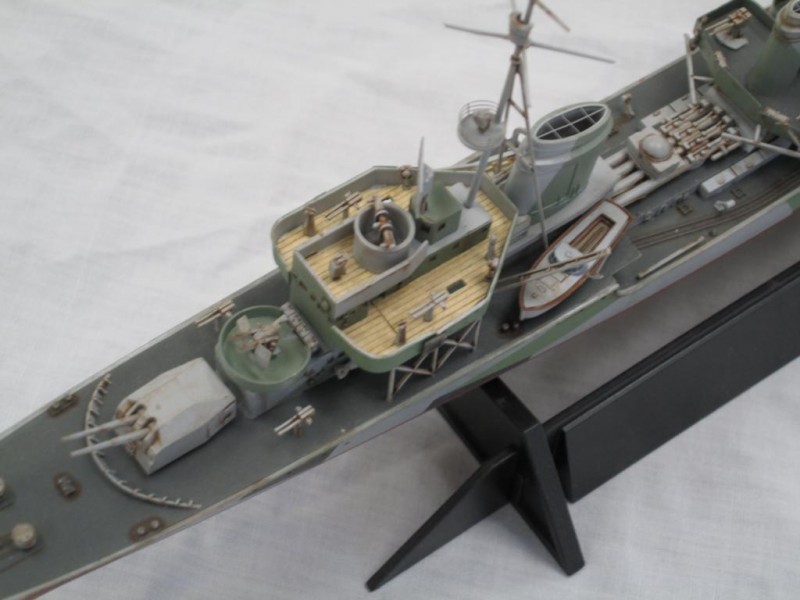 I particularly like the unique camouflage pattern -- a simulated sinking ship with a broken keel. The green, black and grey color blocks make for an eye-catching pattern.

Trumpeter's Z-class are much easier kits to build (but at the expense of the extra detail) than those distributed by Dragon, I recommend them to anyone wanting to dip their feet into ship building waters. 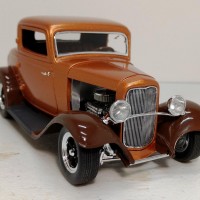 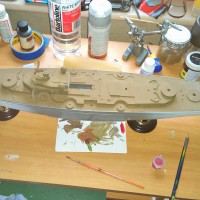 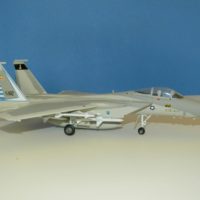