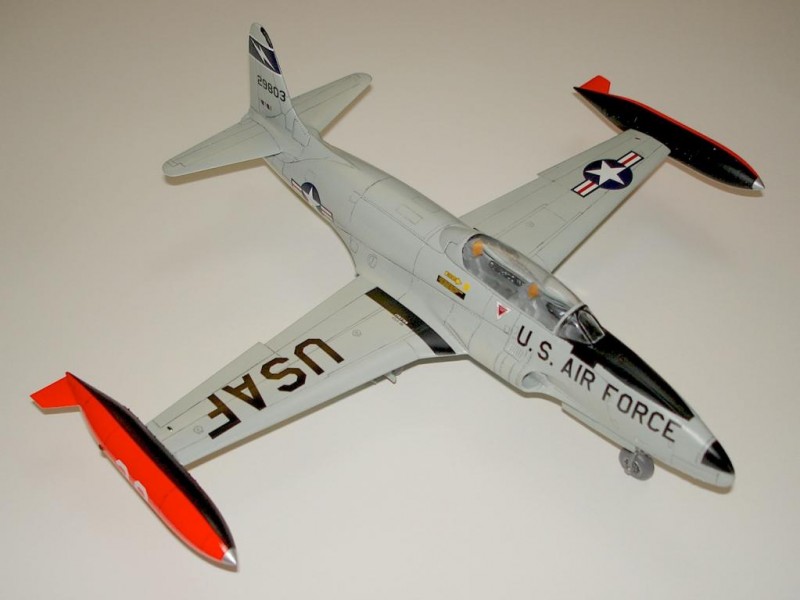 that will be in the main library for the month of November here in Gainesville Florida.

US Air Force, the T-33A and its variants enjoyed a long service history

in the United States. The T-33A Shooting Star (or T-Bird) was produced

by Lockheed. Originally designated the TF-80C Shooting Star, a design

stemming from the famed Lockheed "Skunk Works" and the work of

Kelly Johnson, the T-33A proved itself as a durable and rugged aircraft

that truly stood the test of time. The T-33A made its first flight on 22 March

age, the T-33A remains in service worldwide. Several T-33s were

assigned to US Air National Guard units, including Florida, to be

Though the Academy kit is not flawless, it was a nice kit nonetheless. 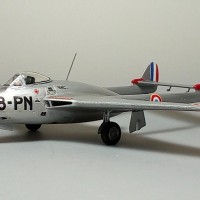 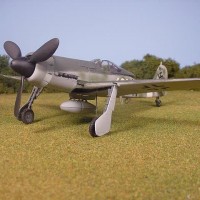