Arrrrgh she be done! 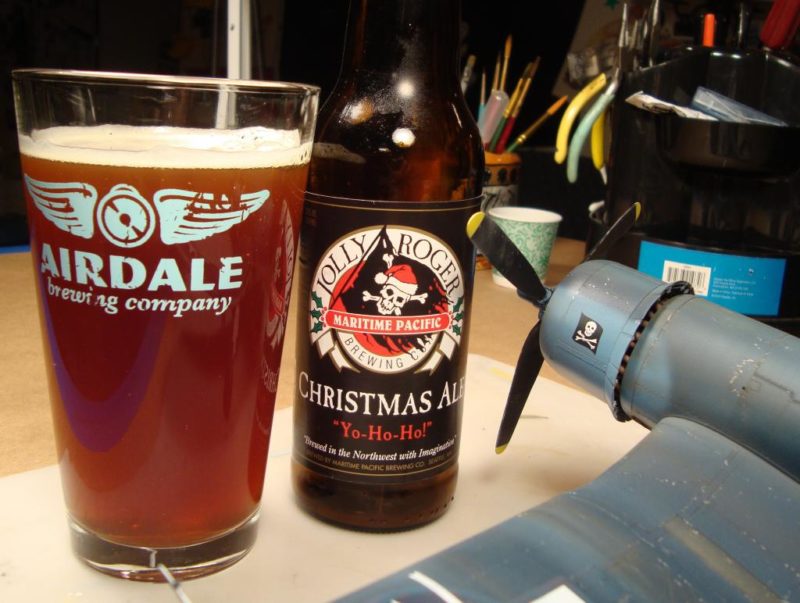 Fredrick “Big Jim” Streig was one of the original member’s of “Blackburn’s Irregulars” The Jolly Rogers of VF-17. Born in Sacramento California he earned his wings of gold and was commissioned as an Ensign October 1, 1942. He was with them for both of their combat tours, October – December 1943 flying out of Ondongo New Georgia, then January – March 1944 from Piva Yoke Bougainville. Streig was credited with 5 ½ kills making him one of VF-17s aces.

I finally settled on Big Jims #3 because of the pictures of him I found both on the net and in Lee Cooks superb books on VF-17, which are must reads for anyone with interest in the subject. As I wrote in a previous post there has been some controversy regarding the surrounds of the national insignia of VF-17 Corsairs, especially during their first tour. Many modelers use the red surrounds for this period and even up through March of ’44 when the squadron turned in their corsairs and left for home.

Personally I am on the side of the red being over painted with a camouflage color. Where I diverge from authors like Kolacha who states categorically they were in the same medium blue as the wing undersides and fuselage sides, is I think it was closer to the shade of one of the darker blues and the way it contrasts with the surrounding blues in various lights is why we see in some photos very light surrounds and in others dark ones. Looking at the pictures of my build, the color does seem to vary depending on the angle and lighting. The red surrounds MAY have been at Ondongo for a short period, but I believe they were probably painted after transiting the Suez Canal, either at Pearl, or on the trip to the Solomons.

Now I also am certain (as I can be without color pictures) that the paint wore off, at least in spots, and I have tried to re-create that on my model. One of the biggest challenges was how to do that. After failing miserably using masks, I opted for a mix of decals from Eagle editions, kit and AJ Press Jolly Rogers Volume 3. I carefully masked the decals prior to application, using the red surround Tamiya decals for the wings, then rubbing off some of the blue, the fuselage are from AJ Press (Techmod I believe) and I masked them and lightly sprayed some red to show wear.

The rest of the decals were from the Eagle Editions sheet. I chose to utse 4 kill flags as seen in my favorite picture of LtJg Streig. The blues are a mix of Tamiya Acrylics, and sure came our blue in the pictures! I tried to tone them down before posting as they are not that vivid in real life, but finally got tired of massing with it in iPhoto. As for the beer, I thought it an appropriate choice!

The last picture is what is up next, a little relaxation build before my next “serious” project. I really enjoyed the kit and read 3 books on VF-17 while building it. EDIT Fixed the too blue on some of the pictures.

19 responses to Arrrrgh she be done! 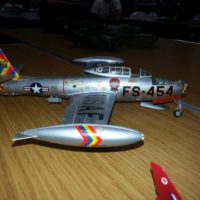 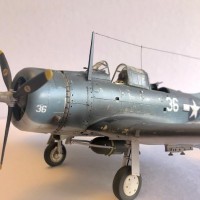 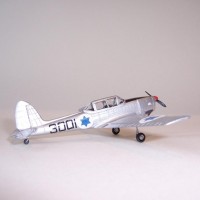