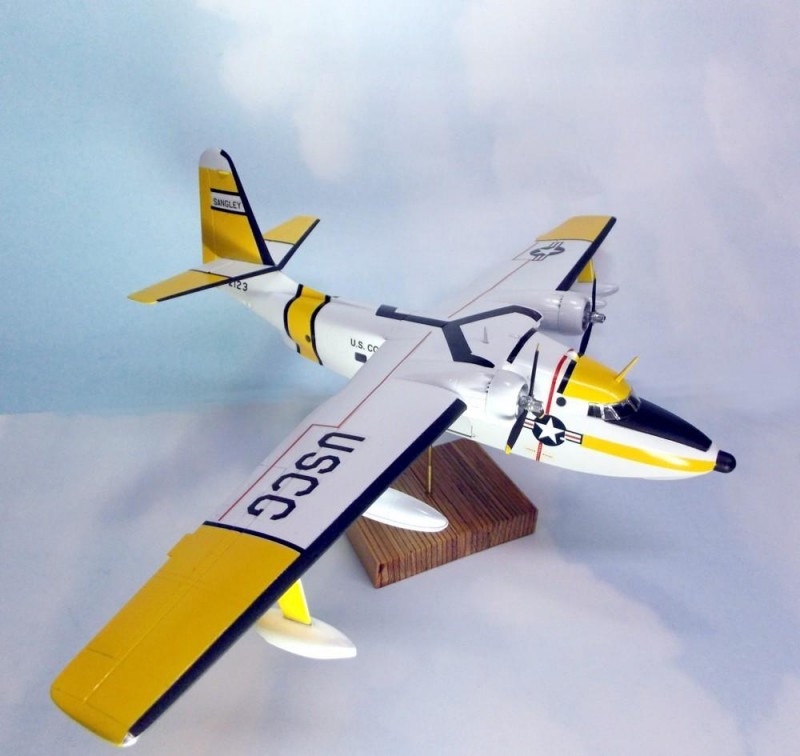 The HU-16 first flew in 1947, designed as a replacement for the PBY "Catalina" amphibian. The US Air Force puchased it's first example in 1949 with the US Navy taking delivery of the amphibian in 1949. The US Coast Guard received it's first plane in March 1952. In 1956 Gumman offered an improved version, the model "B". Among it's improvements was the addition of a 70 inch extention outboard of the engine nacelle and a 39 inch extension to the wing tips. The majority of the "A" models were modified to reflect these improvements in performance and flying characteristics. While it's prime mission was search and rescue, there were ASW versions, utility versions, airborne communication (Tactical air command) and courier (passenger) models. Besides the US Military, the aircraft was utilized by foreign air forces including Canada, Germany, Brazil, Taiwan, Italy, Phillipines, Norway, Japan, Argentina, Greece, and Spain.
The US Coast Guard was able to retire their mixed inventory of PBY, PBM, and P5M aircraft with the purchase of 88 HU-16's. The HU-16 gave over 31 years of reliable service to the Coast Guard, rescuing thousands of people in distress on the water. The last operational HU-16 made it's final flight on 10 March 1983 at USCG Air Station Cape Cod in Massachusetts. Today the plane is on display at Cape Cod Air Station as a monument to all those that flew the Albatross and to Coast Guard Aviation.

The model is Monogram's old standby kit from 1958. I recall building the kit in 1960 during a school vacation. It went together pretty well, had a raft with two downed pilots but best of all had retractable landing gear! Monogram has released this kit over the years as the USAF version but in 1975 released the model in USCG colors. I think I've built 6 or 7 examples of this kit as an adult, painting the plane in a variety of colors. The first thing I learned was to sand the entire model to eliminate the giant rivets that detract from the plane's appearence. I've built three of the kits in CG livery, the original silver and yellow, the last paint scheme with the CG stripe and this version with an experimental gloss white and hi viz yellow. The service tried 7 paint schemes over the years to make their aircraft more visible (mainly to other aircraft) while flying at low altitudes searching for survivors. The white/yellow wasn't adopted as a standard paint scheme but makes for an unusual model. Oh, I almost forgot, the CG crews that flew the actual plane refered to the HU-16 as "The Goat", partly because the exhaust made the plane smell "like a stinky old goat" and also because it was as "steady as a goat climbing a mountain". Either way it served the nation well. 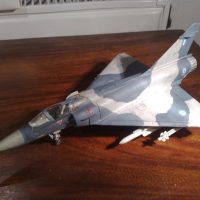 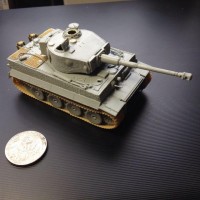 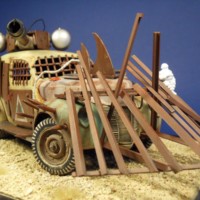 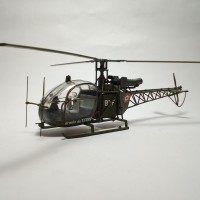