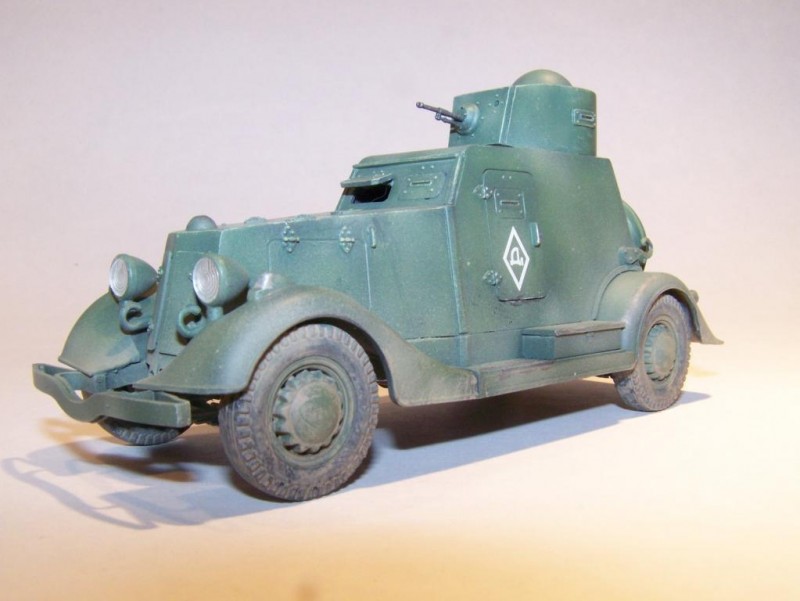 October 29 was not a good day for yours truly. Mr. graceful managed to break his right shoulder pretty good. The right wing is going to be in a sling for a long time. Not normally a TV watcher I did a lot of that then decided that’s enough of that, let’s see if I can glue stuff together left handed. By holding my right arm close I could use my right hand without straining my arm too much. Using liquid glue lefty was a trick but I got used to it. Trimming with the X-Acto was a bit tougher but by George I did it. Having seen the Russian movie “Brest Fortress” on U-Tube which featured a cool little armored car, the BA20, I had one recently purchased for $10.00 right at hand. It’s the old Alan 1/35 model, not known for it’s detail or perfection. What’s to lose? Mostly it fit together well, with large enough parts for the one armed builder. It’s a one- color scheme , I even managed to spray it meself too. Slow and steady does it. A bit of Tamiya Earth on the wheels and some Floquil dust, and that’s that. Easier than typing this.

While filming it (yup tripped the shutter left handed) I realized my armored car collection was growing, so I took some family shots. Have 3 more in line too, including the new Takom Skoda “turtle” and a nice resin British Morris. Think I’ll wait for two arms for that one. 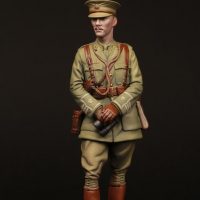 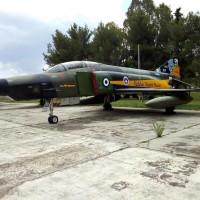 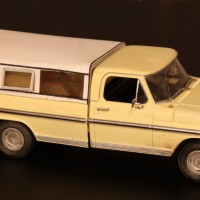 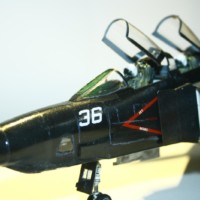