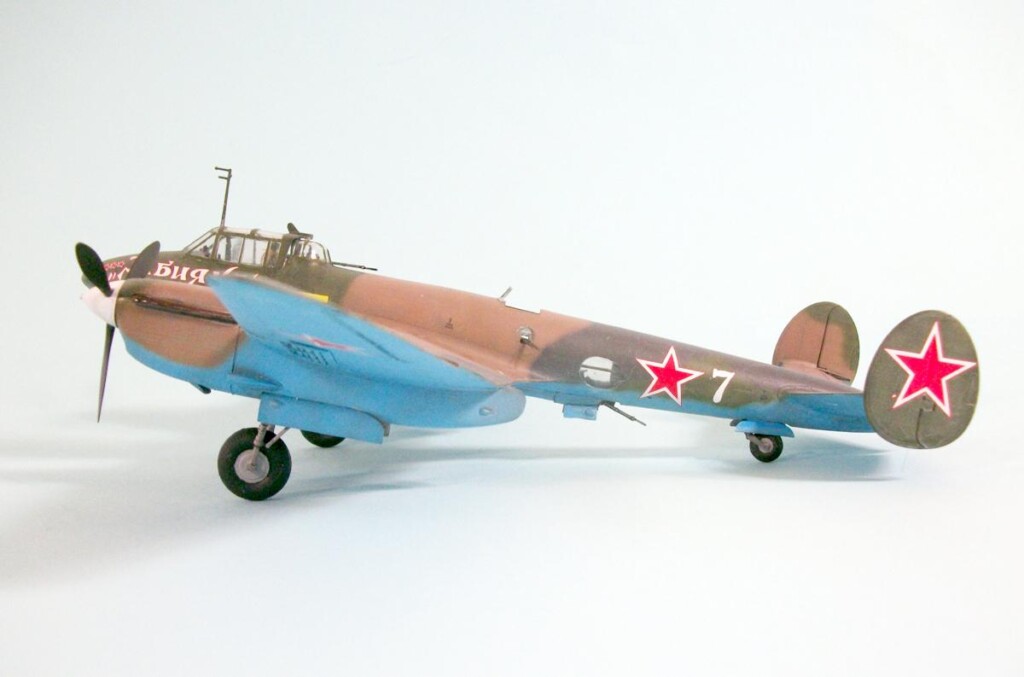 Known to its crews as the “Peshka” (pawn), the Petlyakov Pe 2 was considered one of the best ground attack aircraft of the war and it was extremely successful in the roles of heavy fighter, reconnaissance and night fighter. It was called “The Soviet Mosquito” for its speed and multi-role adaptability. One of the most important multi-engine aircraft of the war, it was third behind the Ju-88 and Wellington in production numbers, with 11,427 built. The Pe 2 was fast, maneuverable and durable, and was used by several Eastern European Warsaw Pact nations and Communist China after the war, known by the NATO reporting name “Buck” before being phased out of service in 1955.

Designer Vladimir Petlyakov was arrested and imprisoned in 1937 on a charge of “sabotage” for allegedly deliberately delaying design work on the Tupolev ANT 42 bomber (later known as the Pe-8). Working in a prison design bureau (sharashka), Petlyakov was placed in charge of a team ordered to develop a high altitude fighter escort for the ANT 42 under the designation VI 100. The first of two prototypes flew on December 22, 1939; it was a very sophisticated aircraft for its time, featuring pressurization, all metal construction, superchargers and many electrically actuated systems. The prototypes were so successful that production was ordered almost immediately. Petlyakov and his team could see the VI 100 prototype from their prison as it was put through its paces for the crowds watching the annual May Day parade in 1940.

Just as production was about to begin, the air force ordered a re design. The Luftwaffe had just demonstrated the value of tactical bombing in the 1940 Blitzkrieg, and the need for an aircraft similar to the Ju-88 suddenly became much more important than the need for a high altitude escort fighter. Petlyakov's team was given 45 days to redesign their aircraft as a dive bomber. Pressurization and superchargers were deleted, while dive brakes a bomb bay and a bombardier position were added. The resulting aircraft was initially designated PB 100, but Josef Stalin was impressed enough with Petlyakov’s work to free him, and his name was used in the aircraft's designation. The first aircraft flew on December 15, 1940, having been rushed through production without a prototype under severe threats from Stalin if a Pe 2 did not fly by the end of the year. Deliveries to combat units began the following Spring.

The Pe 2 quickly proved itself to be a highly capable aircraft following the German invasion, able to elude the Luftwaffe's interceptors. On 1 July 1941, six Pe 2s fought off attacks by four Bf 109Fs, shooting down two. A week later a group of Pe 2s was attacked by four Bf 109Fs and again brought down two of the attackers. On both occasions the bombers suffered no losses. On the southern front, a bombing mission against Ploesti by six Pe 2s, led by Capt. A. Tsurtsulin, resulted in the destruction of 552,150 gallons of petroleum. The Romanians claimed that at least 100 Soviet aircraft had participated in the attack. A German pilot shot down by a Pe-2 stated the Pe 2 “... is a fast aircraft, with good armament, and it is dangerous to enemy fighters." Pe 2 crews complained about insufficient defensive armament and survivability, due to insufficient armor and fire risk, especially for the navigators and gunners as German pilots soon discovered the limited sighting angles of the ventral gun mount. On average, ten Pe 2 gunners were wounded for every pilot, and two or three were killed for the loss of one pilot. The design was steadily refined and improved throughout 1942, in direct consultation with pilots who were actually flying them in combat. Improved armor protection and a fifth ShKAS machine gun were installed and the fuel tanks were protected.

The resulting sub-type has been called the Pe 2FT for production series after 83 (FT stands for Frontovoe Trebovanie - Frontline Request), although no official Soviet documents use this identification. A friend tells me the slogan on the nose is the Russian equivalent of "Bully!" (I am sure one of our Eastern European members can correct that if necessary)

The Pe-2 is my favorite Soviet aircraft of the Great Patriotic War, and I am really glad to see this important aicraft finally given proper treatment by Zvezda. Airfix was the first to attempt the Pe-2 with a 1/72 kit issued in the 1960s which was the only alternative for some 40 years. Both MPM and HiPM issued 1/48 kits in the late 1990s/early 2000s. Both were difficult kits and indifferent models when completed.

Zvezda’s kit is everything every other Pe-2 kit has not been. It is overall accurate, with great detail inside and out. It has what I think is the best surface detail of any kit ever: the panel lines and rivet detail are so petite you have to hold the model up to the light to see it. The kit provides decals for three aircraft. 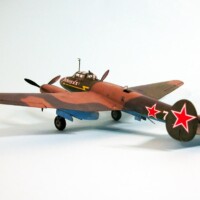 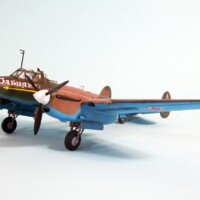 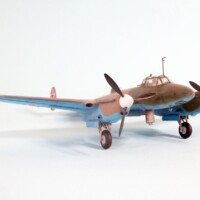 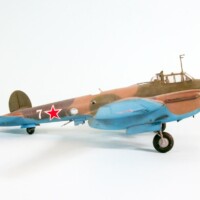 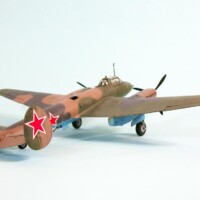 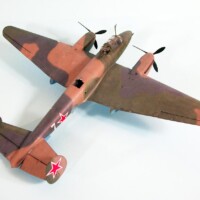 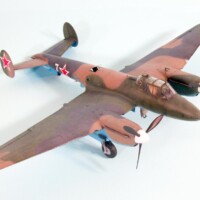 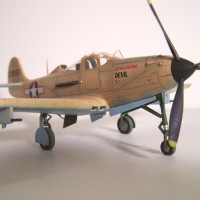 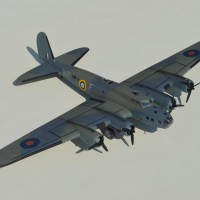 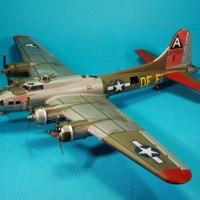