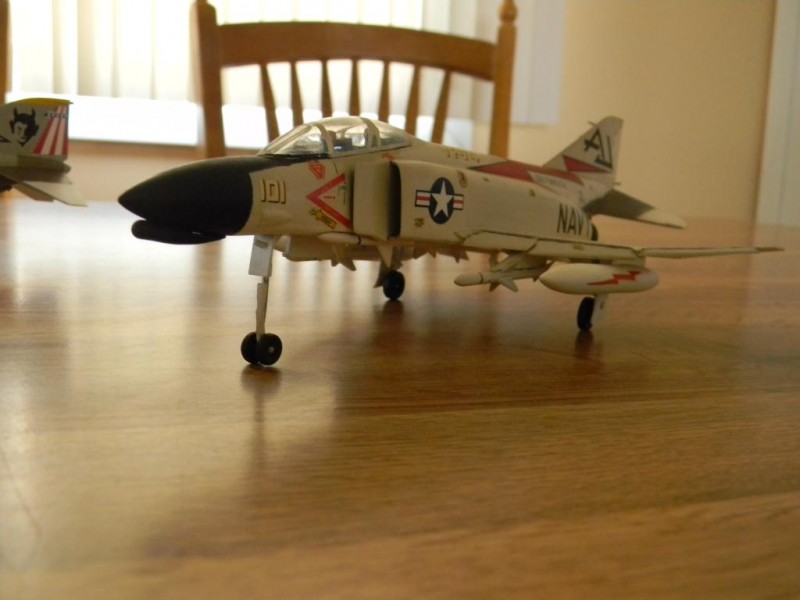 Three Phantoms- one old build, two fairly recent, The first is I believe VF-74’s first scheme of the 1960’s . I used an old Hasegawa F-4J which really is a ‘B’ because of the thin wings, Airfix decals, crudely dropped the slats and flaps and extended the nose strut for a cat. shot. The build is over thirty years old. ouch!. The second is an ESCI with micro scale decals. the scheme is from the Bicentennial-1976. The third is Fujimi, using kit decals. the scheme 1977-1979 ,was the squadrons first low viz.attempt. when nothing was standard yet. All 1/72. In my humble opinion, I’ve never built a new Hasegawa, but between the Fuji, Monogram and ESCI , the ESCI is an easier build with less filler required and less fiddly. One note typical weapons load out on a Med cruise in the ’70s was one or two sidewinders and two sparrows in the rear troughs, I rarely saw them with four sparrows. thank for looking.. 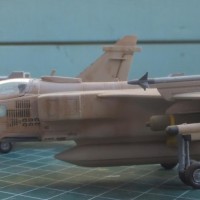 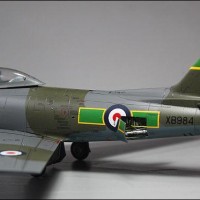