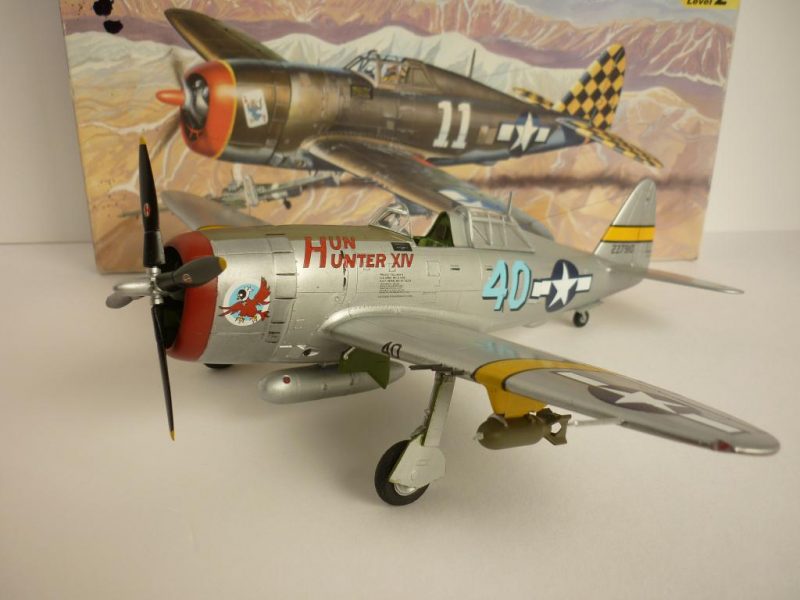 I seem to be stuck on building old Revell and Monogram kits of late. Here’s my latest effort at trying to build an old uncomplicated kit so that it looks well. Copyright on the box is 1998 and it appears it’s been recently re-released by Revell with new box art and decals. Not sure who did the kit first, Revell or Monogram. Either way it went together well, hardly used any putty, I did cut out the Nav lights and replaced them with clear scrap. The cockpit is molded as one piece which makes painting no small task. An after market cockpit would be great if one exists for this model. I did use a P-47D hardness decal from a Tamiya kit I have in my stash. Other than that the cockpit is stock. .

The gun barrels as well as the pitot tube are molded into the wing and of course in handling I broke off a barrel. Also used an aftermarket drop tank as the one provided in the kit was missing. One of the reasons why I guess it only cost $5. The kit decals were shot so I used an AeroMaster set, 48-083, and they really went down well. Highly recommend them. Tamiya paint, AS-17 gloss aluminum, along with Model Master paint was used then over sprayed with Model Mater semi-gloss lacquer from a rattle can. The A/C depicted is from the 65th FS,57th FG, 1944. Now turn off the computer and go build something. 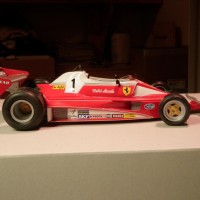 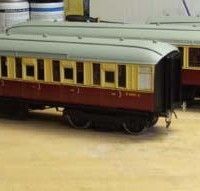 And now for something completely different! Scale 1/43