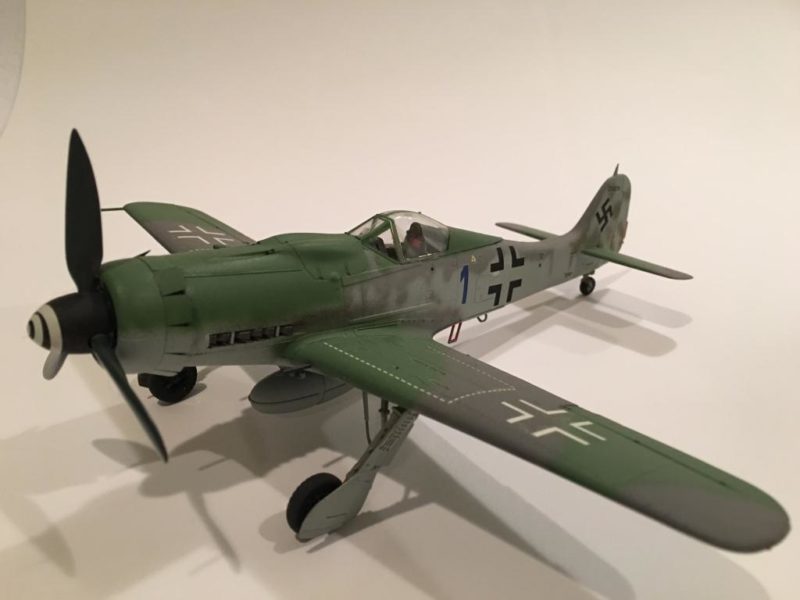 Oscar Romm was a Luftwaffe “Experten” who is credited with 92 kills. 82 of these were from the Eastern Front, the remaining 10 on the Western front. JG 3 was heavily involved in the Reich Defense during 1944 until the end of the War, and their main targets were Allied “Heavies” (called Viermots by the Luftwaffe). Viermots means four motors.

Romm flew with 1. JG 51 “Molders” while in Russia until 1944. While flying in this unit he achieved 76 victories over Soviet aircraft. At the end of February 1944 he was awarded the Knights Cross and transferred to JG 3 “Udet”, which was serving on the Western Front by now.

Eventually Romm became the “Kommandeur” of IV / JG 3 on February 17th, 1945. While flying with JG 3 he was credited with shooting down 8 “Viermots” (with 3 kills in one day on July 18th, 1944). Finally on April 24th, 1945 he was injured in a crash landing which ended his flying career. Earlier on that day before the crash, he had been in combat with Soviet Il-2’s.

I was inspired by the artwork on the Squadron Signal “Walk Around” book on the FW-190 D series planes. Eventually (many years later) I found these other two books by “Osprey” on JG 3 and “Viermot” Aces, which I used to present a few photos of the man himself and information on him.

I highly recommend both of these books if you have an interest in the European Air War during WW2. They are loaded with photos, unit and individual stories and have some very nice artwork profiles on some of the planes mentioned.

This plane was built trouble free right out of the box. The decals were from my spares and some were used from the kit. I didn’t add the antenna and it’s only a little weathered with slight exhaust staining. I guessed that during this time of the war things were not going well for Germany and the planes probably didn’t last long enough to get too beat up as a rule.

My “Butcher Bird” was painted using Model Master enamels and sprayed using an Aztek air brush with a tan tip. It is finished in RLM 75, 76 and 83 (although some sources say this may now be called 82) Late war German colors are still a subject of debate for some. For me personally, I like it just the way it is. It looks like a 190 to me…

As always, comments are welcomed. 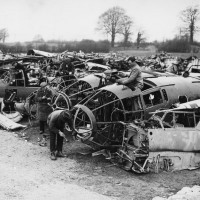 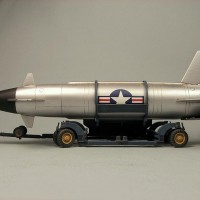 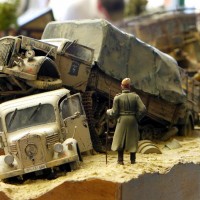 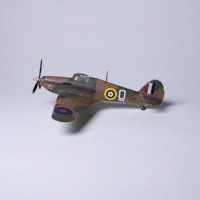