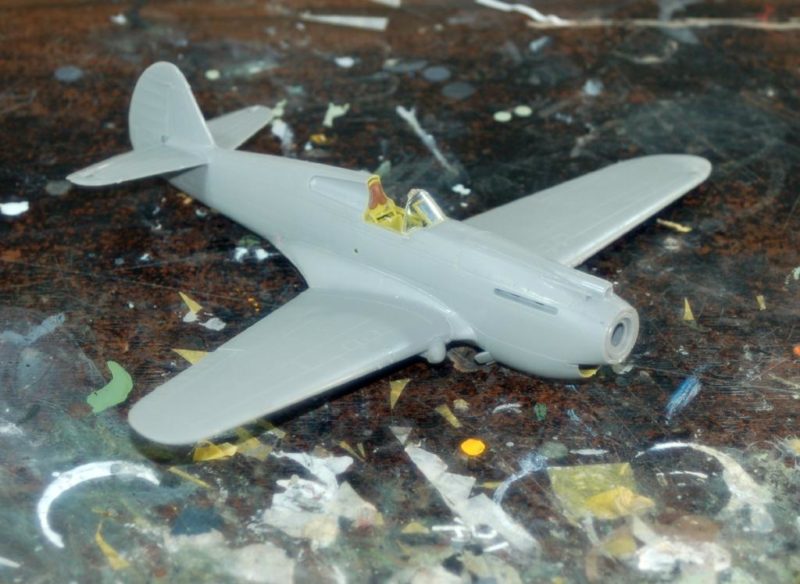 It's likely everyone will be doing this kit soon, so here are some notes on construction and some detail information on AVG airplanes.

As the four assembly photos demonstrate, if you take care in assembly, you will not use any filler or putty. That's a first for me with an Airfix kit and an indication of just how good the kit is. Follow the instructions and all is well.

AVG airplanes were British Tomahawk IIs. They were painted in Dupont "Equivalent colors." I am using Tamiya Flat Earth XF-52 mixed with Tamiya XF-68 NATO Brown (to match the FHC restoration) for Dark Earth, Tamiya NATO Green XF-67 for the Dark Green (a good match for US Medium Green, which is what Curtiss used), and Tamiya Light Grey XF-66 for the lower surfaces. If you are going to sun-fade (and these airplanes were in the sun and boy did they fade), the Dark earth went towards a grey/yellow hue (I am adding in Tamiya Desert Yellow XF-59), while the green faded into a bluish hue.

I am putting up some copies of the photos taken by Claire Boothe Luce when she visited the AVG in May 1942, which have been color-corrected. If you happen to have Air Enthusiast 2, the article there about the AVG has beautiful prints of these photos done from negatives. You can see the camouflage is "hard edge," and what the fading looked like toward the end of their service. The photographs of the P-40C now at FHC show the paint in its original, unfaded colors, which gives a good starting place for the "sun-fading" match the Luce photos.

I am also including six air-to-air shots I took in April 1998 of the first early P-40 to be restored to flight. Erik Shilling said at the time it was a P-40C because it had the fuel lines for the drop tank. This airplane crashed in a forest outside Murmansk in April 1943 and was recovered in 1993, then brought to Fighter Rebuilders at Chino for restoration. When they started taking the paint off, they realized the olive drab was a coat painted over the original markings - that of a P-40C of the 77th Pursuit Squadron of the 20th Fighter Group! At that time, no one could understand how a USAAC P-40C ended up in a Russian forest outside Murmansk. My later research revealed how it must have happened (there was no paperwork for this). In April 1941, the US passed Lend-Lease, which the US military did not like because they saw their supply of equipment threatened and they delayed and resisted. FDR signed a secret Executive Order in May 1941 that whenever a US unit re-equipped with newer items, the old equipment was to be returned to the manufacturer, where it would be reconditioned for Lend-Lease. In June 1941, the 20th Pursuit Group re-equipped with P-40D Kittyhawks. The P-40Cs would have been flown to Curtiss in Buffalo. Curtiss most likely just repainted them OD/Grey over their markings, disassembled and crated them for Lend-Lease to the UK. Following the German invasion of the USSR, Churchill directed that 200 Tomahaks from Lend-Lease be diverted to the USSR as a symbol of British committment to the new alliance. These 48 P-40Cs were in that shipment, which arrived in Murmansk in September 1941. There have been other shots of early P-40s in Soviet markings in OD/Grey US camo, which confirms this as the likely explanation. This airplane today is in the Flying Heritage Collection, in AVG markings as Bob Neale's airplane.

This kit is being done as my friend the late Erik Shilling's photo plane, which is why there is a hole in the lower fuselage for the camera port. The next will be a OD/Grey P-40C in Red Air Force markings.

Cutting Edge did a series of three AVG decal sheets (which includes Erik's airplane). Also Aeromaster did an AVG Special decal set, which has a lot of good information on markings and paint jobs. You can find these up on eBay (or you could before this kit came out). Xtradecal has two sheets out now that have British, USAAC and other AF markings (Turkish on one sheet IIRC).

As regards the light blue and dark blue Chinese markings, the light blue is what the Chinese paint they used faded to. You would find that on the upper surfaces, with the lower surfaces not faded so much. On an airplane during the first month of so of service, the upper insignia would still be dark.

Erik told me he drew each sharkmouth on the airplanes of the 3rd Hells Angels - each other squadron did their own later. All the mouths are different, so be sure you know which airplane your are doing with what decals.

AVG P-40s all had lap belts only, no shoulder harness until they got P-40Es.

The kit is a dream. Don't listen to the OCD's over at The Other Place who are always making The Perfect the enemy of The Good. Hume Bates says it works. It's miles and miles better than anything else in any scale. 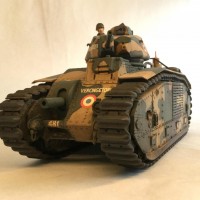 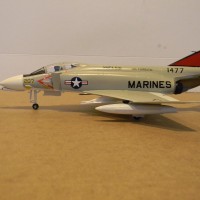 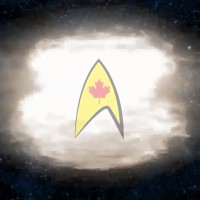 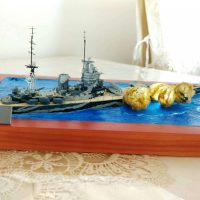