Built for the ‘Micro Modelling Month’ Campaign (GB) over at Modellers Alliance, Exactly three weeks from opening the boxes until finishing today – well I say finished, both models have a little ‘tidying-up’ still to do. The Phantom needs its ECM aerials on the top of the fin painted, a pair of 'concrete Sparrows' in the forward bays and the nav lights on the wing-tips. The Typhoon needs the IR sensor painted and again the nav lights on the wingtip pods.

The Phantom is the last one in my stash and was bought with around five or six others when they first came-out in 1987 – yes they are thirty years old this year – the others were all built and enjoyed but are no-longer with us. I have to say that I enjoyed every minute of this build and after five previous attempts at building one these things, this is the first time I think I got it right ! – that said a MASSIVE amount of credit must go to Modeldecal, Dick Ward really knew what he was doing back in the day, the decals are around twenty-five years old and behaved flawlessly.

The Revell Typhoon on the other hand was a massive disappointment. Yes I know it’s easy to find and relatively inexpensive but it’s a very poor kit, some poor fit issues, some dismal and some just plain unforgiveable. Yes they can all be fixed or repaired but definitely a 6.5-out-of-10 for RoG. I’ve not built the HB kit and can’t afford a Hasegawa one so I’ve nothing to directly compare it to, perhaps folks here could advise as I really want to build a German one soon !

Please feel free to make any criticism, ask any questions or make any comments. Thanks for taking the time to look and/or comment. 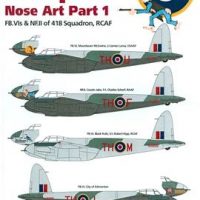 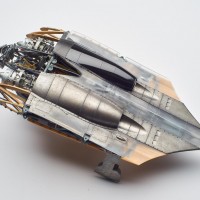 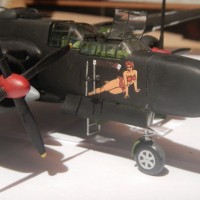 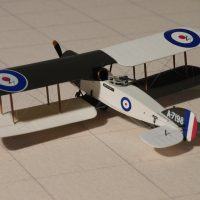