I had this kit in my stash for some time. I bought a Cutting Edge engine correction set for it, and didn’t think about building it until I saw the release of the Eduard BF110G-2 kit. The boxing I bought was the Wespen release, which comes with a resin nose. Unfortunately the kit decals had degraded, so that meant I had to look for a markings scheme.

I really liked an option in the Eduard kit, which essentially was a bomber hunter- with a belly mounted cannon pod. The wespen option (which I originally wanted with the Revellogram kit), apparently was a bomber with no cannon pod.
I fit the Cutting Edge parts, and modified the sit of the undercarriage legs (after some research on the internet) using photos of actual 110’s and the advice on an online build.
I used Revell AG 110 decals for the national markings and stencils, and modified some Revell- Monogram 1/48 Me410 decals for the fuselage codes.
While in the middle of the build, I found a vac canopy in a hobby store for the Revell-Monogram 110- thanks to my yearly trip to Pensacola and Bobe’s Hobby!
I am glad I finally have my 110 built- looking forward to getting some other WW2 twins built! 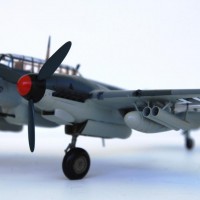 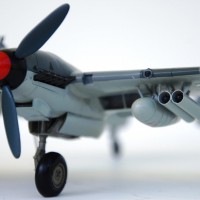 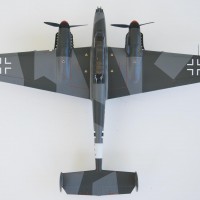 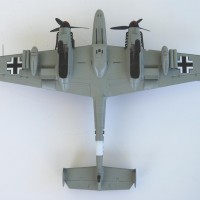 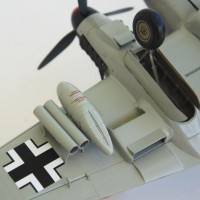 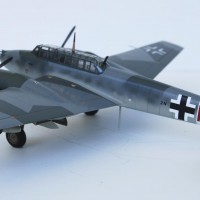 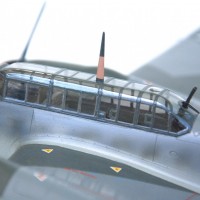 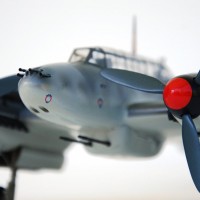 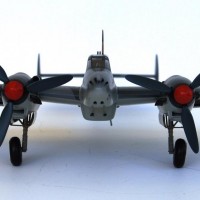 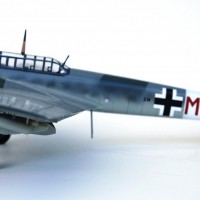 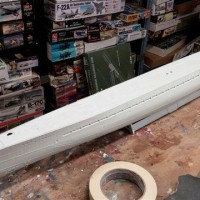 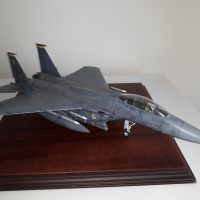 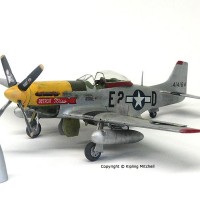