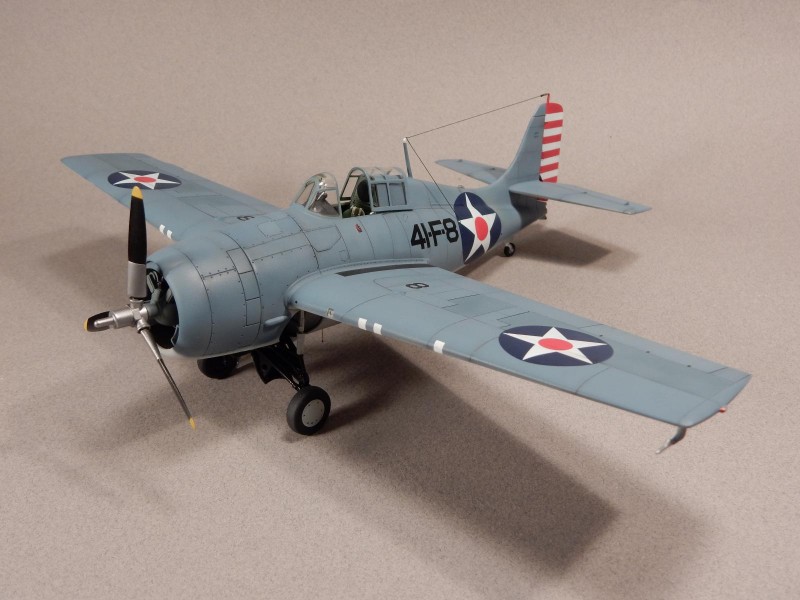 When Louis announced this group project I had already been eyeballing my trusty old Tamiya kit that had been sitting on shelf for some time. This was just the excuse I needed to get it going.

I choose to go with the classic pre-war/early war markings of the the USS Ranger, thats right! the same one everybody has seen over and over. Unfortunatley most of these red-ball markings on wildcats were on early versions, so options are few ! The kit provides these markings but I also had in my stash a trusty old set of Aeromasters decals that still looked good.

The first thing to do was to cut out the cockpit floor so that my pilot could actually utilize the windows in the bottom of the cockpit. I then added some photo etch seatbelts and some gauges from the Mike Grant gauge set. I replaced the oversized control levers and added some wire to busy up the office.

The fuselage is the big issue with this old kit. The raised rivets are hot and cold with me. Yes, they look nice but they also look a little large and are hard to work around, "so off with their heads!" I then had this great idea to fill in all 10 million little tiny rivet holes on wing surface. Big mistake, as this took days. Once I was finished, I gave it a nice light cote of Mr Surfacer 1500, then sanded it to a nice glossy shine with some 8000 grit micro mesh.

The canopy on this kit is actually the right size to be closed, but sits too high in the open position. To correct this I sanded the inside of the canopy down until it sat at a much lower and more accurate postion. If you try this, I caution you to be extra careful when repolishing the canopy because to get it thin enough, it becomes very thin and fragile, and easy to snap in half or crack it if you apply too much pressure. Once I got it polished and clear enough I dipped it into my old bottle of Future, and let dry for a few days. Then masked and painted with the rest of the model.

The model was painted with Model Master enamels, including the stripes on the tail. 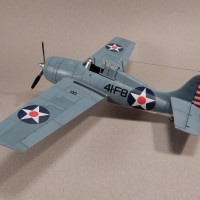 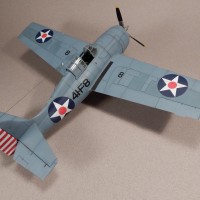 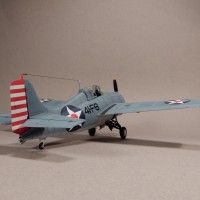 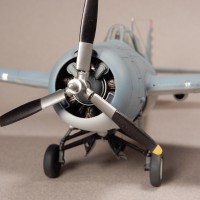 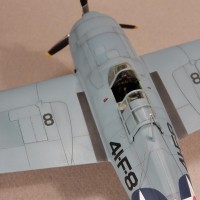 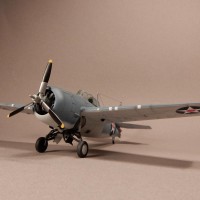 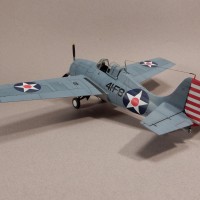 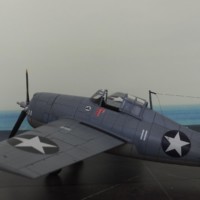 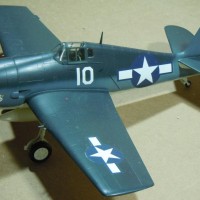 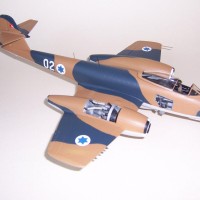