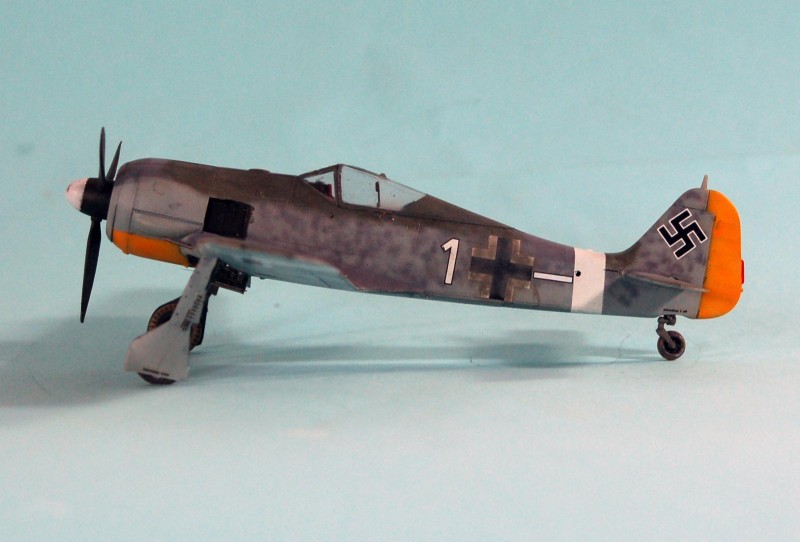 The son of a pipefitter, Bühligen was born 13 December 1917 in Granschütz, in Province of Saxony of the German Empire. He joined the military service of the Luftwaffe in Flieger-Ersatz- Abteilung (Aviator Replacement Unit) in Oschatz on 13 March 1936. Following his recruit training he served as an aircraft mechanic with Kampfgeschwader 153 (KG 153) from September 1937 to 15 February 1938. He then served as a mechanic with 2. Staffel of KG 4 from 16 February 1938 to 30 April 1939, when he was accepted for flight training. He was posted to 2.I/JG 2 as an Unteroffizier pilot in July 1940. Flying in the Battle of Britain, he scored his first victory, a Hurricane, on 4 September. By September 1941, he was awarded the Ritterkreuz with a score of 20 on the Channel Front and was Staffelkapitan of 6.II/JG 2.

In April 1942, II/JG 2 began to receive its first Fw-190 fighters. Bühligen was not only involved in the unit’s transition, but he was sent to Rechlin to help correct some teething problems of the new aircraft.

By the end of October 1942, Bühligen’s score stood at 30 victories and he was made Staffelkapitan of 4./II/JG 2; the most brilliant period of his career was about to begin.

In mid-November II/JG 2 was transferred to Sicily and then to Tunisia as a major upgrade to the Luftwaffe units in North Africa in an attempt to regain air superiority over the battlefield following the American invasion of Morocco and Algeria and the British defeat of the Afrika Korps at El Alamein.

The 48 Fw-190s with their combat-experienced pilots changed the air war. Between November 1942 and April 1943, II/JG 2 claimed more than 150 Allied aircraft destroyed. Incredibly, 80% of these victories was scored by the unit's six aces: Kurt Bühligen, Erich Rudorffer, Adolf Dickfeld, Kurt Goltsch, Karl-Heinz Bänsch, and Günther Rubell von Bülow. Kurt Bühligen scored 40 by the time he departed North Africam followed by Rudorffer with 27. Unfortunately, the German position was such that replacements were difficult to come by and the unit was never able to fully replace losses while in North Africa.

The Focke-Wulfs cut such a swathe through the P-38s of the 1st and 14th Fighter Groups that the Eighth Air Force would lose all its proposed fighter escorts, with the 82nd Fighter Group transferred to North Africa at the end of November and all pilots other than flight and squadron commanders of the 78th Fighter Group and all the group’s P-38s were stripped in January 1943 and sent to the groups in North Africa to make up losses. Bühligen himself shot down 13 P-38s and seven American-flown Spitfires of his total score of 40.

In May 1943, the surviving pilots of JG 2 were withdrawn and returned to the group’s home on the Cotentin Peninsula, where they now faced the growing strength of the Eighth Air Force.
On 2 March 1944, JG 2's Geschwaderkommodore, 102-victory Experte Major Egon Mayer, was shot down by P-47s. On 27 April, his successor Kurt Ubben, a 110 victory Experte was lost in combat. Bühligen assumed command of the Richthofen Geschwader on 1 May 1944 and kept the position until the end of the war.

On June 7, 1944, he scored his 100th victory. By the end of the war. Bühligen’s score was 112, 24 of them B-17s and B-24s, scored in 700 sorties, which made him the fourth-highest German ace on the Western Front. He was never shot down, but made four emergency landings after being damaged in combat. Following the German surrender, Bühligen returned to his home town, now in the Soviet Occupation Zone. He was recognized as a Luftwaffe ace, arrested, and spent five years in a Soviet POW camp.

Research on this airplane possible thanks to Martin's excellent IPMS-Stockholm site, where there is an article detailing this Fw-190. 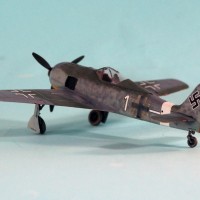 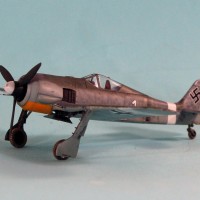 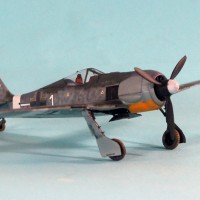 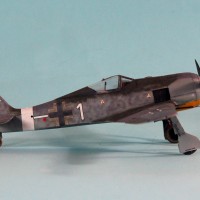 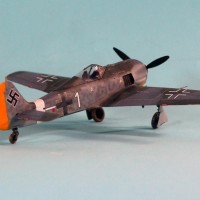 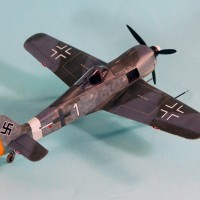 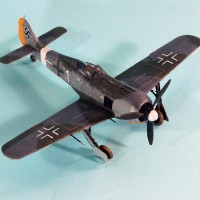 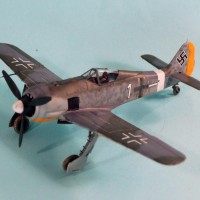 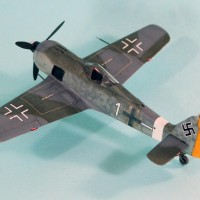 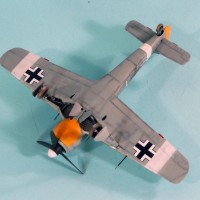 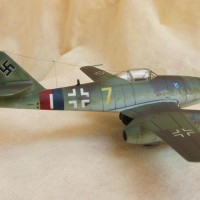 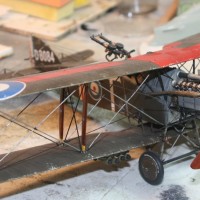 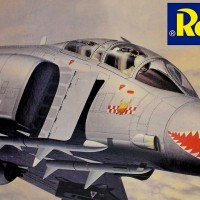