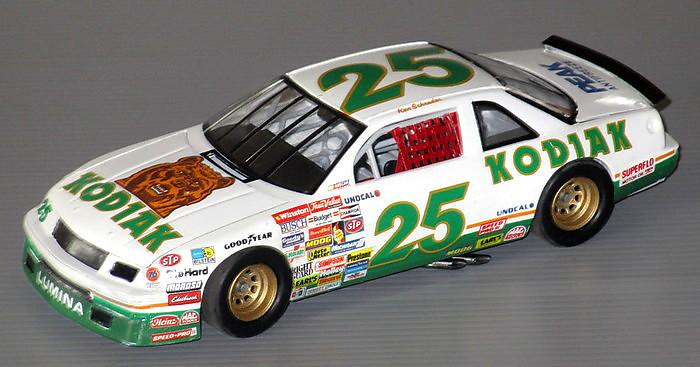 Well look here, another NASCAR build from that British bloke who lives in New Zealand ! - yep, been at it again, folks, this time with the AMT version of the Lumina - to my eye they captured the lines of the car better than Monogram did with their version, the downside is... it's a harder build, less detailed and worse, it's 1:25 !

Paint is, for the most part usual Tamiya acrylics, but the green was mixed by Mk.I eyeball out of Humbrol enamels. Because I forgot to cover the shell whilst the Johnsons Klear / Future was going-off there's a h*ll of a lot of dust trapped which is a real shame as the finish was like glass until I made that rookie-mistake. And so this is probably the only time it will be seen in public... Good job I don't take it too seriously, eh ?. Used some old (20+ years) Fred Cady decals which are superbly thin, adhere well but have quite a rough 'pebbly' finish.

Please feel free to make any comments, ask any questions or hurl any abuse as usual. 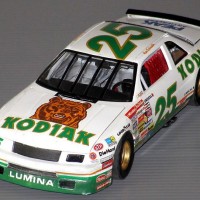 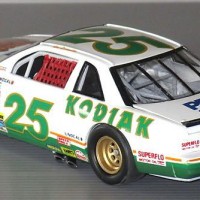 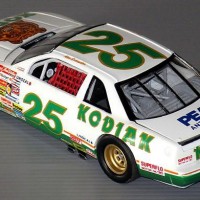 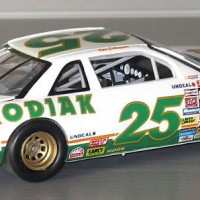 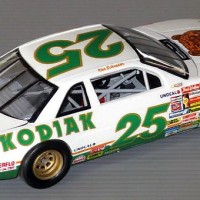 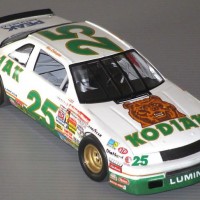 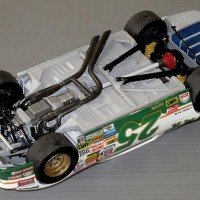 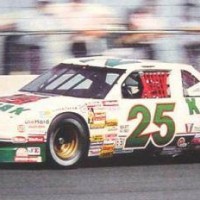 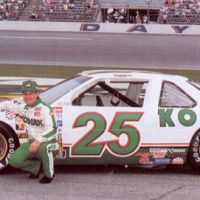 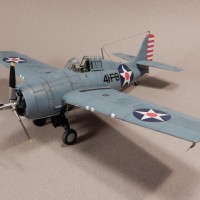 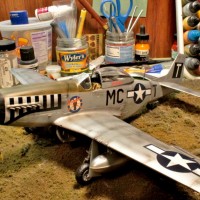 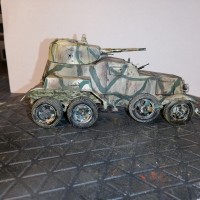 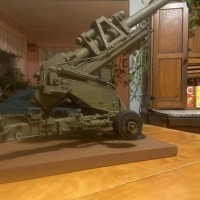