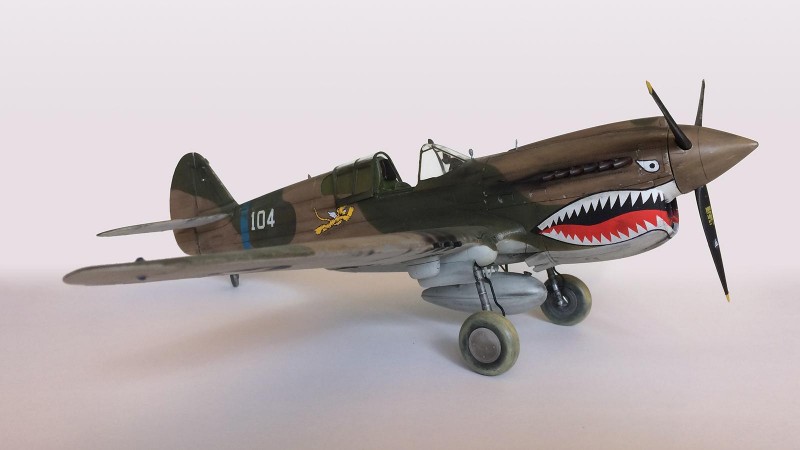 First I want to thank Jaime Carreon for starting this group build. From the beginning I knew I wanted to be part of it, but didn’t know what I should build. Than it became clear it had to be a Flying Tiger P-40 due to their defining Tiger Shark mouths. Then the struggle was which one? At this point I didn’t even know that different variants of the P-40 existed, which is what’s so cool about building models. One can approach every build as a history project. In the end I chose AVG Ace Col. Ed Rector’s Warhawk. This leads me to the other cool thing about the iModeler community. I posted a few WIP images during this build and want to thank both Tom Cleaver and Paul Teixera for their advice on P-40s and this specific bird. I hope I did it justice.

Tom is a font of knowledge on WWII war birds and was very generous with his insights. Paul is just an awesome builder and sent me some great reference pics of his P-40B. If you care to view the WIP thread, click here: http://imodeler.com/groups/nose-art-group-build-1917053956/forum/topic/p-40-tiger-104-132-hasegawa/

On December 10, 1941 Rector was part of a three plane photo reconnaissance mission from Rangoon to Bangkok. On December 20 when the Flying Tigers engaged in combat for the first time during a raid by Hanoi-based Japanese aircraft on the Chinese city of Kunming, Rector provided the American Volunteer Group with its first aerial victory and would later record the last in a long list of 23rd Fighter Group air-to-air kills. In May 1942, he played a critical role in locating and attacking Japanese military columns attempting a push into China at the Salween River Gorge. This allowed the Chinese time to blow up a key bridge across the river, and the Japanese subsequently retreated into Burma. Rector was credited with having destroyed 10.5 Japanese aircraft in aerial combat during the war. More from Wikipedia: https://en.wikipedia.org/wiki/Edward_F._Rector

Well as excited as I was to build this bird, I hit a few frustrating points and it seemed to fight me all the way. I’m not sure why, maybe I was distracted. At any rate I got it together after what seemed like months, on yeah, it was months. Funny how life can get in the way of hobbies. Through all it though I continued to marvel at what quintessential fighter the P-40 was. Not too big, not too small, aggressive looking and that fierce shark mouth coming to blow you out of the sky.

Speaking of the toothy grin. I decided at the beginning that I was going to paint the mouth rather than trust myself to not mess up placing the decals around the engine cowl. And, for all the layers of Frisket I used to paint that rascal on, I’m glad I did, because Haswgawa decals suck! Or at least I suck at applying them—more on that later.

Since I’ve had bad luck with airbrush primers, I shot this whole thing with Mr. Finishing Surfacer 1500 from a rattle can. It’s not only hard, it fills a bit of the imperfections too. Final paint was all Vallejo from their US Pacific/Burma color line. I figure they must know what the right color is so why not use it. Thanks to Tom Cleaver (mentioned above) for clueing me in on the in-theatre, over-painted US insignias. I made them a different color green, maybe not as pronounced as they could have been, but at least I tried.

This is about the point I found out how much I hated the factory decals. I tore the first Tiger eye I attempted to adhere. Well, after waiting a few days to see if anyone had some spares they would part with, I painted those on too. I outlined everything with fine Sharpie. God knows there is no way I have the talent to paint the black pinstripe around those features. To date I have not added the antenna wires, which is something I’d like to try on this build, so for now it is done. And yes, for those of you who are really observant, I forgot to add the wing Pitot head prior to taking the photos. It has since been added.

With that—I give you my take on Col. Rector’s P-40 Tiger 104. That’s all folks. I look forward to your comments. Keep building! 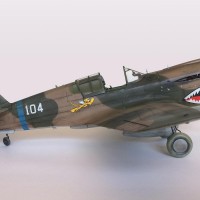 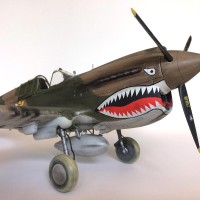 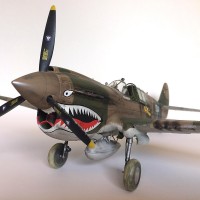 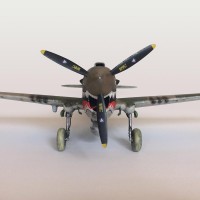 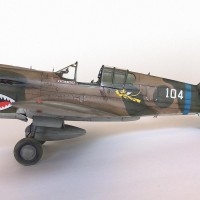 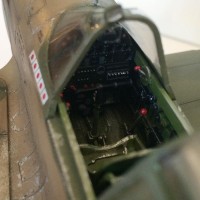 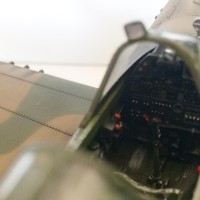 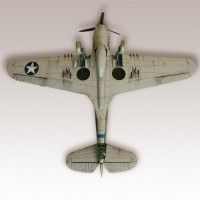 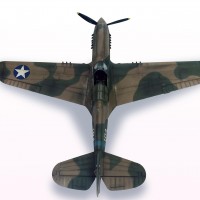 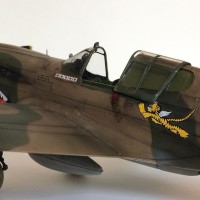 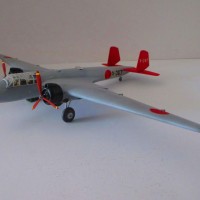 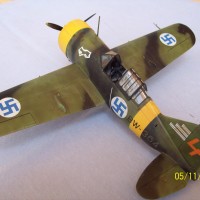 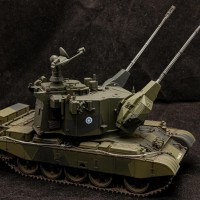 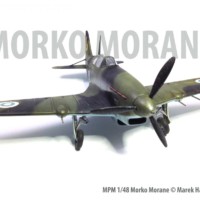