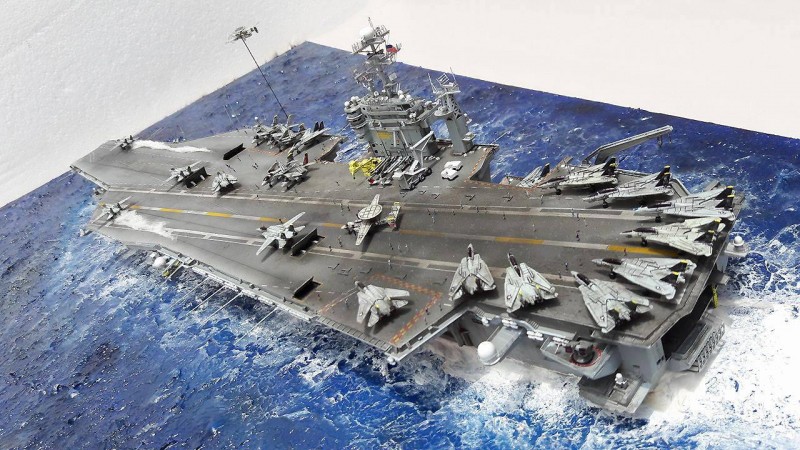 Construction: The kit was the Trumpeter’s carrier USS Theodore Roosevelt which was the Nimitz class carrier used by the U.S Navy and is still operational. The plastic sprues are well molded a good and satisfying detail by Trumpeter manufacturers. The kit came with a squadron of F-14 Tomcats and other generic U.S Navy such as Seahawk Helicopters, Vikings, Prowlers and Hawkeye. The construction was overall nice and easy a bit of sprues fittings here and there wasn’t a major issue. The final phase of construction was executed using PE generic USN Modern railings and applies into position of the build.

Painting Work : Since the paint guide and the modern carrier has superb references given it is a modern ship compared to harder to find reference for older WWII battleship it was and out of the box painting work. Since it was going to be built as a water base diorama the base was carved using sandwich board Styrofoam and layers of modelling paste is applied onto it depicted waves. As the final decals were applied onto the carrier the base in coloured in pacific blue schemes. Coating of Liquetex layer is applied onto the layer to have a shinny water effect. The diorama depicts two F-14 launched by the catapult together with smoke effect and 1/700 crew figures from Eduard pre coloured inserted.

Conclusion : Overall I am satisfied with the whole diorama a certain improvements can be made on the water waves but as a whole it was a great finish considering less than a few days was required to finish it before handing over to its new owner. 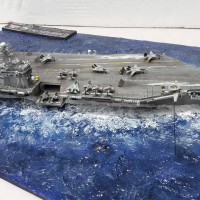 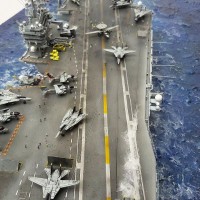 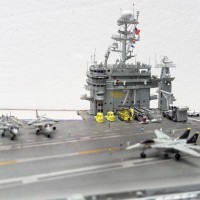 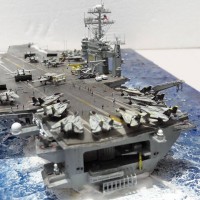 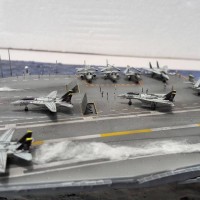 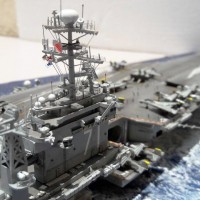 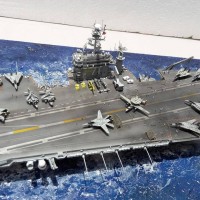 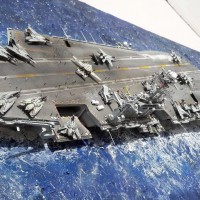 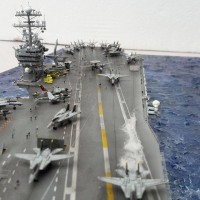 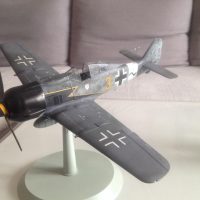 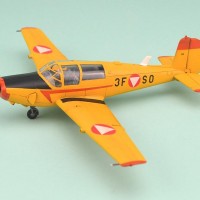 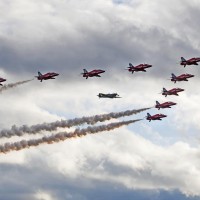