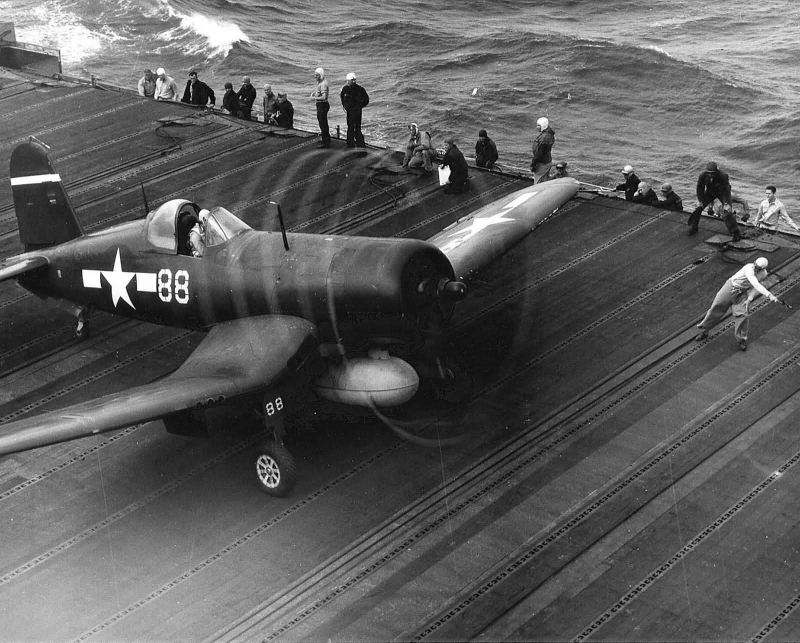 Vought F4U 1D Corsair ‘white 88’ of VMF 124 aboard USS Essex (CV-9) on 25th January, 1945. By the end of January, ‘45 the Essex had, in the last four months, survived Kamikaze hits and three typhoons; seen here gearing up for more attacks on Formosa. 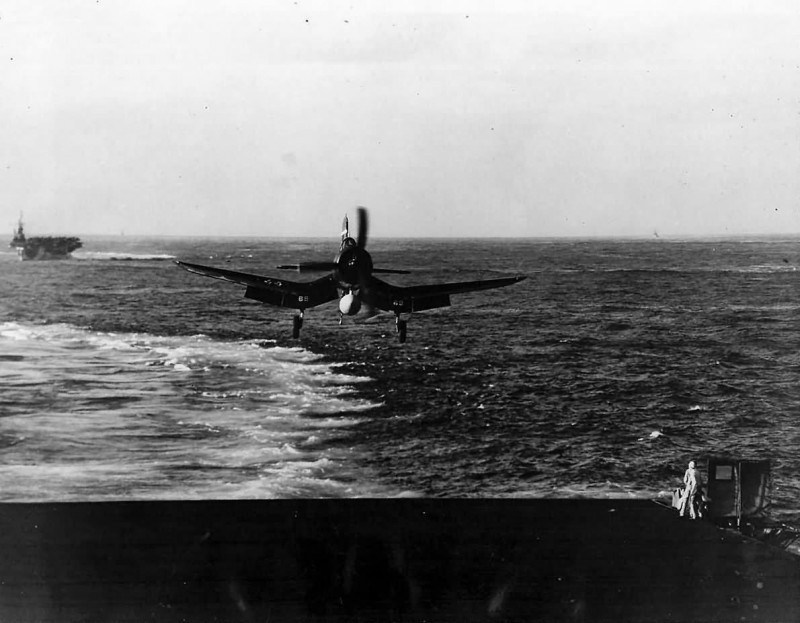 Another shot of ‘White 88’ coming in to land on the Essex. 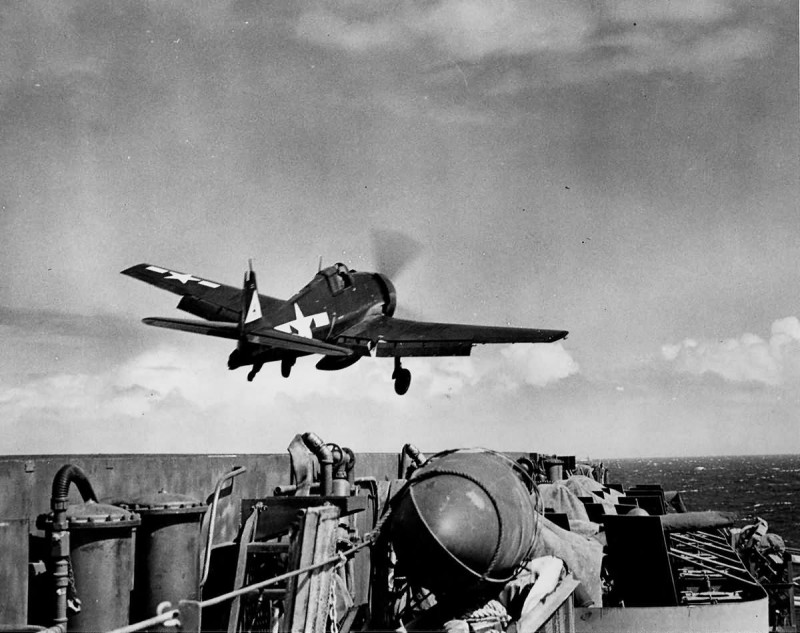 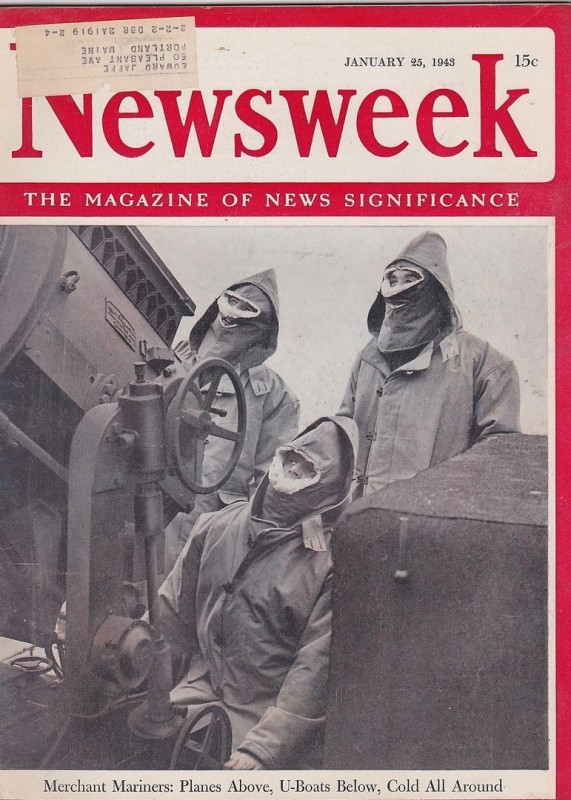 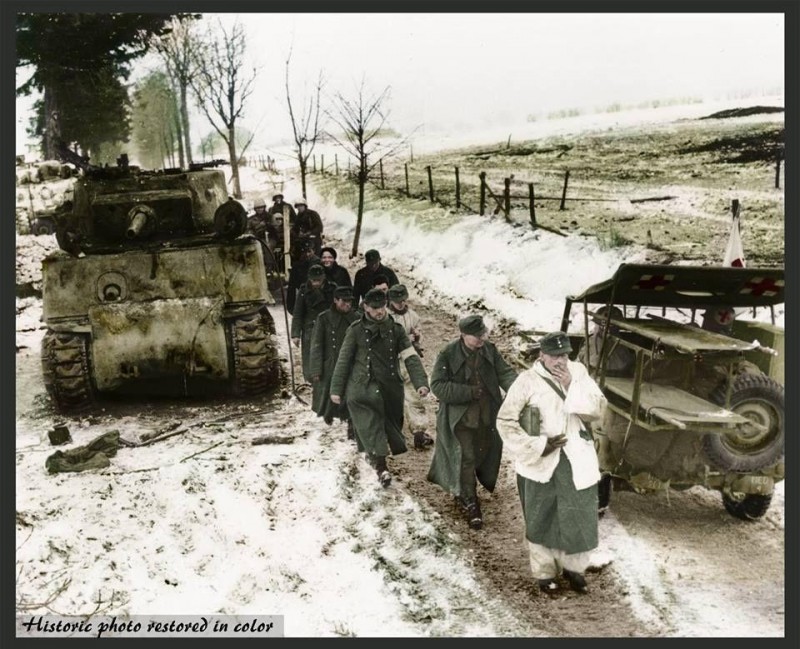 German prisoners walk past a knocked out tank as they are escorted by U.S. troops, on January 25, 1945, north of Foy, Belgium, in the final days of the Battle of the Bulge. 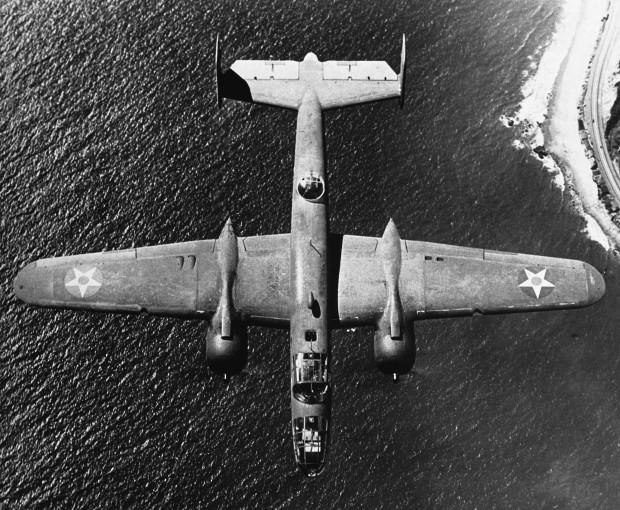 American Mitchell B-25 daylight medium bomber, now operating from Britain, in flight over the Southern Coast of England, on January 25th, 1943. Beautiful study of weathering patterns on the wings. 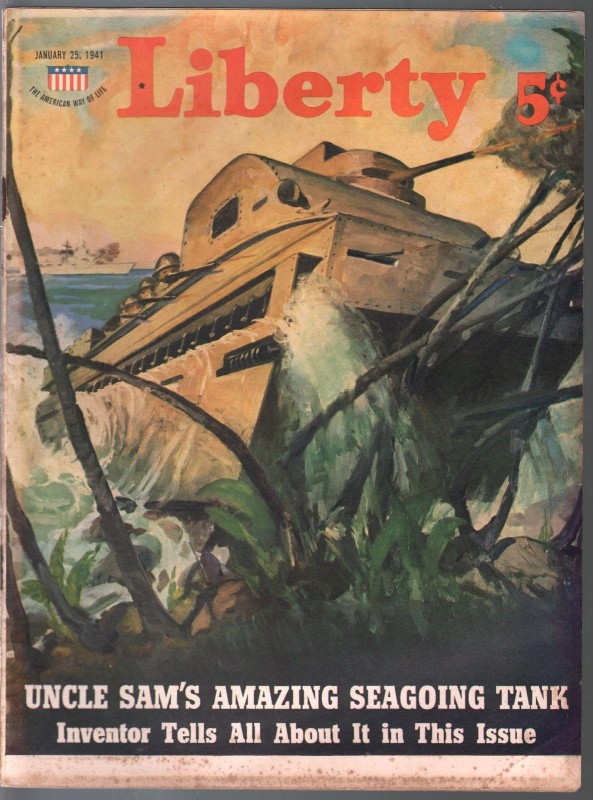 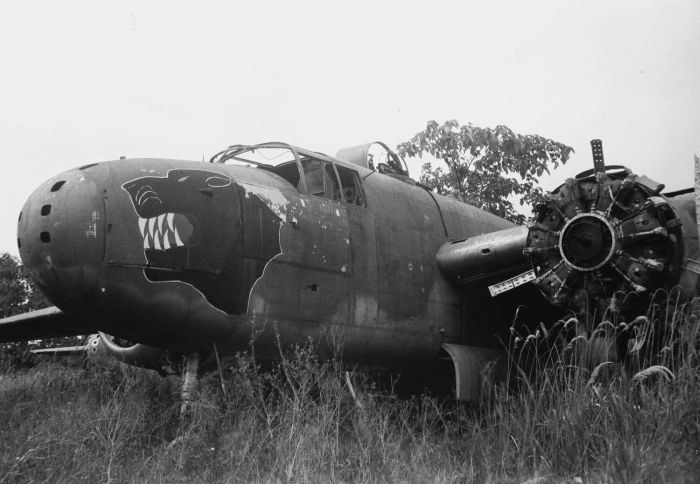 Another Mitchell B-25 (J), photo taken January 25th, 1949. The black panther nose art was the emblem of the 822nd Bomb Squadron, 38th Bomb Group (Medium), 5th USAAF. The 38th BG (Sun Setters) and the 345th BG (Air Apaches), both 5th USAAF units, operated exclusively with the B-25 Mitchell medium bomber during the Pacific air war, often in support of one another, on the same missions. There is no location given for the photo, possibly New Caledonia, near Vanuatu. 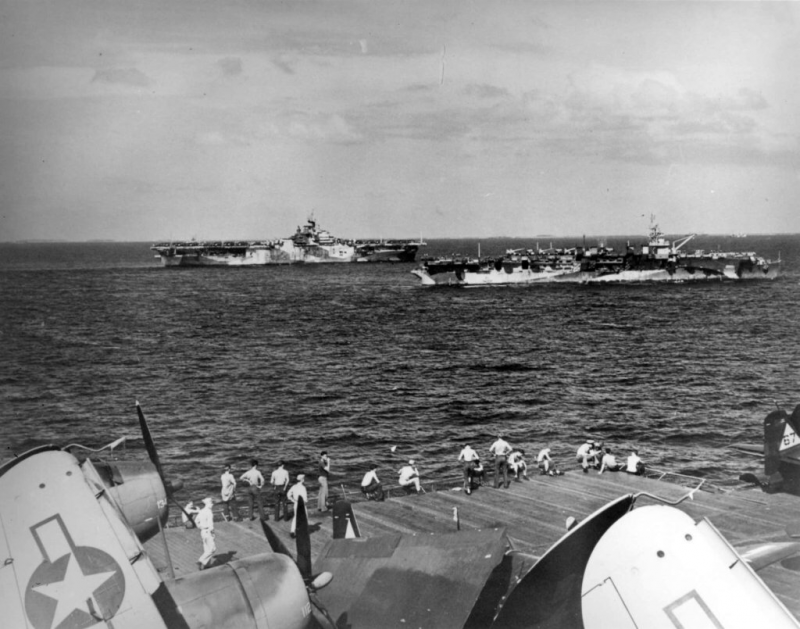 USS Hornet (CV-8, in the distance) steaming alongside USS Langley (CVL-27) seen from aboard the USS Enterprise on their way back to Ulithi Atoll in the Caroline Islands, 25th January, 1945. 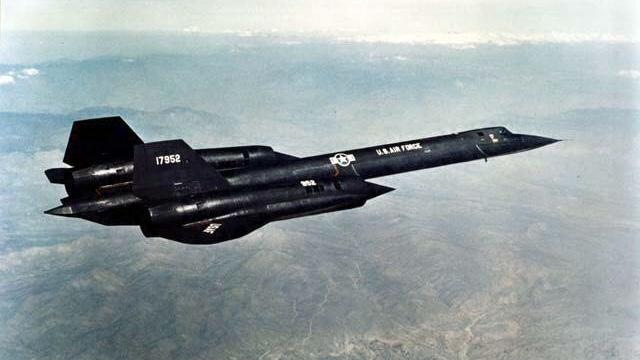 On January 25, 1966, Bill Weaver and a systems specialist named Jim Zwayer were testing a slightly modified SR-71 Blackbird, an aircraft capable of flying three times the speed of sound. This particular Blackbird had its center-of-gravity moved aft so new procedures to reduce drag and improve performance could be tested. This alteration also made the plane less stable longitudinally. 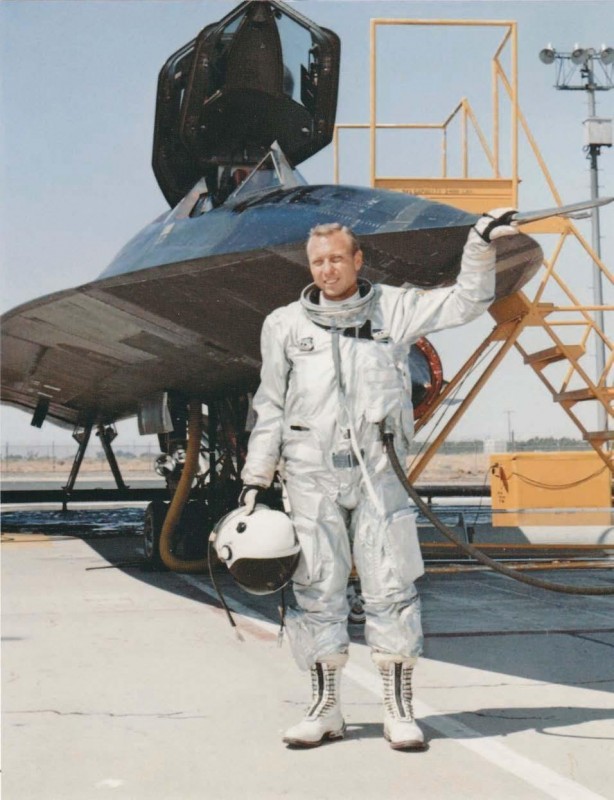 While in flight at Mach 3.2, the inlet to the starboard engine developed a problem. Essentially the engine went into ‘unstart’ mode at 78,000 ft and travelling at Mach 3. The loss of engine thrust on the right caused massive, violent yawing of the plane, and nothing Weaver could do with the controls could control it. Before he could even radio Jim sitting right behind him to try and avoid ejecting until they'd slowed down and lost altitude, the plane started disintegrating around them. 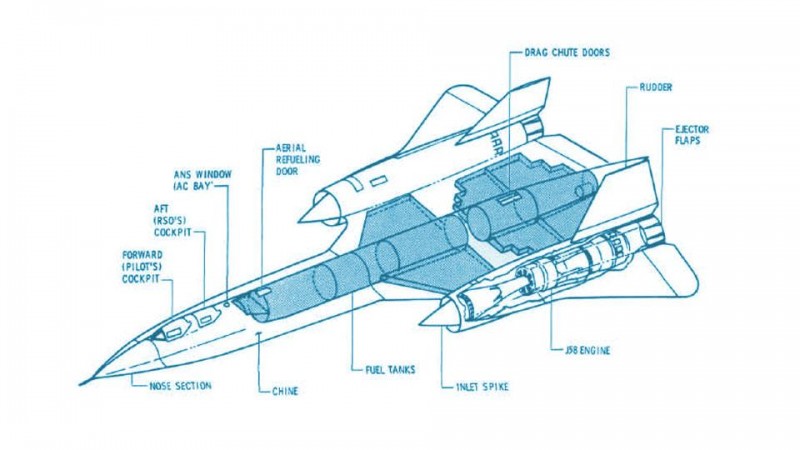 It Seems unbelievable, but within a few seconds the aircraft simply disintegrated around the two pilots; no ejection or bailing, the plane just disappeared around them.

In Weaver's own words:

“My next recollection was a hazy thought that I was having a bad dream. ‘Maybe I'll wake up and get out of this mess’, I mused. Gradually regaining consciousness, I realized this was no dream; it had really happened. That also was disturbing, because I could not have survived what had just happened. Therefore, I must be dead. Since I didn't feel bad–just a detached sense of euphoria–I decided being dead wasn't so bad after all. AS FULL AWARENESS took hold, I realized I was not dead, but had somehow separated from the airplane. I had no idea how this could have happened; I hadn't initiated an ejection. The sound of rushing air and what sounded like straps flapping in the wind confirmed I was falling, but I couldn't see anything. My pressure suit's face plate had frozen over and I was staring at a layer of ice.” 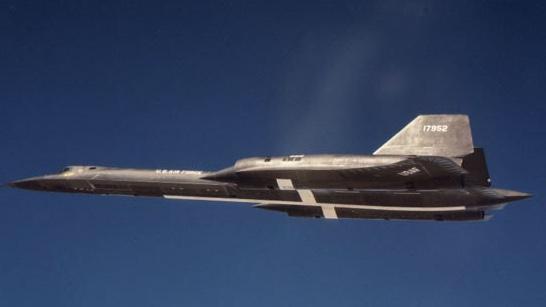 “The pressure suit was inflated, so I knew an emergency oxygen cylinder in the seat kit attached to my parachute harness was functioning. It not only supplied breathing oxygen, but also pressurized the suit, preventing my blood from boiling at extremely high altitudes. I didn't appreciate it at the time, but the suit's pressurization had also provided physical protection from intense buffeting and g-forces. That inflated suit had become my own escape capsule.”

“My next concern was about stability and tumbling. Air density at high altitude is insufficient to resist a body's tumbling motions, and centrifugal forces high enough to cause physical injury could develop quickly. For that reason, the SR-71′s parachute system was designed to automatically deploy a small-diameter stabilizing chute shortly after ejection and seat separation. Since I had not intentionally activated the ejection system–and assuming all automatic functions depended on a proper ejection sequence–it occurred to me the stabilizing chute may not have deployed.”

“However, I quickly determined I was falling vertically and not tumbling. The little chute must have deployed and was doing its job. Next concern: the main parachute, which was designed to open automatically at 15,000 ft. Again I had no assurance the automatic-opening function would work. I couldn't ascertain my altitude because I still couldn't see through the iced-up face plate. There was no way to know how long I had been blacked-out or how far I had fallen. I felt for the manual-activation D-ring on my chute harness, but with the suit inflated and my hands numbed by cold, I couldn't locate it. I decided I'd better open the face plate, try to estimate my height above the ground, then locate that "D" ring. Just as I reached for the face plate, I felt the reassuring sudden deceleration of main-chute deployment. I raised the frozen face plate and discovered its uplatch was broken. Using one hand to hold that plate up, I saw I was descending through a clear, winter sky with unlimited visibility. I was greatly relieved to see Jim's parachute coming down about a quarter of a mile away. I didn't think either of us could have survived the aircraft's breakup, so seeing Jim had also escaped lifted my spirits incredibly.” 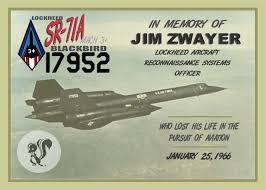 Unfortunately, Jim Zwayer was dead, his neck broken almost immediately as the Blackbird broke up around him. Weaver was, quite incredibly, uninjured. A local rancher in a helicopter landed by Weaver within seconds of his ‘landing’, and took him to a nearby hospital. 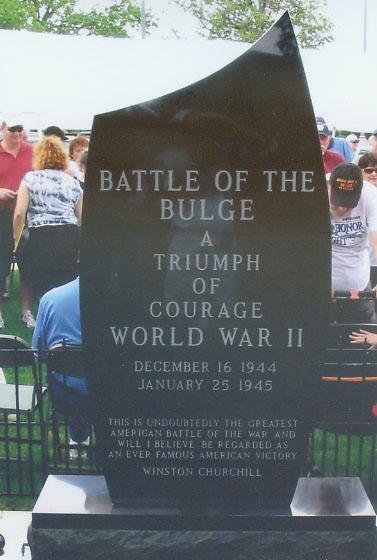 Memorial to the men who fought in Battle of the Bulge which ‘ended’ today in 1945. 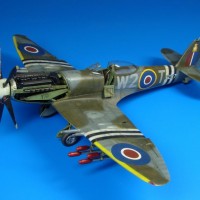 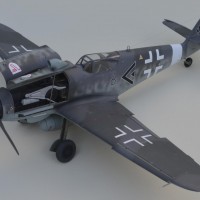 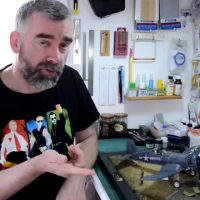 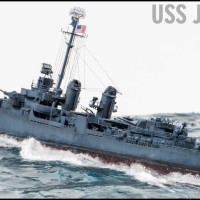