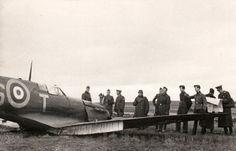 On the 28th January, 1942, Robert Stanford-Tuck, one of the most celebrated RAF aces (29 kills to his credit and five ‘probables’) was shot down by anti-aircraft fire while on a ‘harassing’ mission over France. He had the bad luck (not the first time) to crash land close to the AA crew he had just attacked, having just killed some of the gunners, and expected rough treatment. However, the crew were distracted and amused due to to the fact that one of his 20mm cannon shells had passed straight down the barrel of their 20mm gun, splitting it apart like a peeled banana skin.. 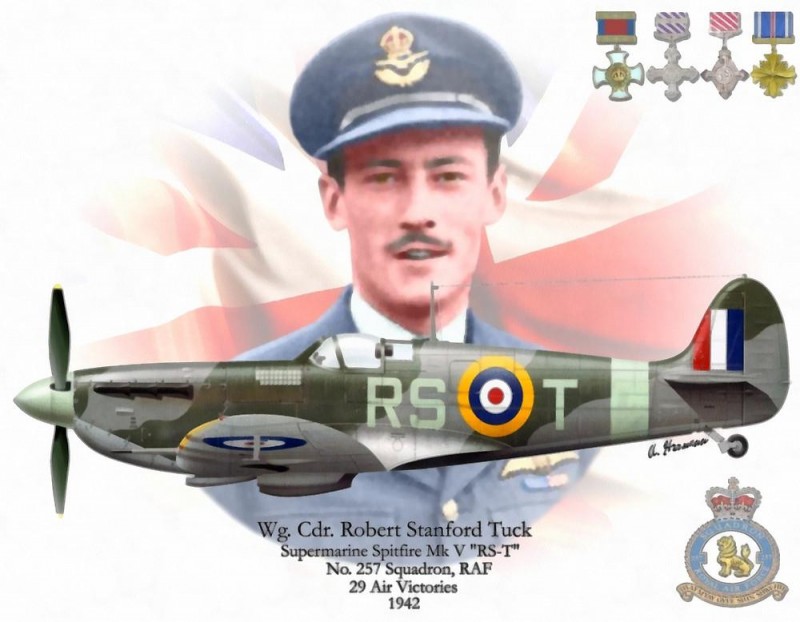 He was taken as a PoW to Stalag Luft III (of the ‘Great Escape’ fame) and endured one of the forced ‘Long Marches’ made in hellish Winter conditions to postpone prisoners being freed by the advancing Russians. Tuck made good his escape on this march, using his childhood knowledge of Russian to fight alongside their troops before finding his way to Moscow, then back to England. 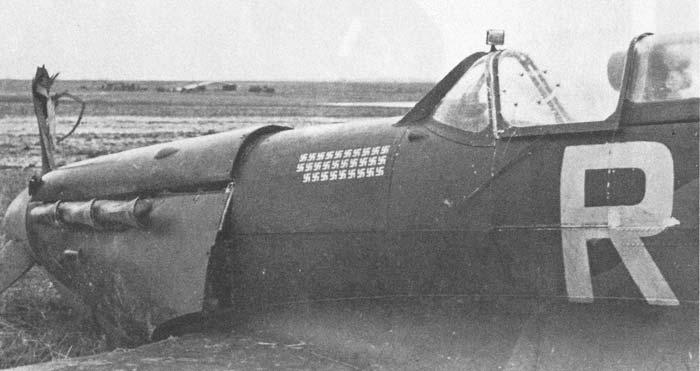 One of Tuck’s earlier victories typified his ‘luck’ when he intercepted a German bomber heading towards Cardiff, Wales. He fired at "extreme range in poor light", causing it to drop its payload in open countryside instead of on the city. The last of its bombs hit one small part of an army training camp and killed only one soldier, who turned out to be the husband of Tuck's sister. 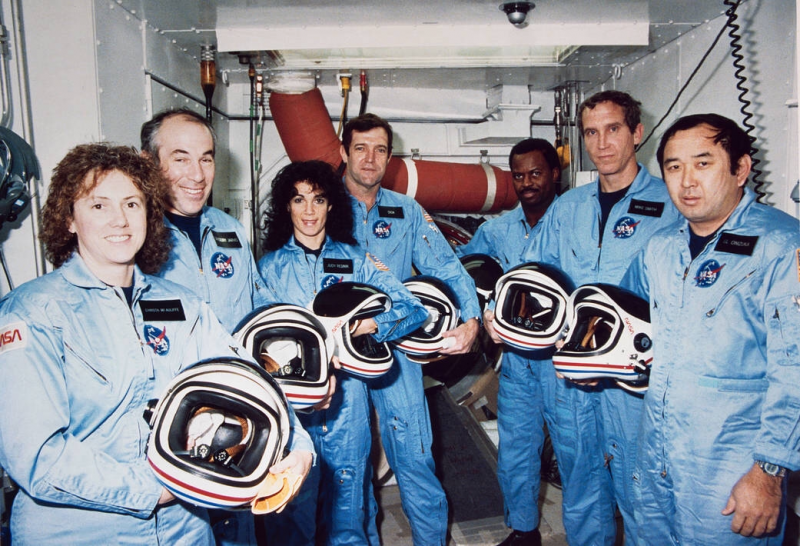 On January 28, 1986, the NASA shuttle orbiter mission STS-51-L (the tenth flight of Space Shuttle Challenger) broke apart 73 seconds into its flight, killing all seven crew members, which consisted of five NASA astronauts and two payload specialists, including a teacher chosen specially as an educational representative. 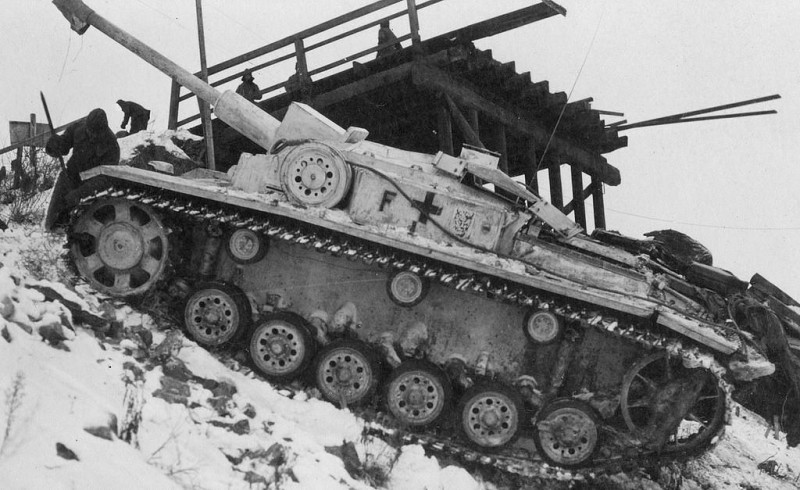 A whitewashed StuG III from StuG.Abt.209 being recovered after a bridge over the river Donetz (Ukraine) collapsed in January 28th, 1943. Is it just me, or did any StuG actually CROSS a bridge... 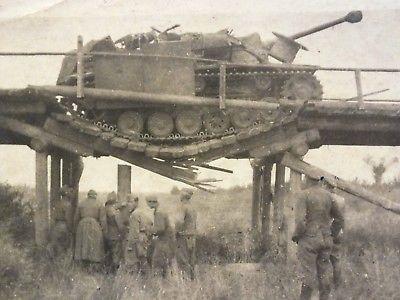 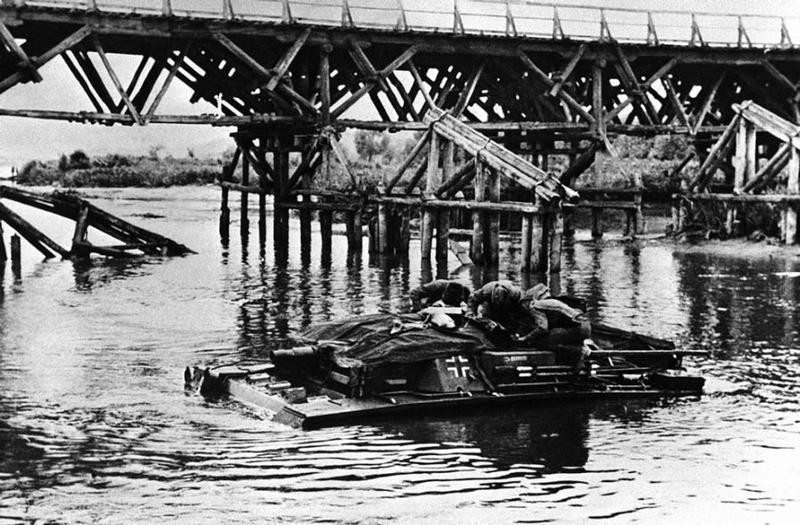 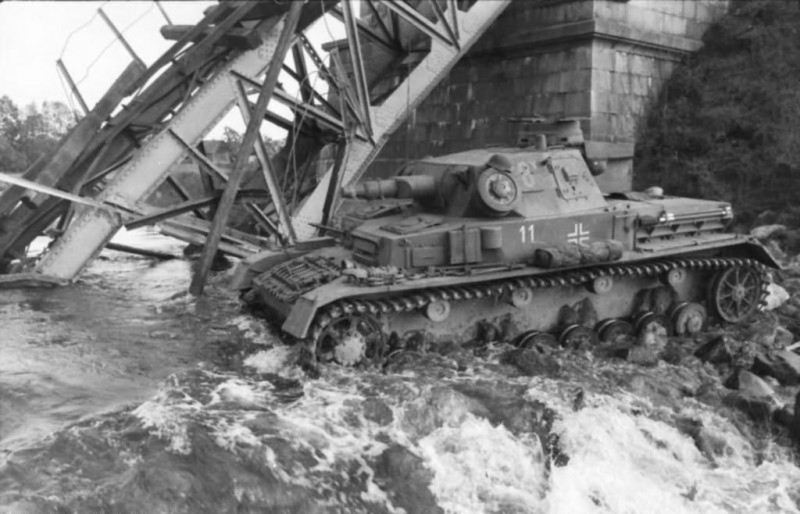 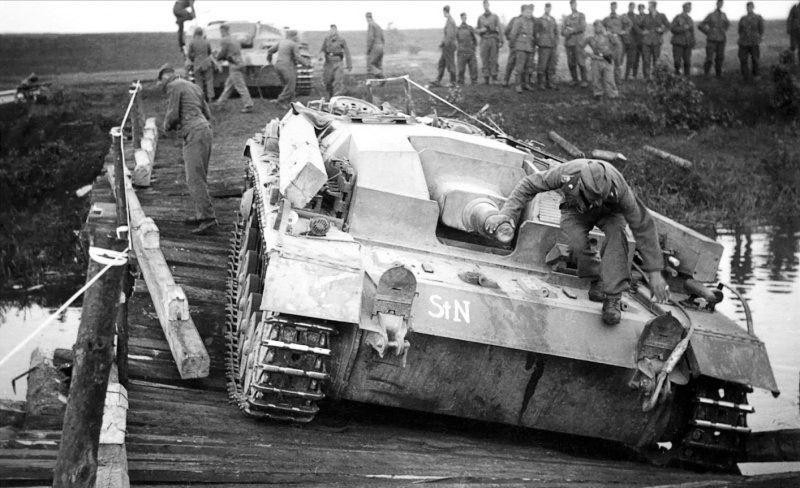 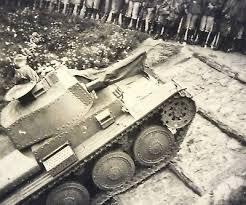 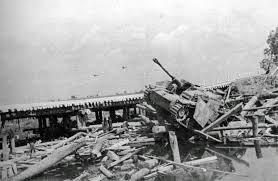 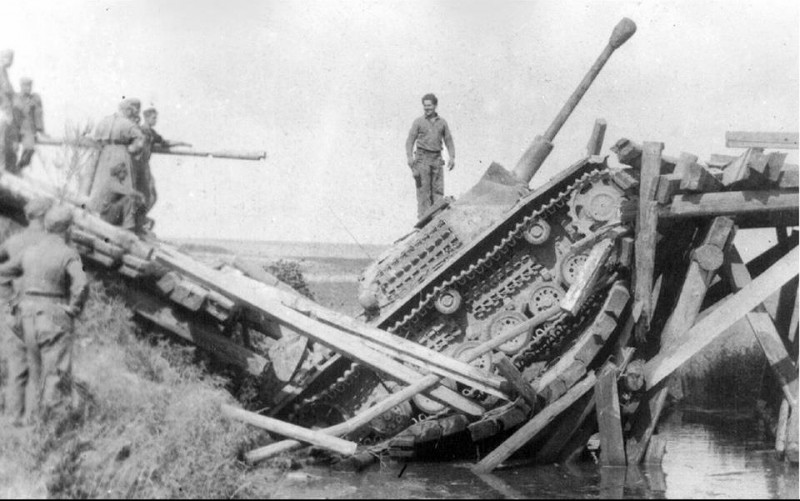 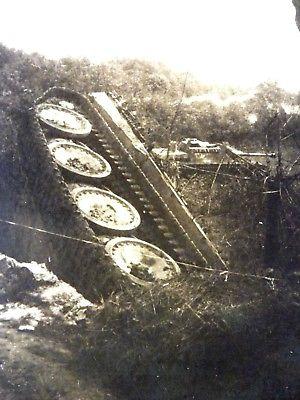 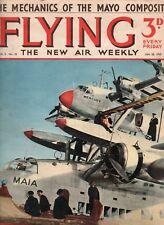 On 28th January 1943 the crew of the above Halifax took off from Leeming airfield (England) for a cross-country training exercise. Weather was poor and the crew became lost in the cloud and flying too far west; after dropping down through cloud (probably to try and work out their position) the aircraft flew into the 'Great Shunner Fell' mountain. On crashing the aircraft caught fire, and although badly injured, one of the crew, Sgt Pudney, who was suffering from severe cuts to his face and head (assisted by P/O LeFebvre) returned to their burning aircraft several times to extract the crew who were trapped inside.

“While engaged on a local practice flight the Halifax aircraft in which Sergeant Pudney was flying as mid-upper gunner struck high ground, crashed and burst into flames. Three members of the crew were killed and the others, with the exception of Sergeant Pudney, were too severely injured to extricate themselves from the burning wreckage. Though suffering from severe lacerations on his face and in spite of loss of blood and shock, Sergeant Pudney entered the blazing aircraft several times and finally succeeded in bringing all his companions out. He then struggled over rough moorland for two miles to obtain help." 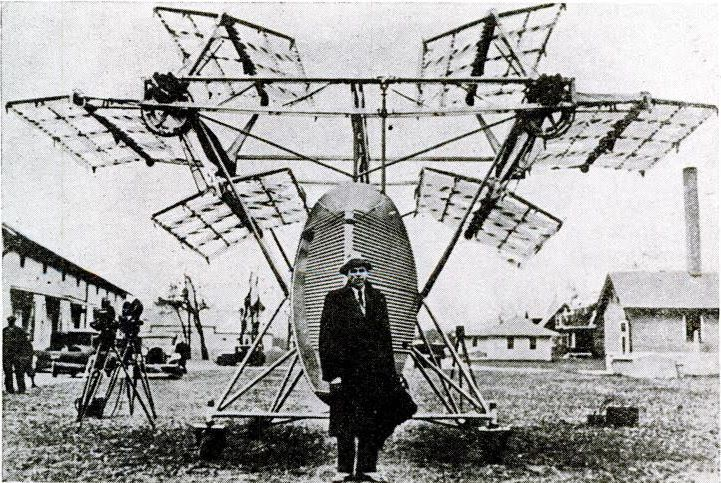 Johnathan Edward Caldwell (born March 24, 1883, date of death unknown...) stands in front of his ‘Ornithopter’ On January 28th, 1933. Caldwell was a self-taught “aeronautical engineer” who designed a series of bizarre aircraft and starting public companies in order to finance his projects, none of which was ever successful. 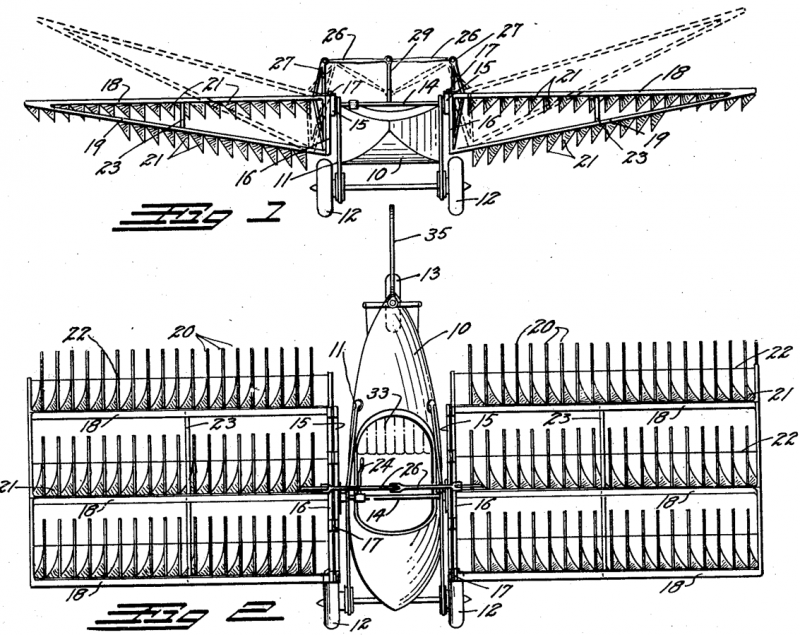 Caldwell disappeared after being faced with fraud charges. He was later connected with the infamous German ‘flying saucers’ and he remains a central character of the UFO genre to this day. 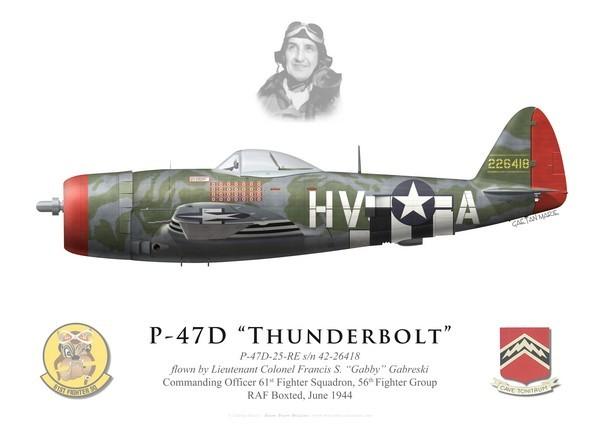 On 28th January 1919, Colnel Francis Stanley (“Gabby”) Gabreski, United States Air Force, was born in Oil City, Pennsylvania. After joining up with the Air Corps, cutting his teeth on P36’s and Warhawks, he gained rapid promotions and Captain Gabreski was sent to Britain with the 56th Fighter Group.

Because of his Polish lineage and his fluency in the language, Gabreski requested assignment to a Polish fighter squadron fighting with the Royal Air Force and he was assigned to No. 315 Squadron, based at RAF Northolt, London, England, where he flew the Spitfire Mk.IX. 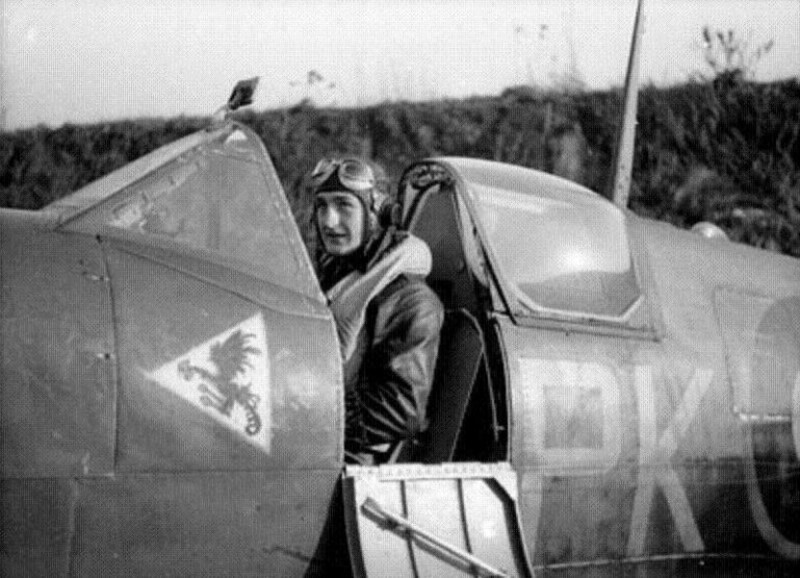 As the American involvement in the European Theater of Operations increased, 'Gabby' returned to the 56th Fighter Group, flying a P-47C Thunderbolt. He was promoted to the rank of Major, 19 July 1943 and by July 1944 he had shot down 28 enemy fighters in aerial combat and destroyed another three on the ground, making him the leading American fighter ace up to that time. 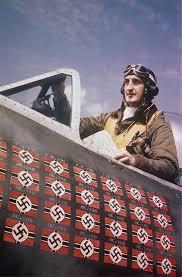 Having almost 200 combat missions under his belt, on 20 July 1944 Gabreski decided to take “just one more run”, as he was awaiting transfer back to the US. As he made a low strafing run across an enemy airfield in Germany, his propeller blades hit the ground, forcing him to make a wheels up landing in his Thunderbolt (below, being examined by German officers). He climbed out and ran to avoid being captured, managing to evade the Germans for five days. He was finally caught and remained at Stalag Luft I until April 1945. 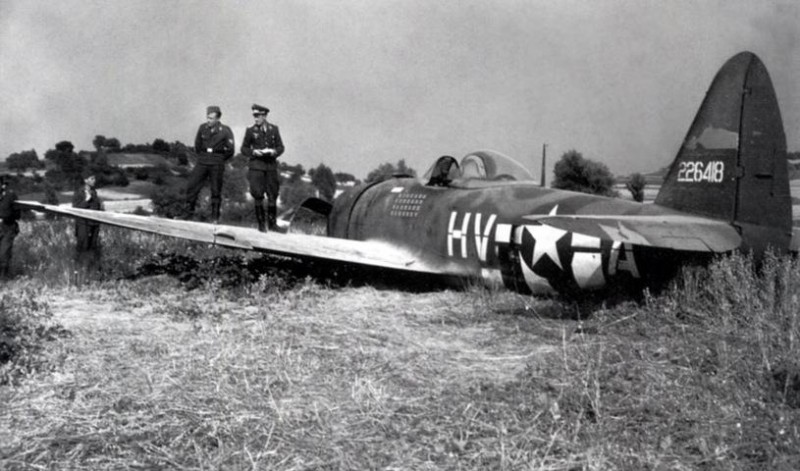 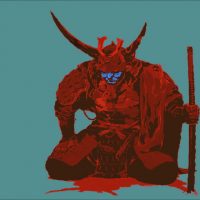 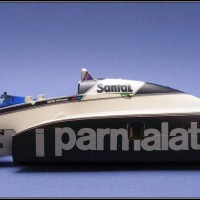 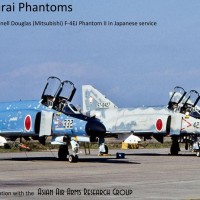 Samurai Phantoms! For Phantom Phanatics only… 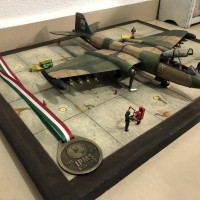