Risen from the Shelf of Doom…… 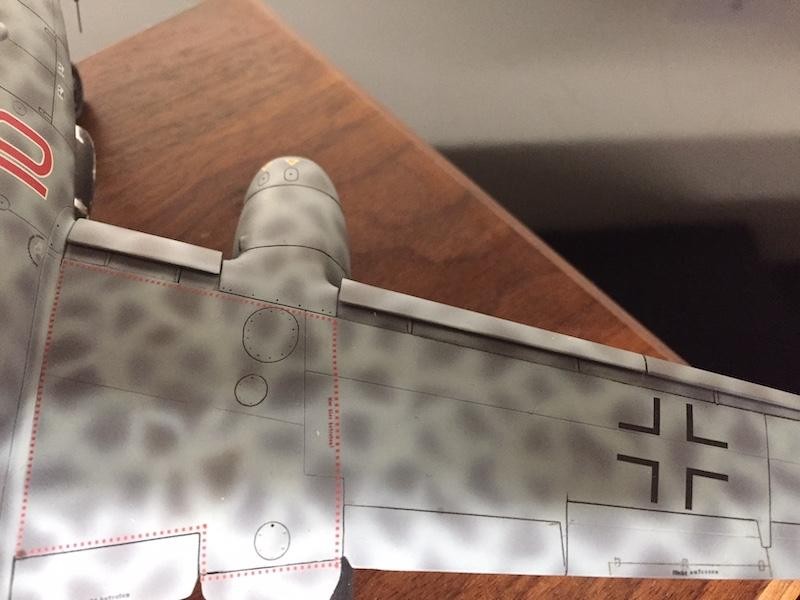 1/48 Me-262B-1a/U1 Nachtjager. The Italeri boxing which I believe had genes from the Dragon nee TriMaster lines. Molds were definitely the worse for wear and only a two gun nose supplied. Thanks to a bunch of Monogram kits 'n' bits for the 4 gun version (which did not fit this kit OR Monogram's original 😉 ) Sandpaper & putty... the modeler's buddy...

The residence on the Shelf of Doom for a couple of years was mainly due to my frustration with the bane of all 262 kits- the bloody closed LE slats! So, a month or so ago after a major woodworking project completion, I decided to modeler up and make it right... damn the torpedoes (or American .50s as may be). So on to measure, cut, saw, sand, fettle and conjure with scraps & bits. A bear of a job but I think the result is not too bad. Lots of Ed P-E in the 'pit, True Details resin wheels, aft cockpit curtains from Apoxy-Sculpt, EagleCals dekkles and all those old old guitar strings came in right handy.

P.P.S. Sorry for the rubbish lighting... sometimes you don't realize how bad it is until it's posted. 🙁 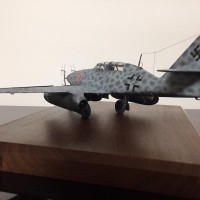 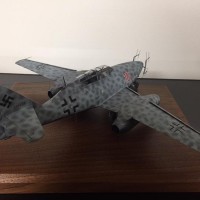 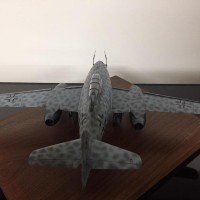 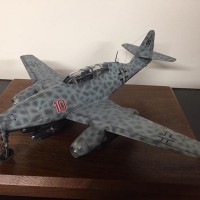 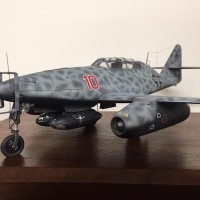 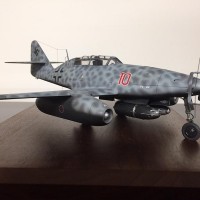 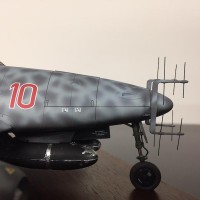 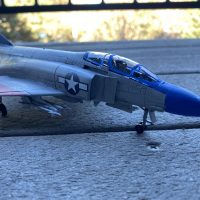 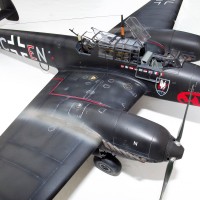 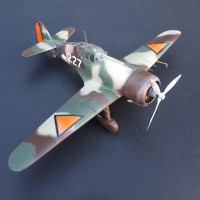