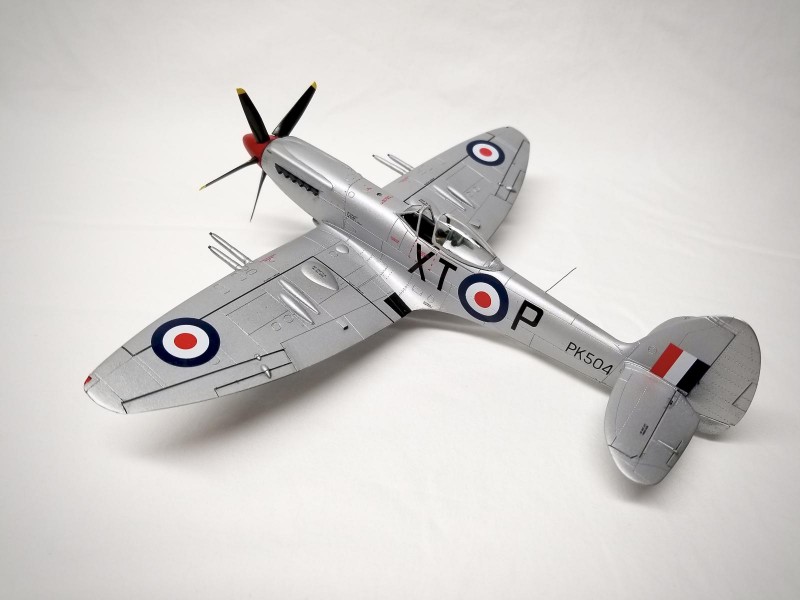 I recently watched the documentary, Spitfire, and of course, I just had to build one. While the early models are “the classics” I favor the later Griffon powered Spits, so I chose the 1/48, Airfix Mk.22/24. While simultaneously working on a P-40 diorama, I wanted a quick, get it done and on the shelf, out-of-the-box build, though I did choose to use a Barracuda prop/spinner and AeroMaster Decals. To simulate the British silver paint, I used Tamiya flat aluminum mixed with a small amount of flat white to give it a less metallic look. Next up was a couple of coats of clear, using Pledge acrylic floor finish, for the decals, which are a combination of the AeroMaster set and kit provided stencils. I chose not to add any weathering so I completed the job with a light coat of flat clear. Other than the canopy not being very clear, I encountered no problems building this Airfix kit and it definitely met my intent for a quick build. I’m looking forward to adding another Griffon powered Spit with Airfix’s, hope to be released soon, Mk.XIV. Hope you all like my results. Enjoy your builds and keep ‘em fun! 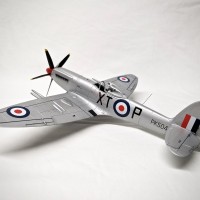 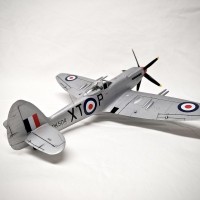 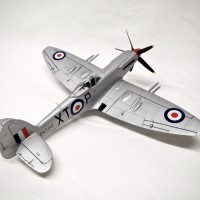 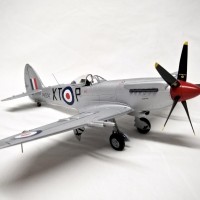 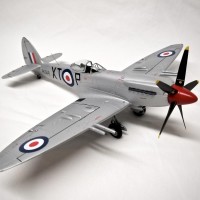 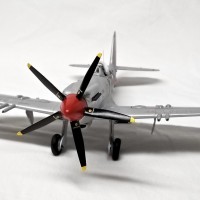 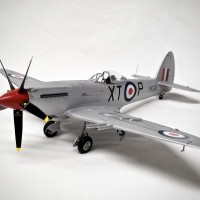 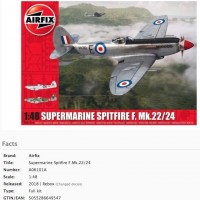 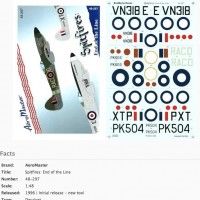 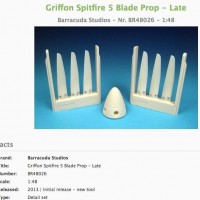 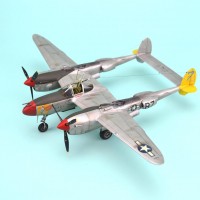 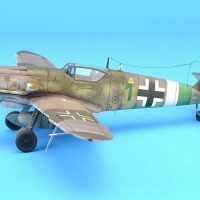 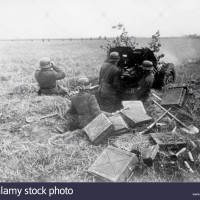 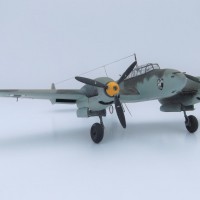