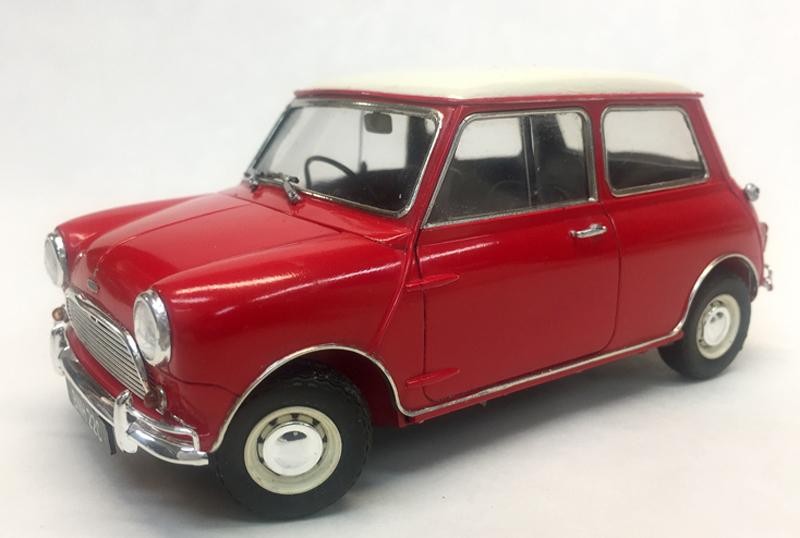 Now this was one blast of a car to put together! Brought back high school memories when my pal took me out for a weekend pre-rally warm up drive in his mid 60’s S when it was almost new. I was his navigator. We went around a hairpin and he intentionally got it up on two wheels and back down again easy as pie, but he would never let me try it. Probably why I’m still here to build this model.

Tamiya first molded the popular Mk.I 1275 S Cooper in 1983. They followed with a rally/racing version soon after. Those initial kits were labeled “Morris” Mini Cooper as the cars were then called when introduced in 1959 and later “Austin”. Both of these kits appear to be based on the ’64 or '65 models that had sliding windows and the 1275cc engine.

My 2001 rebox which I bought new last year has the updated Austin moniker on the old ’83 box art and includes improved vinyl tires, new decals, a metal transfer and an extra small chrome sprue with new grill. The whole shebang assembles fairly easily, except for the fussy articulated front end suspension that leads to a serious case of wobbly wheel syndrome. The molds are showing their age so there’s a bit of light but easy sanding to do here and there. The hood or bonnet is an awkward fit and does not open fully. I made a rod to hold it in the open position so one can view the engine. All minor stuff. I did not glue the car roof on, because once you do, you can’t see the interior either.

I could not get the chrome metal transfers to do their thing, so I had to carefully pry them off the clear sheet and position each word separately with thinned white glue. I figured they were too old or defective. NOTE: I called Tamiya USA parts line in late June 2019 for a replacement only to be told these parts are no longer available because Tamiya has discontinued these Mini Cooper kits thanks to BMW’s cost prohibitive licensing fees. That’s exactly what the Tamiya customer service guy said.

Grab one while you can. Tamiya’s old school Mini-Cooper is a big carload o fun! 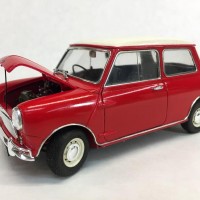 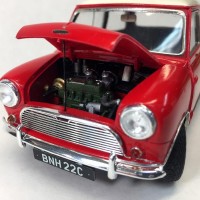 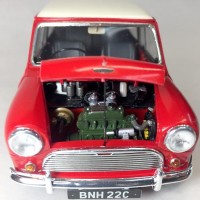 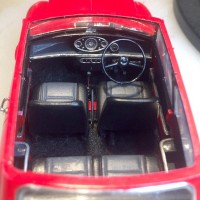 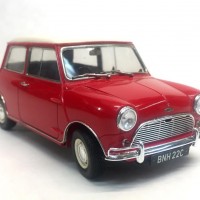 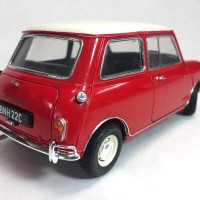 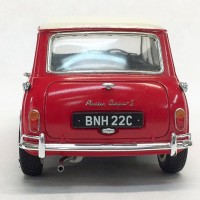 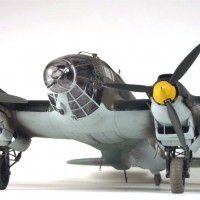 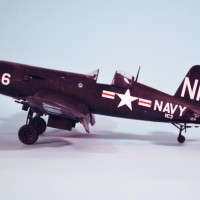 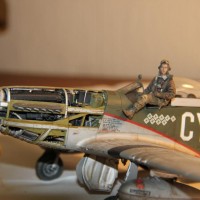 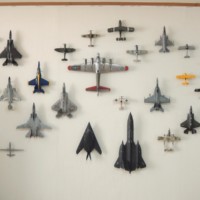