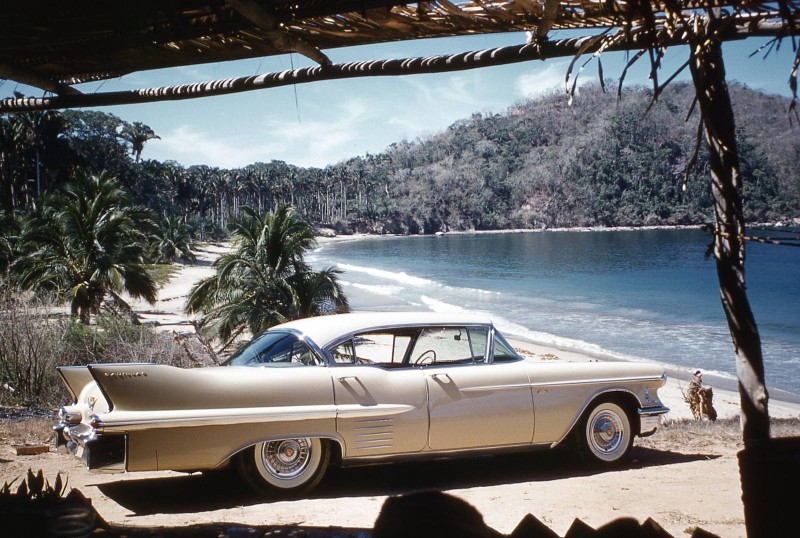 My first photo show's my real 1958 Cadillac in 1960 at "La Playa de Tamarindo" in Mexico where I would leave cold Ohio winter's and come often for a vacation with my adopted Mexican family, "El familia de los Guzman's"/The Guzman Family. (just wonderful people). I could read, write and speak Mexican Spanish during the 1950's up to 1971 or later.

This Monogram model was as close as I could get to my real '58 four door Caddy.
I had no problem building and painting this model, but like we use to say here in America;

"I got the cart ahead of the horse."

I attached the finished engine to the frame but I could not get the frame up into the car's body, so I had to take off the front fan assembly and then the frame and the rest of the engine fit in its' location. The fan assembly fit down in ok.

My bottom photo show's that I did not add any brake lines, emergency brake cable, nor the gas line...shame on me!

I used one of my aluminum bars and laid it across the top of the fenders, then I aligned the hood and white glued it in place.

I made sure that the 4 axel shafts were sticking out straight and made sure that all four tires were the same diameter as I did not want the model to be sitting on 3 or less tires.

The real car is gone, so all I have is my Monogram 1959 Eldorado Seville Hardtop plastic car! I have forgot the name of my real 1958 Caddy, but I remember what I paid for it which was only USD$4,000.00. 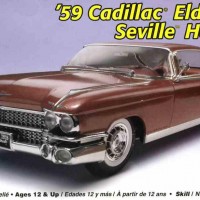 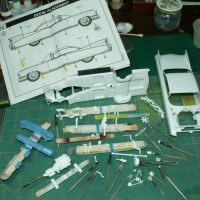 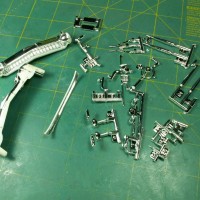 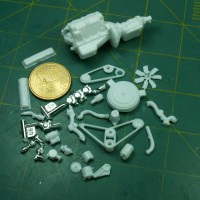 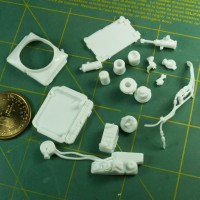 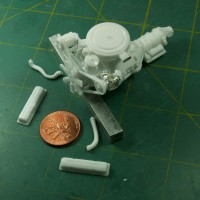 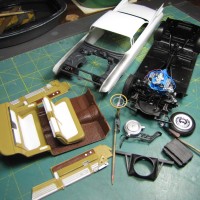 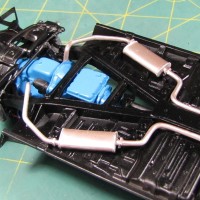 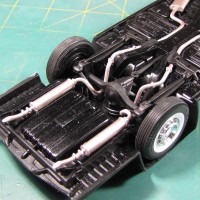 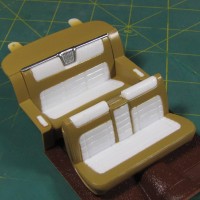 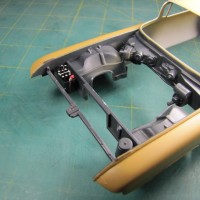 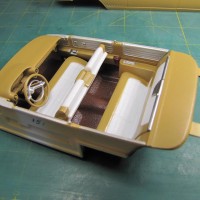 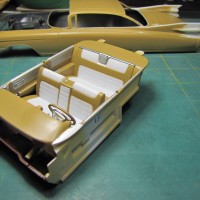 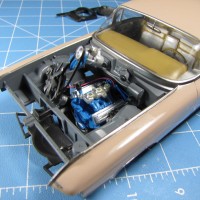 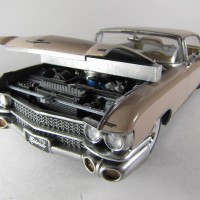 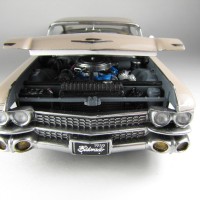 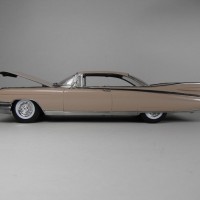 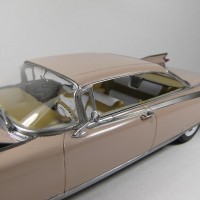 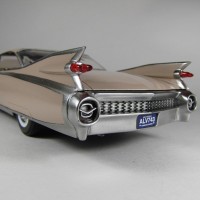 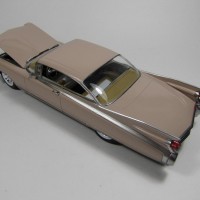 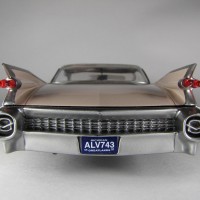 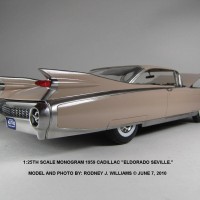 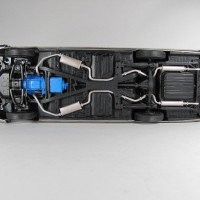 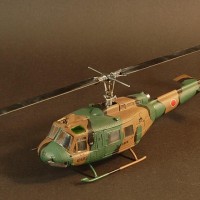 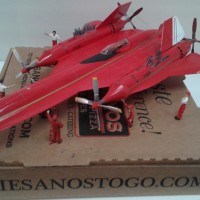 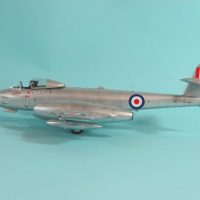 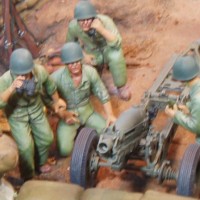