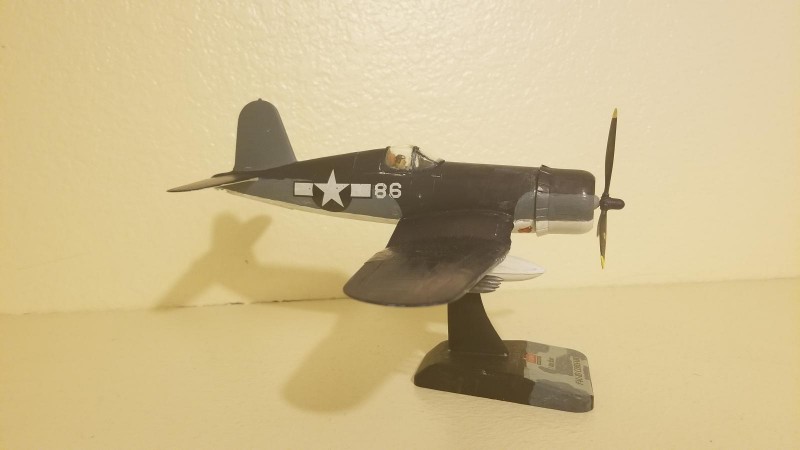 I bring to you my F4U-1 Corsair in 1/48th scale, a gift from Louis Gardner. This model was a labor to build. I loved the kit so much. It was a fun project and even had some unexpected challenges fit wise that I ended up solving. I thought the process was entertaining. The hate part came when I lost my mojo following some pretty uncool things in my personal life, and my seeming inability to properly weather this. So, j didnt weather it. I'm just going to call it here and revisit it when I get the chance to expand my skills more, and I'm not so frustrated.

This particular scheme belongs to a Pilot named Gregory "Pappy" Boyington, one of the most famous Corsair aces. He scored those 6 kills you were talking about while flying as a Flying Tiger / AVG pilot in China. These 6 kills have been a subject of controversy over the recent years. Some historians only credit him with two out of the six he claimed. He is credited with a total of 28 kills. He also earned the Medal of Honor and this was presented to him by President Truman after the War was over. He spent the rest of the War as a Prisoner of War held captive by the Japanese. When he was shot down, he was picked up by a Japanese submarine and taken into captivity. His wingman, Captain George Ashmun was killed just before Pappy was shot down.

He scored his last two kills on the day he was shot down. They were number 27 and 28. At the time he was shot down, on January 03, 1944, he was the leading Ace in the Pacific Theater. 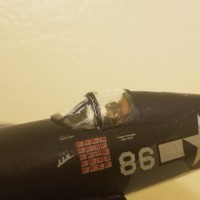 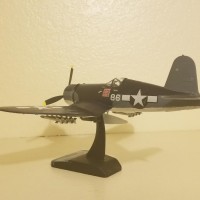 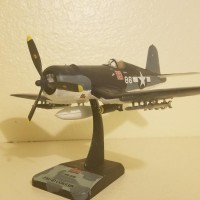 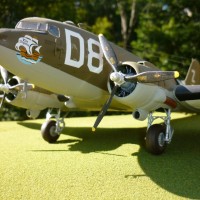 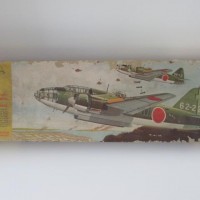 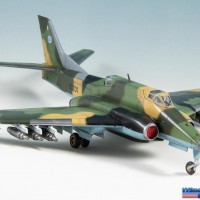 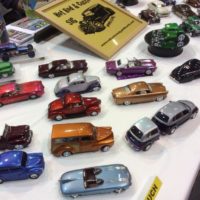