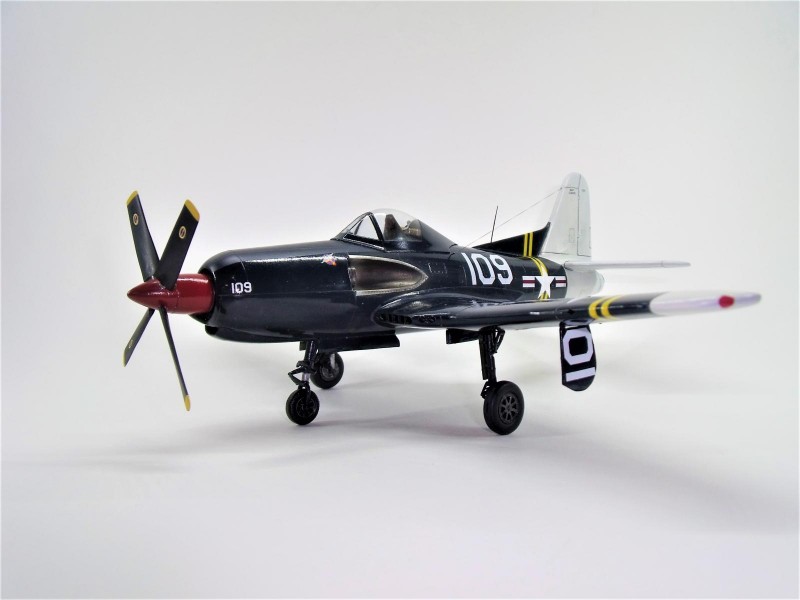 Good day all... I'd like to share one hot off the bench, as I'm happy to be done with this unique a/c. 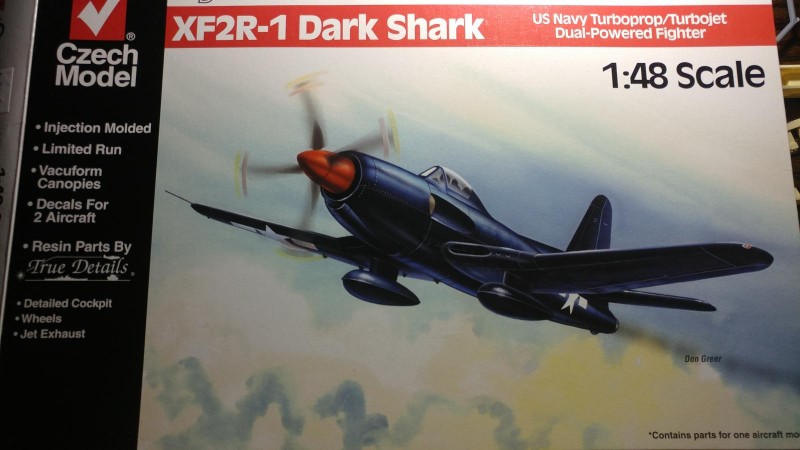 This build is OBB of a multimedia kit by Czech Model. There are reviews for it online, and generally speaking, they represent my experiences with the kit. My only deviation from online reviews would be that I found most of the included True Details resin pieces to be soft on details, and I was generally not pleased with the finer details. All said and done, the resin required more reshaping of some of the "near-net" form contours than I expected, but generally the fit as expected, with some work. This was my first extensive experience with cast resin as well as with vacuum form canopies (which even though the kit provides two, I didn't need the second 😉 ). I found the resin wheels provided with the kit to be malformed, and as such I removed the brake calipers from the hub and grafted them to a set of Hellcat wheels from the spares box. They are much larger diameter than the kit wheels, but I think it looks cooler, despite the fact that it now has less prop clearance. 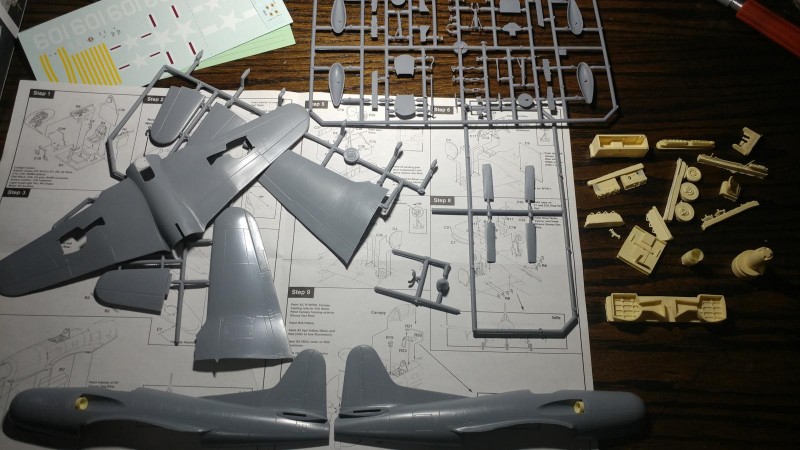 The kit provides options to do markings for two aircraft, though in real life only one was ever built. Rather than build the XF2R-1, I chose to build the what if option which is that of the VF-41 Firebirds, and added a few embellishments, because.. why not? This is generally how the aircraft might have looked if it was to replace the FR-1 operationally, though that was far from likely...

The real aircraft was, of course, based off the operational (yet not too successful) Ryan FR-1, which was flown in the late 40's. Like the FR-1, the F2R was dual-powered, which meant that it had both a driven propeller up front, and a turbine in back. The biggest difference between the FR-1 and F2R however, was the replacement of the forward radial engine with an experimental turboprop. The plane had teething issues, and really did very little to correct the many issues that plagued the FR-1's operational history. Ryan was working on an XF2R-2 for the Army, which was to correct many issues (structural, landing gear weakness, etc) however, prior to this coming to fruition, the notion of dual-powered fighters rapidly fell out-of-favor with the Navy. More info can be found on Wikipedia. 😉 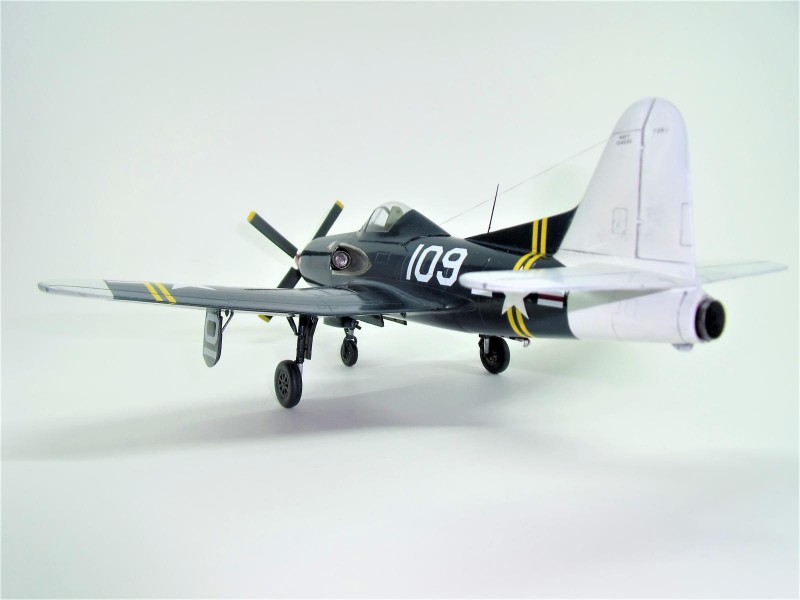 It's not a perfect build, but it looks cool between a Bearcat and a Panther on the shelf. 🙂 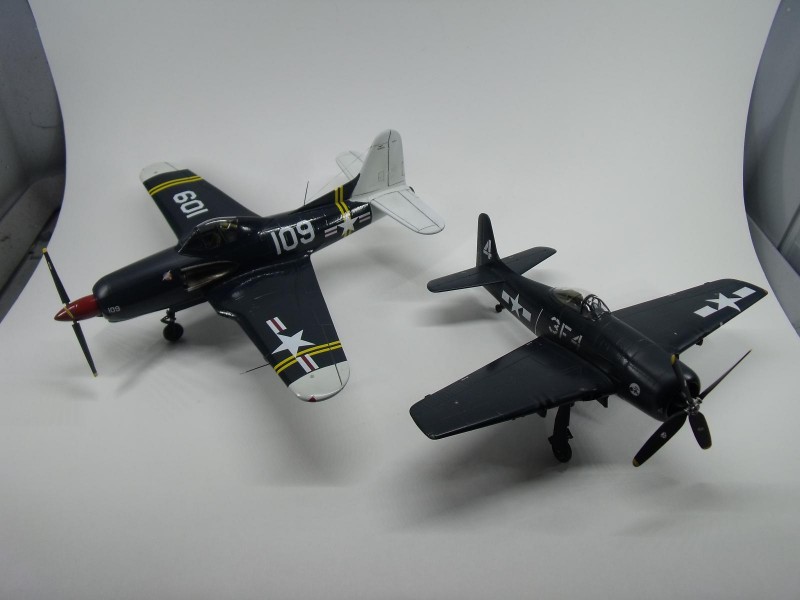 I hope you like it! Ps: I may yet dull down the finish, but despite the somewhat orange peeled finish, I like the shine. 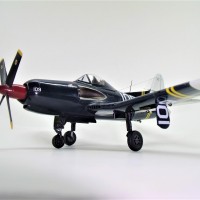 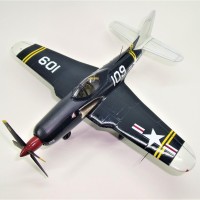 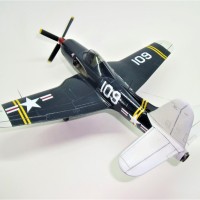 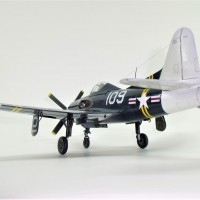 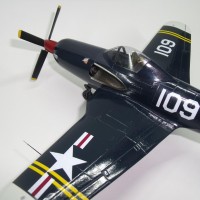 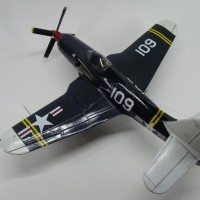 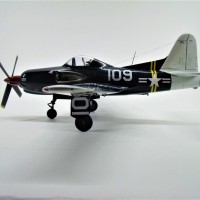 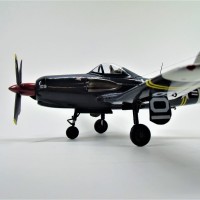 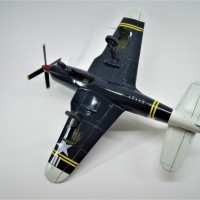 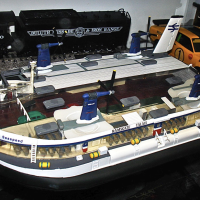 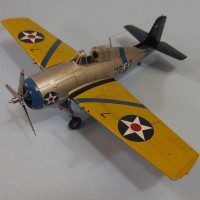 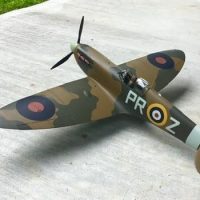