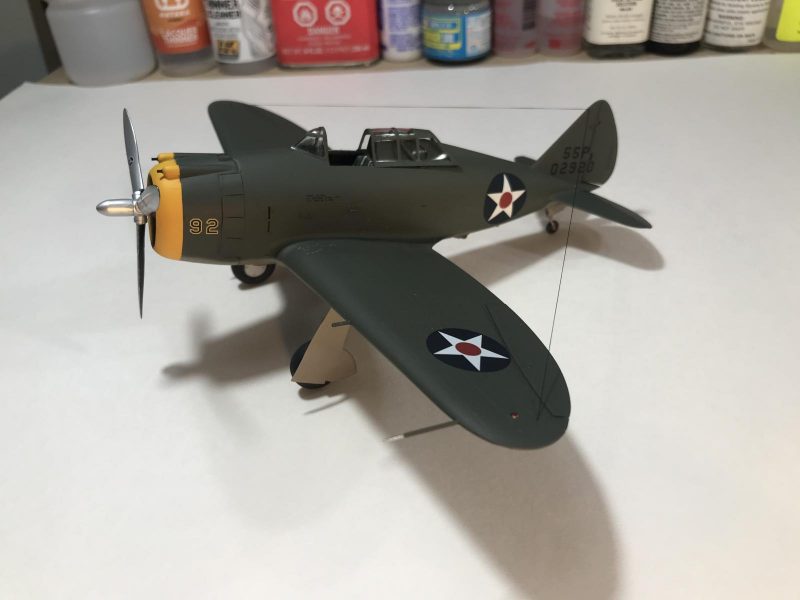 This is the new Dora Wings kit. I was happy to see this one released and really enjoyed building it. The model is a high end limited run kit that would be a good choice for someone’s first limited run experience. I built it pretty much out of the box, only adding Eduard seatbelts and brass tubing for the wing mounted .50 cal gun blast tubes. The firewall in my example was too wide and needed to be sanded down to fit. The cowling is built up from 8 parts, including PE cowl flaps and vent screens. It seems fiddly, but if you assemble it in stages over a couple days, it all fits. The engine fits into grooves in the cowl ring which means you don’t need to use the spindly engine mounts provided. I finished it with my usual Xtracolor and Humbrol enamels. I gave it minimal weathering as it was based in Portland, Oregon early in the war in the air defense role. FYI, the kit’s painting guide for this plane is wrong. They would have you paint 1/3 of the cowl ring white. It should be solid yellow. The decals want to grab immediately to the first thing they touch. I destroyed one of the star insignias and decided to replace all of them with Yellow Wings items. EZ line for the antennas and a blast of Testors dull coat wrapped it up. This was a fun kit, recommended. Finally, I added a couple family photos featuring the P-35 and P-47 for comparison purposes. 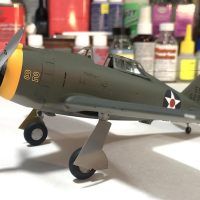 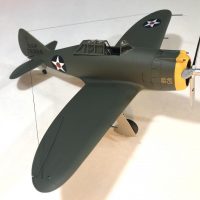 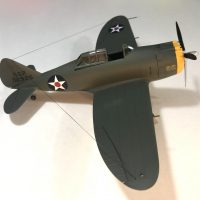 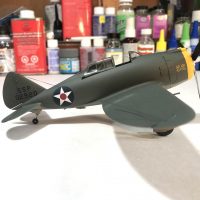 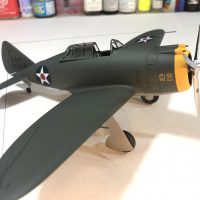 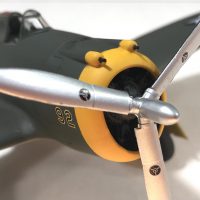 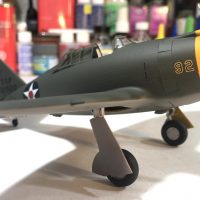 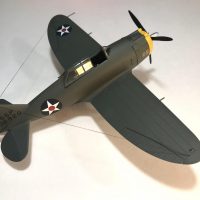 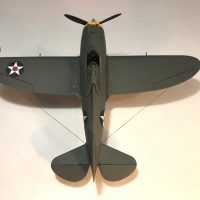 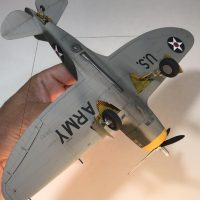 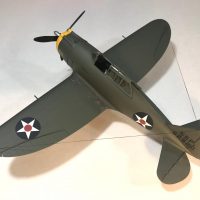 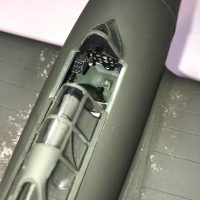 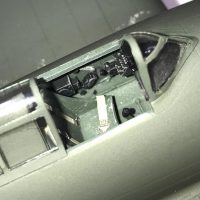 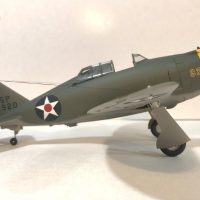 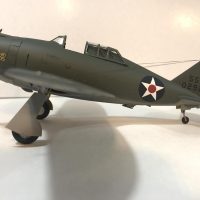 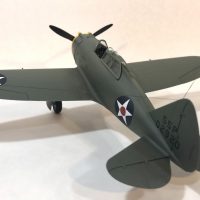 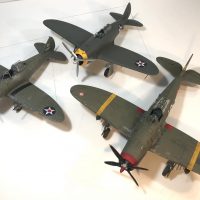 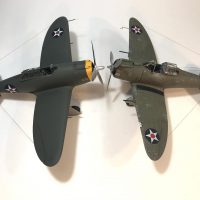 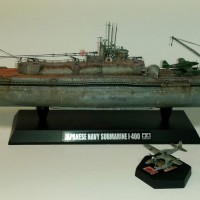 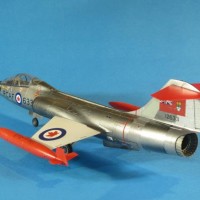 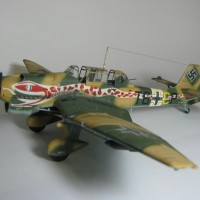 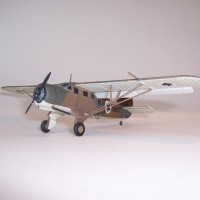