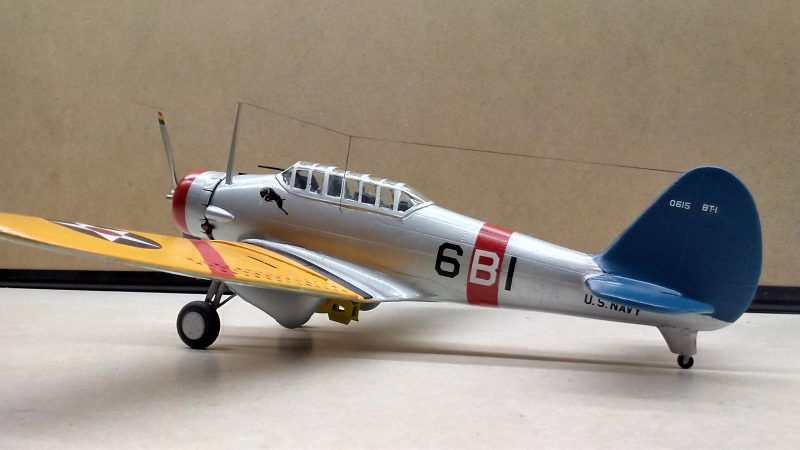 The Northrop BT-1’s claim to fame is being the proof-of-concept aircraft that led to the development of the famous Douglas SBD Dauntless. Entering US Navy service in 1938, the BT-1 introduced the hydraulically actuated perforated dive flaps which provided excellent stability in a dive. It also had landing gear which retracted rearward into underwing “pants”, partially protruding to enable wheels-up landings in case of hydraulic failure. The pants design contributed to the aircraft having poor handling characteristics at low speed - not a good feature in a carrier aircraft! Only 54 aircraft were produced for the Navy, serving on the USS Yorktown and USS Enterprise. Redesign of the BT-1 led to the development of the XBT-2, and the name was changed to SBD after Northrop was bought out by the Douglas company in 1939.

The kit is from Vac Wings, the only BT-1 kit in 1/48 scale that I’m aware of. To flesh out the details of this sparse kit, I initially ordered an Accurate Miniatures SBD-1, but once I received the kit, I decided it was much too nice to be used for parts (my only SBD to date is a Revell/Monogram kit). Plan B was the purchase of another Revell SBD kit instead. I used the cockpit and bulkhead, machine gun, bomb, arresting gear, antenna and pitot tube. The cockpit was upgraded with some details and a scratch-built gun ring for the rear machine gun. I was considering using the outer wing panels and dive brakes from the kit, but as you can see in the photograph, the Revell wing is severely undersized! Once again I replaced the supplied white metal engine with Vector’s R-1535 resin engine, and substituted Aires resin wheels for the vac-form wheels.

Construction involved cutting out the molded in oil cooler and substituting a resin copy of the oil cooler out of a Great Wall Hobbies TBD kit. The wing-to-fuselage joint came out pretty wonky, so lots of filler and sanding was needed there. I kept the flaps closed for simplicity, but drilled out all the holes by hand. As with the Buccaneer kit, the molded holes on the top flaps didn’t match the holes on the bottom flaps, so I drilled all the way through from the top, and then went back and puttied in the remaining indentations.

For ease in matching up top wing halves to the bottom, I cut away the outer wing panels so I could work with flat surfaces. Later, when I re-assembled the out panels to the center panel, there was a noticeable gap between the panels. To overcome this, I sanded off the raised rib at the attachment point, glued the wing panels on, then glued on .035 plastic rod over top of the joint. The rod covered the gap at the joint, and reproduced the appearance of the raised rib. I was quite pleased with the outcome of that little operation!

Opening up the wheel wells in the “pants” was a challenge since the plastic was very thin. I had to reinforce the inside with thin plastic strips, and putty the outside to fill in dents in the plastic. I carefully cut away the landing gear doors, to be attached to the white metal landing struts with short pieces of plastic rod.

Painting was a nightmare! I had issues with overspray getting on other surfaces, poor quality masking jobs, and I ended up repainting the wing 4 times! I initially tried using Vallejo Air chrome yellow, but the masking tape kept pulling it loose when I was doing the stripes. I finally went back to my yellow-with-a-drop-of-orange enamel solution, which stuck to the surface better - and I prefer the look of the color anyway. All colors are Testors enamel - even the “true blue” tail, which is just sea blue with some white mixed in.

The original decals worked just fine, but I substituted Yellow Wings stars, because the supplied stars had too light of a blue color. The wing walk decals are from the Revell kit. Two coats of Testor gloss spray over the top to finish it off. Lastly, I took the advice from the kit instructions to sand and polish the white metal propellor instead of painting it - and it turned out really nice!

At this point, I have one example of every model that exists in 1/48 scale to document the development of dive-bombing, from 1919 to 1945. I feel lucky to have been able to collect the Sierra and Vac Wings kits in so short a time. Eventually I will replace my Revell SBD with the Accurate Miniatures kit, but I’ve pretty much built everything that I want to build as far as airplanes go(I still want to do a couple more tractors!). I hope you enjoy my BT-1! 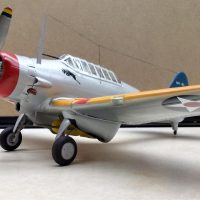 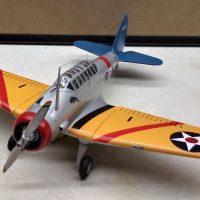 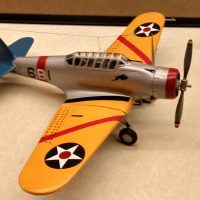 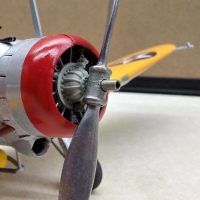 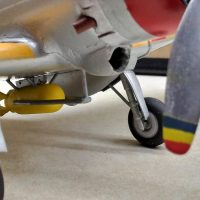 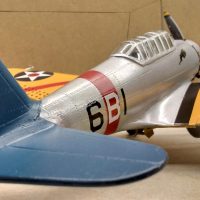 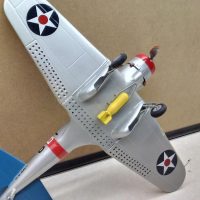 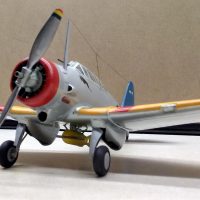 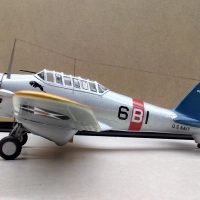 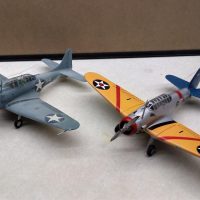 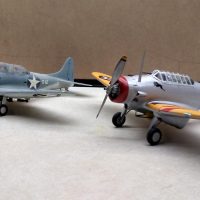 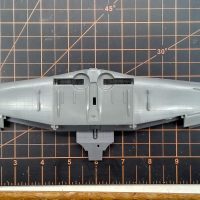 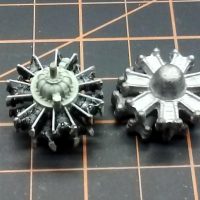 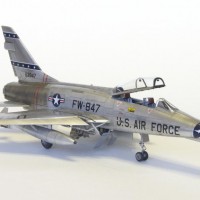 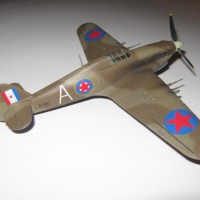 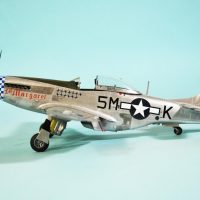 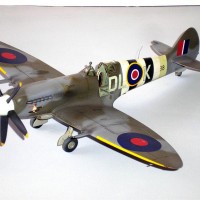