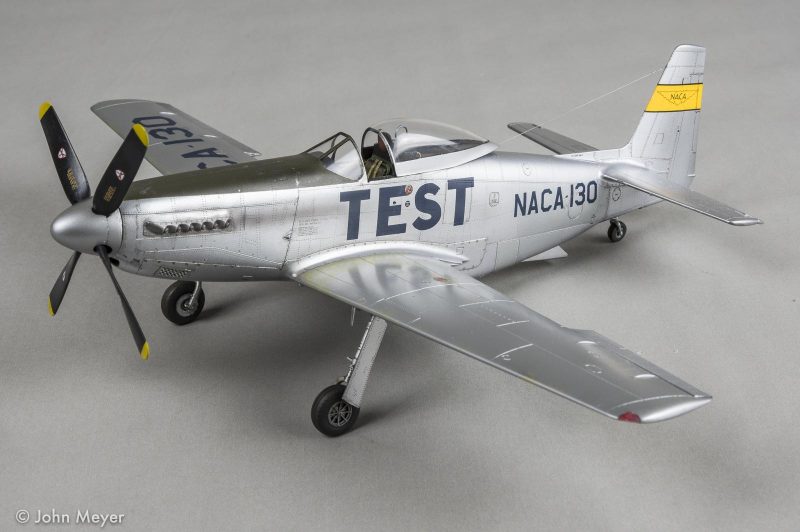 This is the excellent Modelsvit kit. The gunsight was omitted, as were the wing guns and tailwhell bay doors. The main landing gear doors were assembled closed, as these were always closed on the P-51H after every gear extension. (Modelsvit has erroneously designed them to be positioned open.)

I used a few of the decals from the Caracal P-51H sheet: the data stencil and the NACA emblem on the fin, and the red emergency arrows, which are printed upsided down unfortunately. Caracal's research for this airplane is a little iffy, as it doesn't include the NACA-130 markings for the wings. Not that that mattered much, as I cut masks and painted all these markings anyway.

This airplane survives and until recently was flown in RAF markings as N49WB, but was deregistered in 2018. 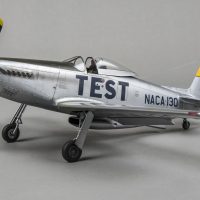 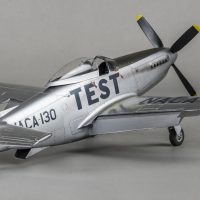 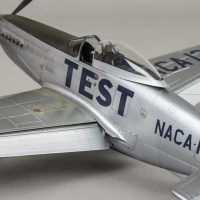 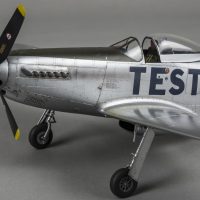 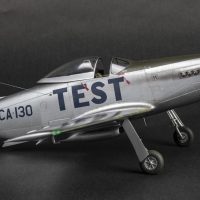 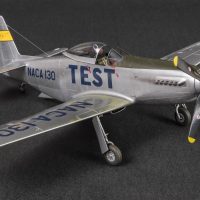 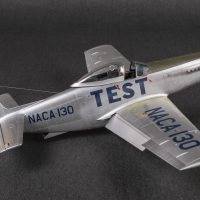 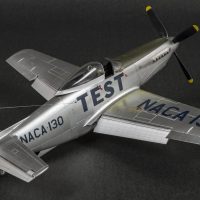 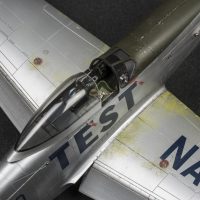 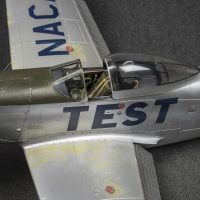 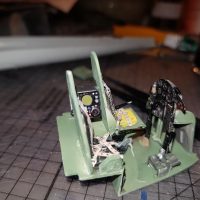 Revell 1/32 Mosquito or The Scottish Tamiya. Not good! 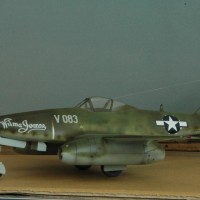 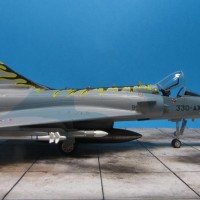 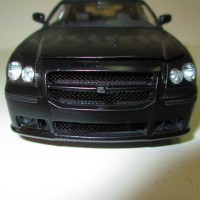