Aquatic Eyes in the Sky…1/48 Vought OS2U Kingfisher, US Navy 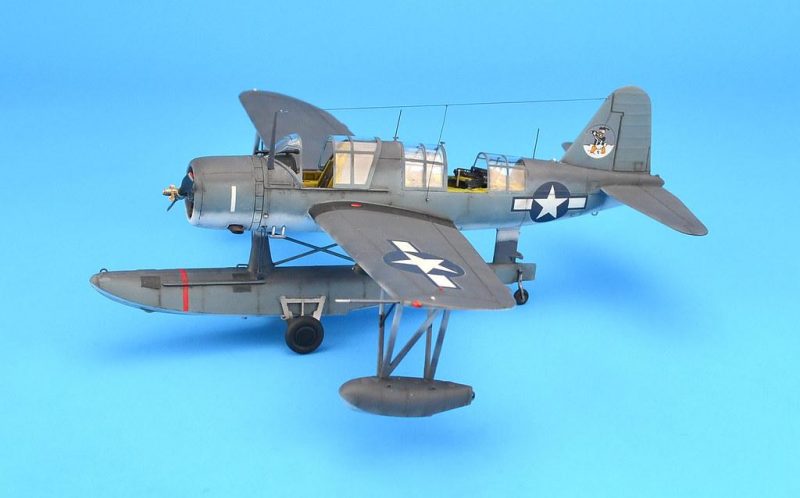 After the Beriev and the Rufe, here´s my dad´s next finished seaplane.
The good old Monogram kit. First released in 1966, this is the “Hi-Tech” version from 1993 which includes PE parts.
Built mostly oob, the thin main float to fuselage struts were done with plastic rods, so were the whip antennas, additional side float struts done with plastic stripes. EZ Line used for the antenna wires.
Painted with Gunze H54 Navy Blue and Tamiya XF-18 Medium Blue, both ligtened up with white and some Tamiya White for the underside.

The model shows a Kingfisher that was stationed aboard the battleship USS Wisconsin in 1944/45. 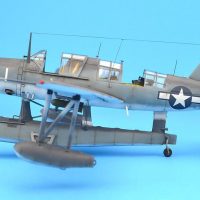 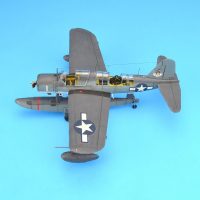 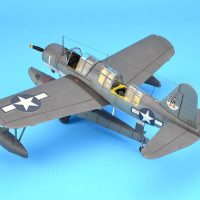 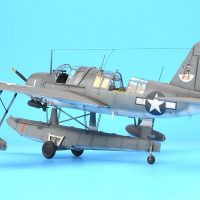 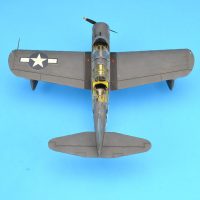 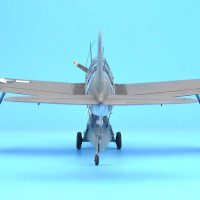 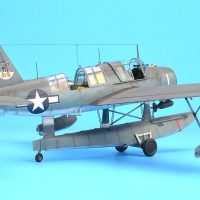 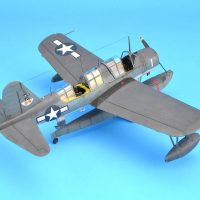 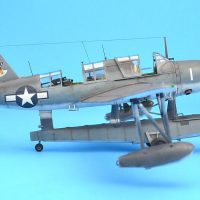 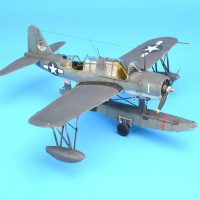 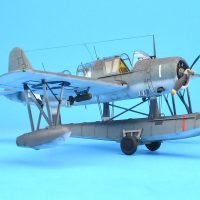 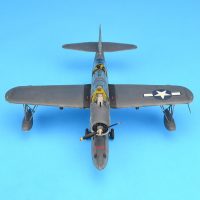 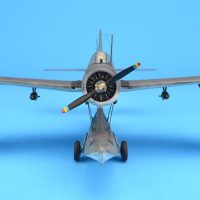 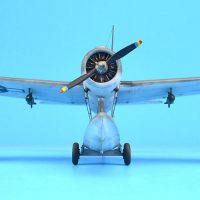 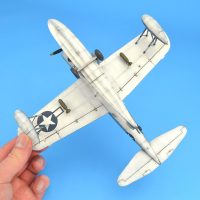 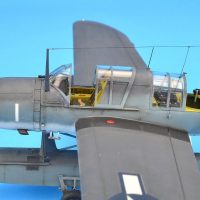 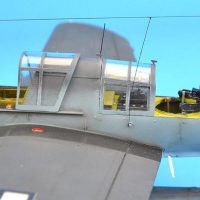 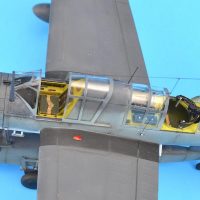 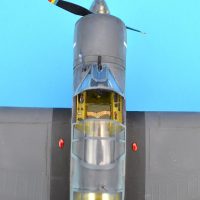 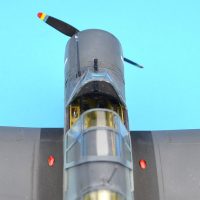 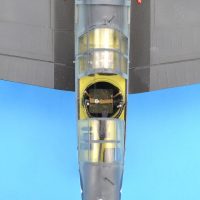 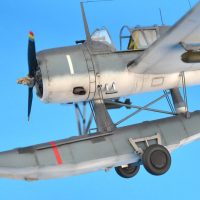 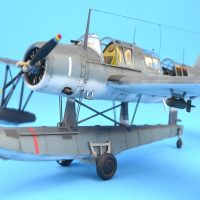 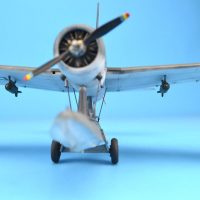 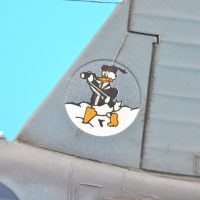 11 responses to Aquatic Eyes in the Sky…1/48 Vought OS2U Kingfisher, US Navy 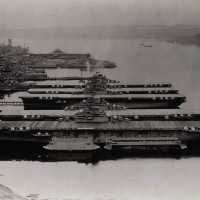 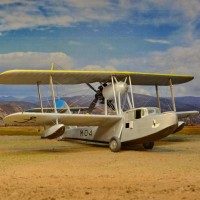 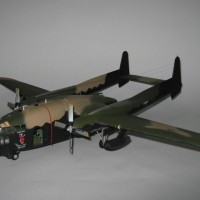 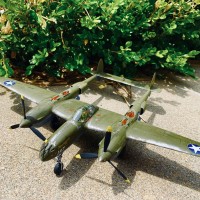