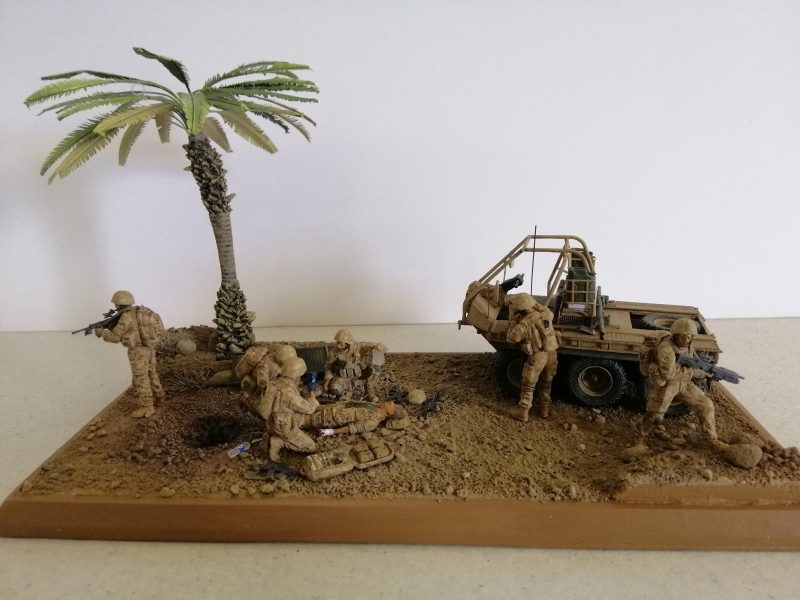 This is 3 Gecko Models kits combined to make a diorama where I really wanted to capture the urgency of a medivac after an IED ambush.

Overall the British Army ATMP vehicle is an excellent kit with plenty of detail, if not a bit fiddly in parts. I don't love lots of PE parts as I find them too darn small for my eyes to focus on (must be an age thing?) however what did really disappoint me with this kit was that both sides of the ATMP and the foot well in the back where the spare tyre are corrugated (refer my last photo) but if you want this effect you have to buy their after market items. I thought holding back a major piece of detail to make you buy their after market product was a bit off to be honest. With the after market pieces it also comes with some wheel hubs that they have obviously forgotten when the produced the kit as they arnt even mentioned in the instructions. They are small and you wouldn't really know unless you'd seen the real vehicle close up. A lot of the pieces on the sprue are very small and fragile and no matter how hard I tried a couple broke which made me say a few bad words out loud - haha!

The figures are excellent and have lots of detail and come with wee extras so you can change around webbing and pack configurations quite easily.

The only thing I changed with the figures was I made a new IV bag out of silicone to make it look more authentic.

On the whole I'm really happy with these kits, how this turned out and think it looks quite busy with plenty of urgency captured in the action. 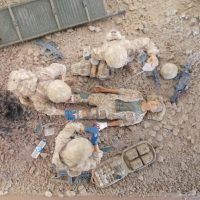 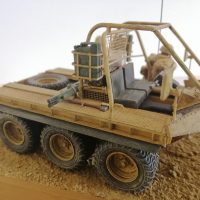 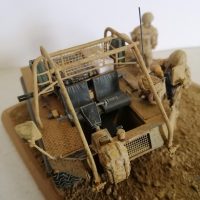 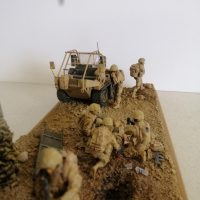 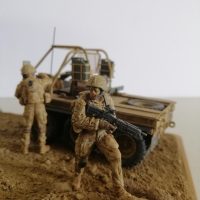 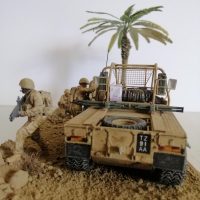 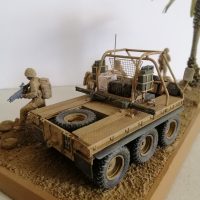 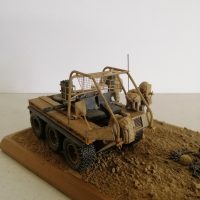 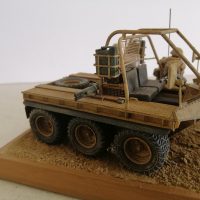 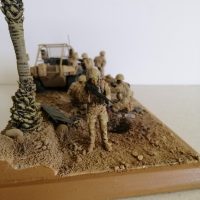 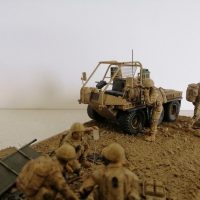 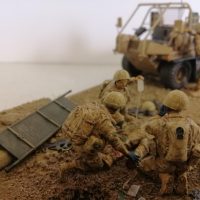 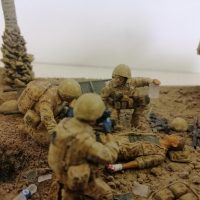 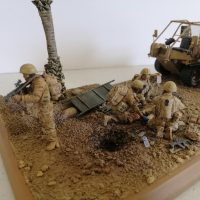 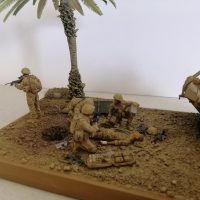 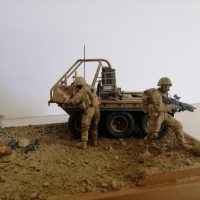 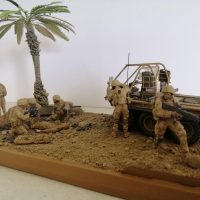 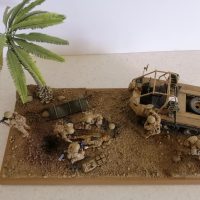 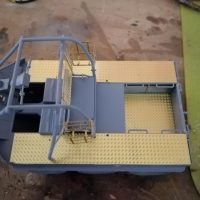 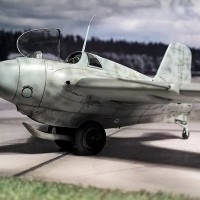 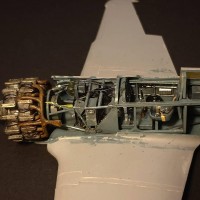 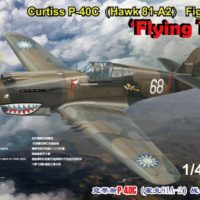