My Father completed primary training in Georgia, USA. Before being posted 61 OTU Rednal and thence to 243 Squadron Spitfires he spent quite a few months of 1942 towing Hotspur gliders at the No 4 Glider Training School, Kidlington (Now Oxford Airport).

This fate indicates that he was perhaps not the very best fighter pilot They weren't short by this stage and delayed sending "average" pilots to their deaths any sooner than necessary!

Anyhow, he flew Hectors and Audaxes for what was almost certainly troop training for D-Day. There are very few pictures of this time probably because the training of Airborne Troops was top of the Top Secret list. However. His logbook shows that he actually flew K7424 (shown in flight here) on.

This is the third kit I build after starting back and it's pretty rough. This is the Silver Wings Hart converted to Audax. At the time this was the only 1/32 scale Hart available and is no longer in production. Now, those who know SW kits know they are pigs to build if you're a beginner (I had a SW Stearman too which has gone to Resin Shrapnel Heaven, replaced by an ICM one). No sprues or numbers. Extremely fragile cockpit frames etc. Some experten have built some gorgeous Inter War Harts from this kit and people should check them out on the Silver Wings Galleries. (http://www.silverwings.pl/132-hawker-hart-iv.html) I think there might be one or two on iModeller too.

The Camouflage took a bit of research and it seems correct as far as I can make out for early war trainer/second line aircraft ie. standard camo with yellow bottoms. The Audax exhausts were formed from copper wire and a tailwheel scrounged from somewhere.

I'd love to see an injection Hart in 1/32 and thought Roden might oblige. I would try again and make a tidier job. 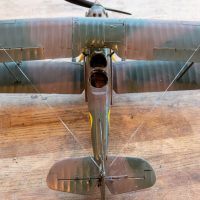 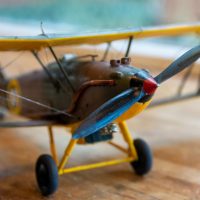 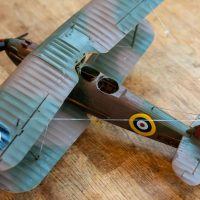 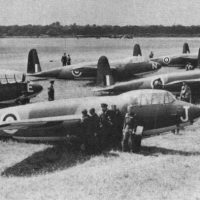 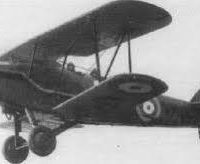 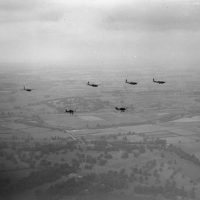 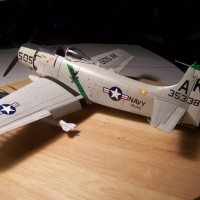 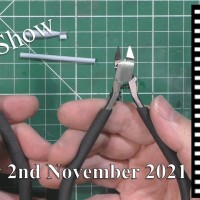 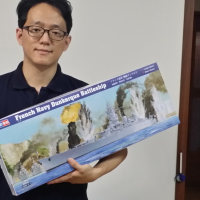