Topic:
This project envisaged the modeling of a BT 4x4 command tower of the East German border as they started to appear in both Berlin and the German countryside since about 1980, when the Deutsche Demokratische Republik (DDR) was near its end. 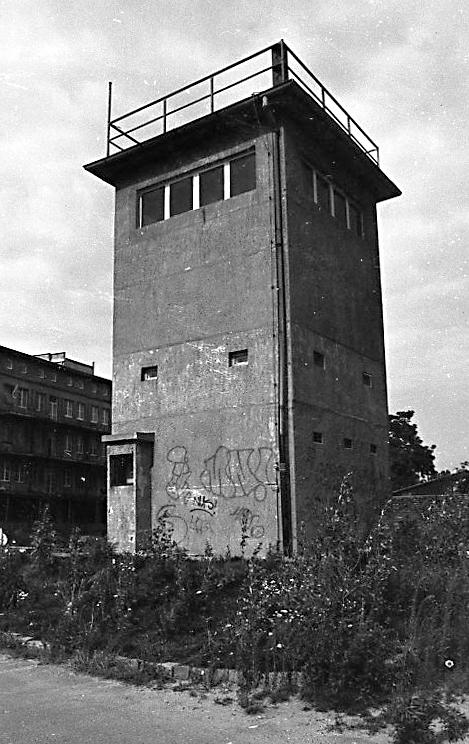 Some history:
This year 2021 marks sixty years of the Berlin wall. The division of both Germanies was decided at the end of the war during the conferences of Tehran (1943), Jalta (1945) and finally Potsdam (1945). The West of Germany came under influence of the Allies while East Germany disappeared behind the 'Iron Curtain'. The Deutsche Demokratische Republik (DDR, basically a soviet-style socialist republic) was founded in 1949 and managed as a communist state. There were important differences in economic prospect for people living in either of the divided Germanies, with those in the West massively better than in the DDR and therefore migration of skilled workers from East to West was a difficult problem, especially via the open city of Berlin. The answer by then Chairman Walter Ulbricht was to divide Berlin and build the wall, and the rest - so goes the saying - is history. 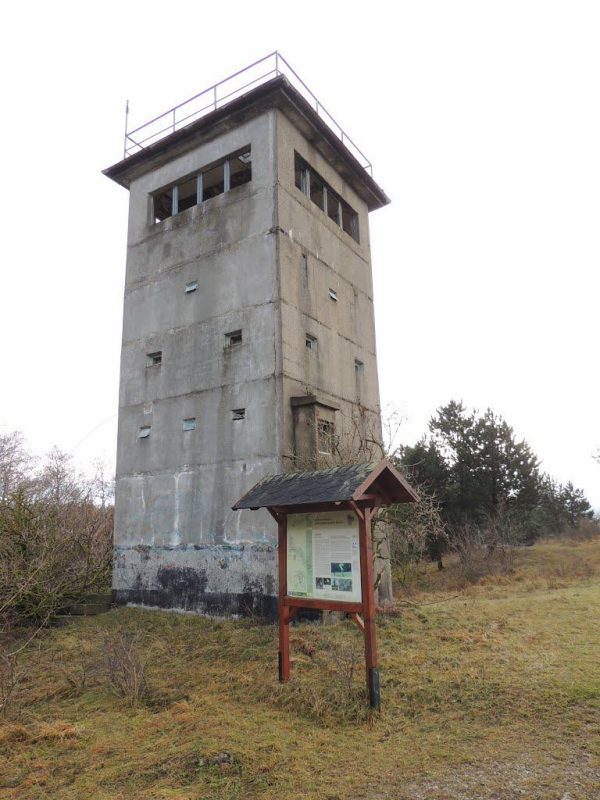 A border well controlled...
Both the border in Berlin and more generally in the German countryside had to be guarder 24/7 and border control professionalized over the years. The border control was a massive undertaking for the DDR as a country, involving 60.000 on personnel over the years and billions of dollars to maintain. These billions, the DDR did not generate itself and when the Soviet union collapsed at the end of the eighties, its lifeline was eventually cut, leading to the fall of the Berlin wall in November 1989. Tragically, the massive expenses made in policing and protecting the DDR border contributed to the collapse of the very republic. In any society, large scale curtailment of individual freedom always fails in the end! Let this be the morale of the DDR! 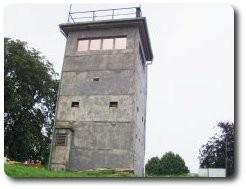 What triggered this project?
I was 14 when the wall fell in 1989. I remember my late father telling my sister and me that this constituted a historic moment and that it finally marked the definite end of WWII in Europe. He was proven right, and having travelled Germany extensively in my life, I can not imagine this beautiful country to be divided ever, but it was... You still find traces in Berlin, like Checkpoint Charlie in the Friedrichstrasse but also elsewhere in the countryside where border roads or towers remain in place.

The border between both Germanies was defended in force and this build is dedicated to those 327 that fell on the border in search of a better prospect in life in the West and particularly to Günter Litfin who was shot around the corner from where I lived in Berlin, also in 1961.
https://en.wikipedia.org/wiki/G%C3%BCnter_Litfin

The model:
I researched this project over a couple of weeks in January by looking up picture material and drafting plans in scale 1:35. This is the first post on a series and you can follow the build thread here:
https://imodeler.com/groups/work-in-progress-armored-vehicles-and-artillery/forum/topic/sixty-years-germany-divided/

I drafted the plans mainly based on this drawing 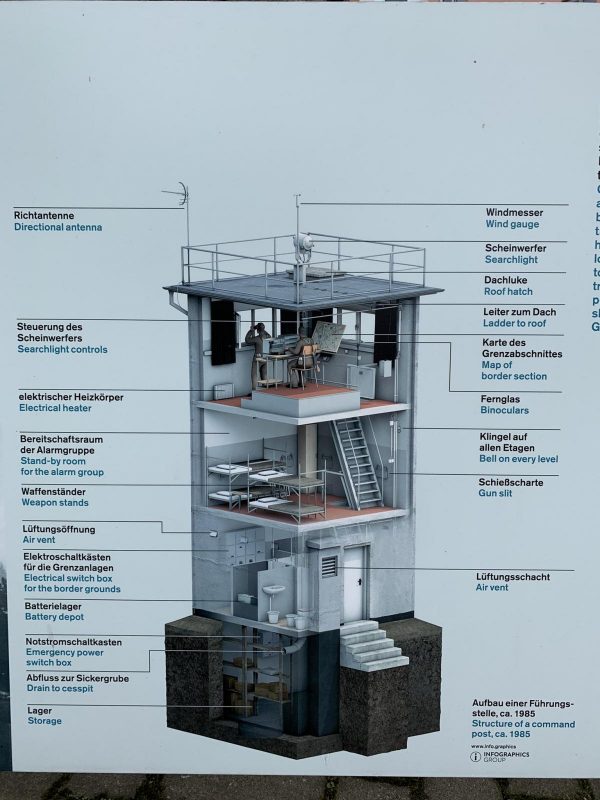 So the correctness of this build largely depends on it, although the real thing measured about 4x4 meters, being about 9 meters high.

The build:
The base structure of the tower is Balsa which was then covered in 0.5mm styrene sheet. This mimics the concrete prefabricated structure of the real deal and allows for a better finish. You can see some close-ups in the above pictures:

For details on the construction itself, I refer to the WiP thread as mentioned.

The only detail visible to the interior is the 2nd floor which was always manned 24/7 and equipped with border surveillance systems. There were over 300 towers of this type build which had a basement, a ground floor utility, a second floor with sleeping accommodation and the guard post itself on the second floor. The roof was accessible via a ladder and hatch, providing additional panoramic views of the border zone. Not all of these towers have been demolished since the DDR broke-up, some have even been converted in a hostel! 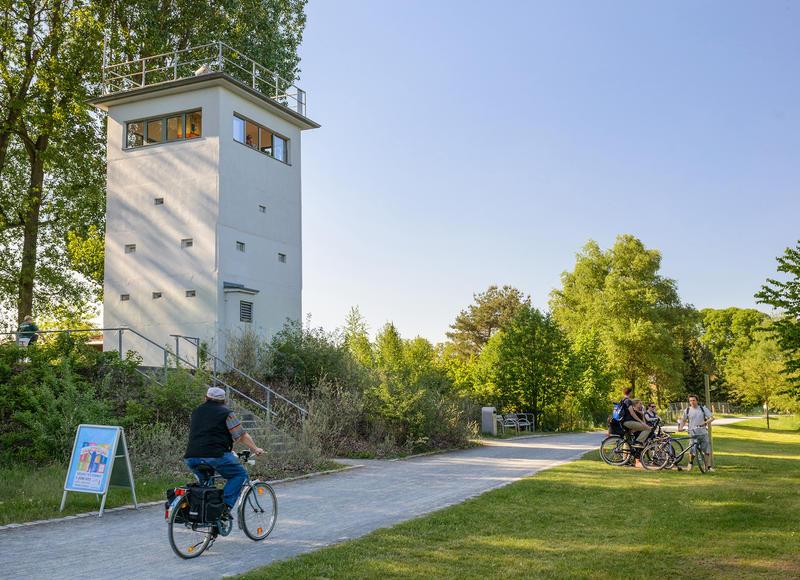 Here are some more pictures of the model itself:

And some interior details:

The diorama:
I made the diorama from wood, involving some insulation foam and static grass, the trees were made from sea moos, a natural tree-like structure which was then sprayed with thinned PVA glue and covered in colored turf. I am quite pleased by the result.

Left to do:
I am building some figures and an East-German staff car to go with the diorama, I will report on that later but meanwhile, I hope you like my crack at this scratch built project! 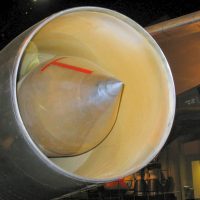 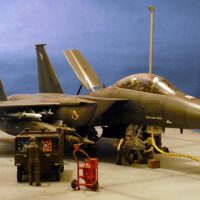 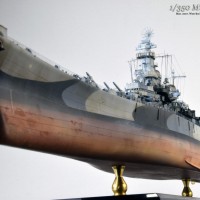 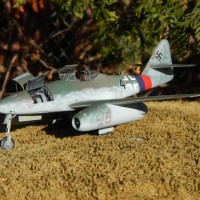