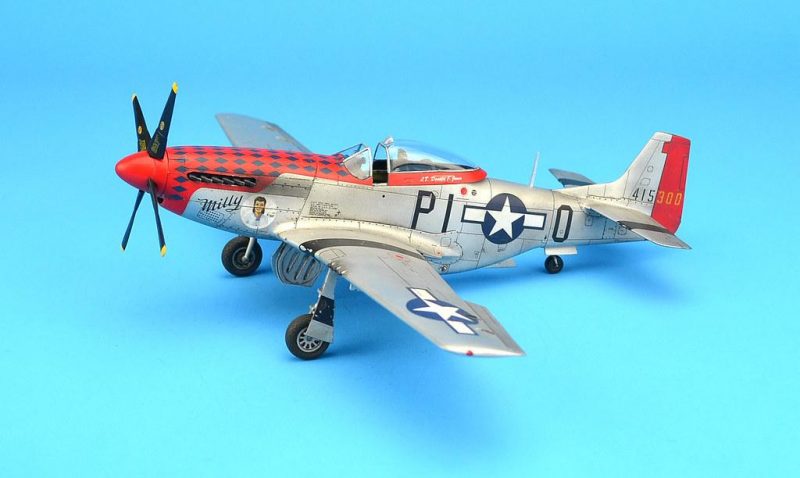 Built in 2013, this was the third Merlin Mustang my dad built, but the first he did correct, regarding the wings. Back then it was new info for us that the P-51 had sealed/filled panel lines on the wings. Besides that the wings were painted in an aluminium/silver paint, the fuselage was in a nmf. We also were told that the stenicls around the wing fuel filler caps were post war style, Tamiya did some bad research. In WW2 the stencils were straight.

The model is the Tamiya kit (combo with staff car) built oob, Model Master Metalizer Aluminium was used to paint the fuselage and Gunze H8 silver for the wings, but you don´t really see much difference... 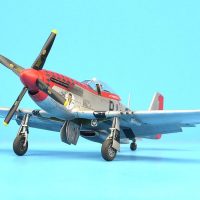 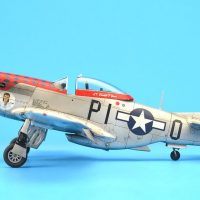 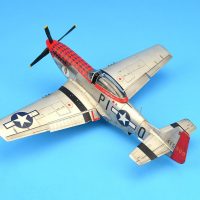 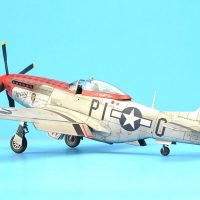 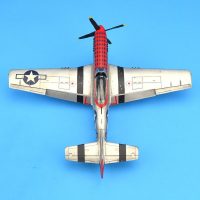 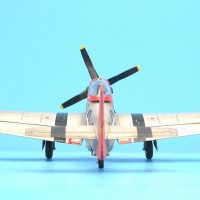 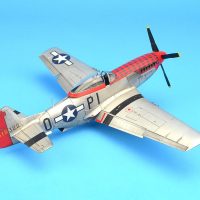 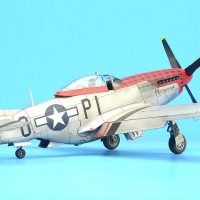 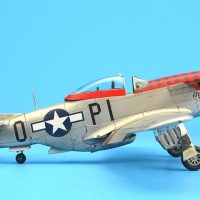 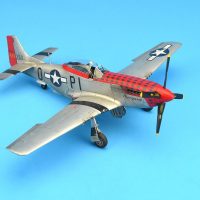 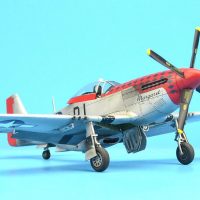 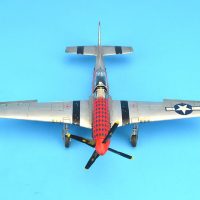 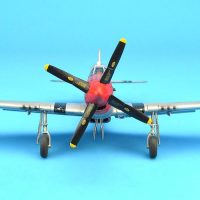 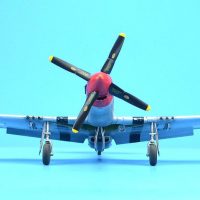 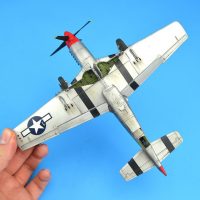 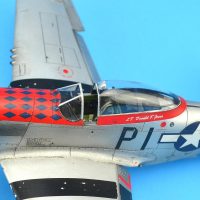 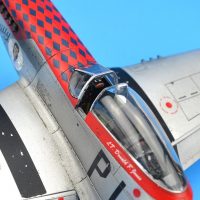 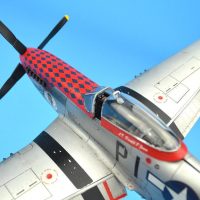 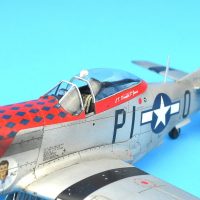 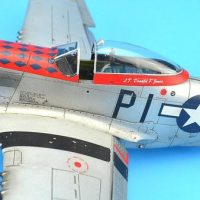 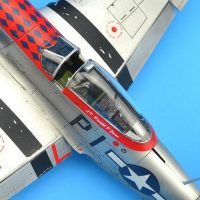 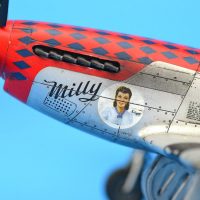 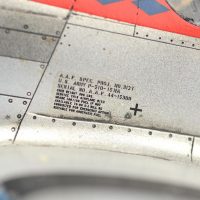 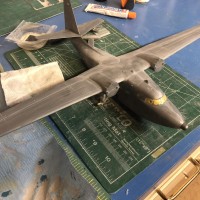