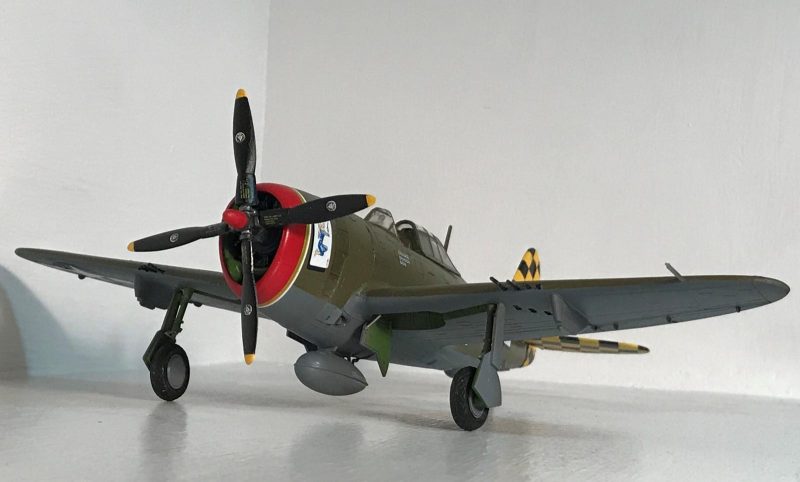 Greetings iModeler compadres. I present my Monogram-Revell P-47D Razorback, of the 325th FG (Checkertails) for your perusal, and hopefully enjoyment. This particular aircraft was flown by Maj Herschel Green, who was credited with 18 kills, which led US pilots based in the Mediterranean Theater of Operations in WW2. I wanted to do the Checkertails because of their great look, and the fact that the group was commissioned in my original hometown of Providence, RI at Theodore Francis Greene Airport ('PVD' for you East Coast US commercial flyers). You can still find the 325th commemorative plaque in the terminal.

The Model: I found this kit, which was copyrighted in 1998 (under Revell-Monogram at that time) to be quite respectable and very enjoyable to work on. I scraped off most of the raised panel lines and engraved new ones in their place. I added a 75 gal tank from a Monogram P-51B that was in my spares box. Otherwise the kit is straight from the box, including decals. The parts count is a bit low, but despite some production shortcuts, the accuracy is adequate-to-good. The kit featured InvisaClear (Microscale?) decals which worked well, except when I destroyed the black checker decal for the vertical tail. Lesson learned: cut the decal in half and do the port/starboard (top/bottom), one side at a time. Then fill in any gaps with semi-gloss black paint on the forward edges. My homemade paint masks salvaged my 325th FG ambition for the vertical tail, and I was glad to not have to undo the investment in painting the yellow tail. The 3" prop scales out as a 12', 2" Curtiss Electric, which was standard up to the D-22. The prop decals were excellent too.

The Plane: iModeler members seem to LOVE the P-47. There are about 170 really nice P-47s on display at iModeler (great search function!). We love this airplane; and we have good reason to.

So there is my tribute to Monogram and Republic/Seversky. Thanks for any comments and any thoughts on the P-47 in general, since this plane has evidently seized our imaginations in a big way. 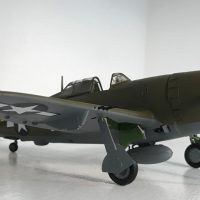 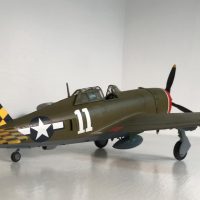 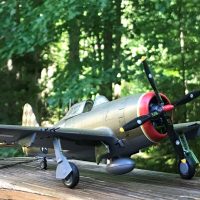 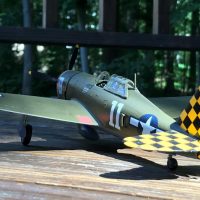 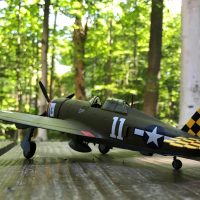 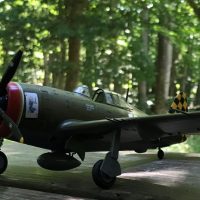 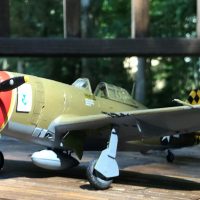 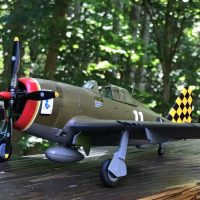 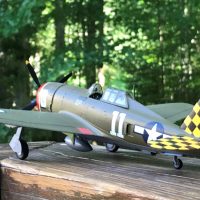 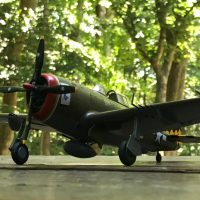 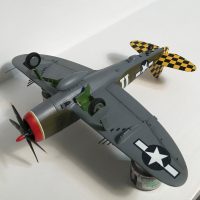 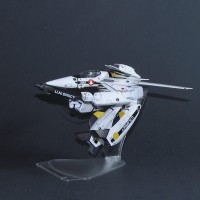 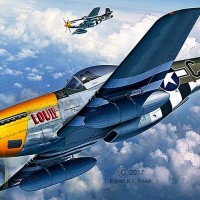 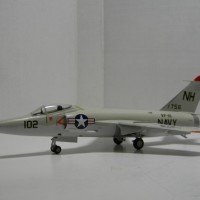 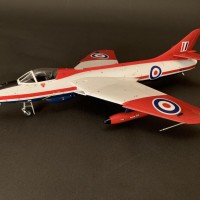