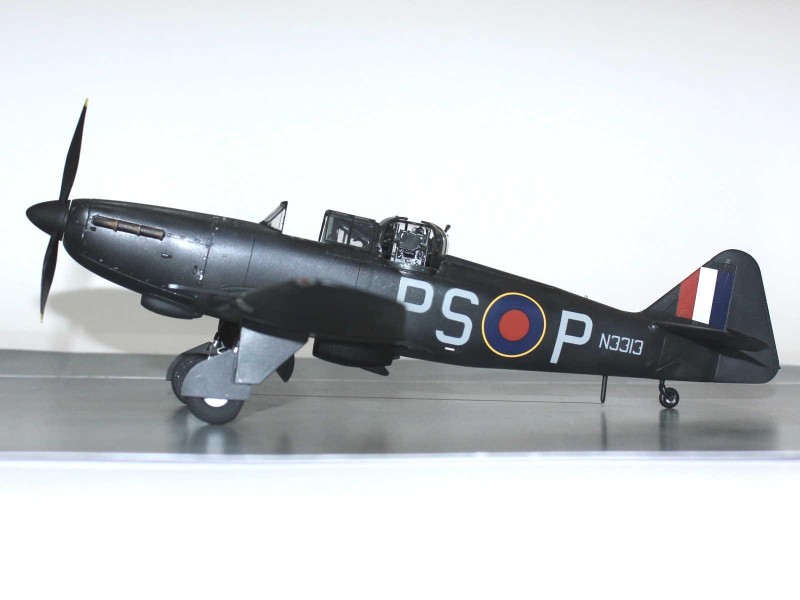 This model represents a Defiant NF.I of No. 264 Sqn. flown by Sqn. Ldr. Philip Saunders, amongst others, between December 1940 and February 1941. I picked this scheme for the unusual fuselage roundel.

Mid war theory held that wars would be fought in the air between fleets of bomber aircraft attacking enemy industrial centres and the dedicated interceptors defending them. It was generally thought that single engine fighters would not have the range to escort the bombers, so the UK and US planned for their bombers to be heavily armed to fend of the defenders, while Germany put their faith in the heavy Zerstorer escort. However, both these theories proved to be flawed.

It was this context, along with the new technology of power operated turrets, that led to the development of the Boulton Paul Defiant for the RAF and the Blackburn Roc fleet defence fighter for the RN. The theory had it that the Defiant would fly alongside the attacking bomber fleet and shoot them down with the, for then, heavy firepower of four machine guns.

In the event, the Defiant proved to be under powered and too heavy to be able to deal with the faster and more manoeuvrable Bf 109s that escorted the German bombers. (The Roc’s performance was even worse, being too slow to catch German bombers, but that is another story).

The Defiant found a new lease of life as a night fighter, where there were no escorts to contend with and an extra pair of eyes that were invaluable for spotting German bombers at night. This is one such aircraft.

This is the excellent Airfix kit. It is a well-designed and detailed model with excellent fit. However, my kit suffered from a number of sink marks at the locations of heavy internal structure on various parts. The upper wings suffered the most. The wings are made up of single piece upper wing surfaces and a three-piece lower wing surface. Each wing is given an internal, rectangular structural part, possibly representing the fuel tanks, that provides strength across these joins. My upper wing parts had sink marks that reflected the internal location guides for these structural pieces. Sink marks were also present ahead of the ailerons. Other sink marks were on the radiator cover, the rear fuselage retractable decking, the main undercarriage covers and one wheel hub.

While these flaws were easily dealt with, this was an annoyance on an otherwise smooth build.

The closed canopy part had a small flaw in one of the top panes, but I didn’t care about this as I intended to build it with an open cockpit.

The kit was built out of the box except for some after-market seat belts and a scratch-built gunsight for the turret.

I like that Airfix provide the option of open turret doors to enable the detailed turret interior to be seen, but they didn’t include the gunsight. The gunsight, which is rarely visible in photos, was mounted on its side with the reflector glass, situated to the left, enclosed in a curved sun shield. I shaped the gunsight from some clear sprue, forming a rectangular cube with a rounded end and attached a small piece of circular rod on top to represent the adjustment wheel. It can be seen in some of the attached photos.

There is a small navigation light on the rear spine of the aircraft that is moulded with the fuselage halves. I accidentally sanded this off, so I drilled a hole and replaced it with a piece of shaped clear sprue.

The aircraft was painted all-over black as a base colour and then the internal sections of the various panels painted Tamiya NATO Black. This latter colour is a shade lighter than black and the effect is very subtle pre-shading of the panel lines. It is too subtle for the attached pictures, particularly as black is a difficult colour to photograph. I’ve included an in-progress photo below that shows the effect best.

To give full clearance to the gunner, the radio aerials were mounted underneath the Defiant. RAF fighters in this period were fitted with a HF radio that required a long wire aerial. On the Spitfire and Hurricane this wire led from the aerial mast to the fin. However, the under fuselage location for the Defiant required a forward mast just ahead of the main landing gear and a second mast to the rear that retracted when the undercarriage was lowered. It was when I came to adding the aerial wire that I found a photo of the actual aircraft and it lacked the rear mast.

However, it was far too late in the build to change this. What to do?

With the switch to VHF radio after the Battle of Britain, the required aerial length reduced and, as this was able to be accommodated in the mast, the wire was deleted. This is well known for the Spitfire Mk V and later. A bit of online research revealed that the Defiant started being converted to VHF radio at around the beginning of 1941, with the rear mast often being removed. However, there are plenty of photos of Defiants with the rear mast that are labelled as a much later date than this.

A bit more research revealed that this aircraft was the 297th aircraft produced and was manufactured as part of the 2nd production batch of 363 aircraft, which were delivered between June 1940 and February 1941. Being in the middle of this production run, it was most likely delivered in late 1940 with the two-mast HF radio and converted over to HF some time in 1941. So, this build is the aircraft as delivered. Problem solved.

As an aside to this research, it seems that along with the conversion to HF radio, Defiants also received IFF, which would have required separate aerials running from the fuselage rondel location to the horizontal tailplanes. I haven’t seen a photo confirming this, but I have seen at least one photo of a Defiant with what looks to be a lead-in point in the fuselage roundel.

Finally, and interesting to me as an Aussie at least, after I had finished the build, I discovered that this aircraft was later transferred to the UK based 446 Sqn. RAAF who operated it from 10/9/41 to 15/11/41. 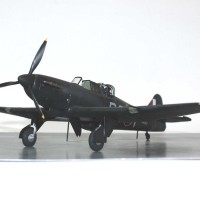 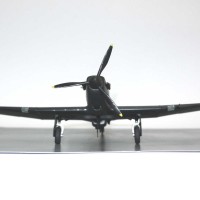 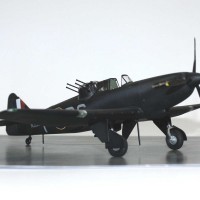 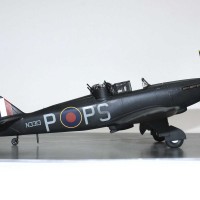 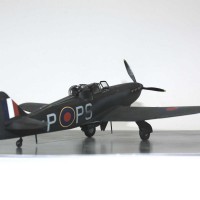 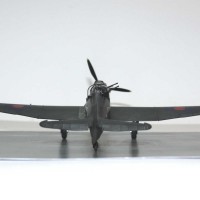 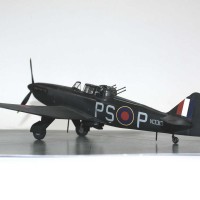 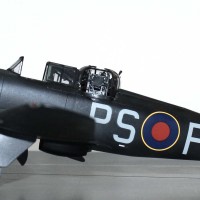 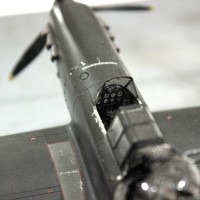 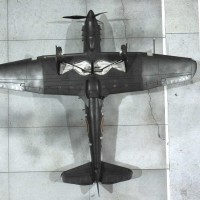 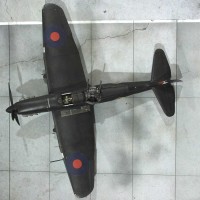 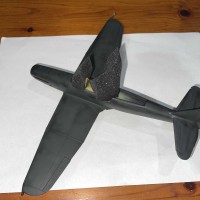 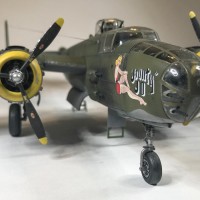 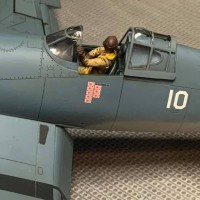 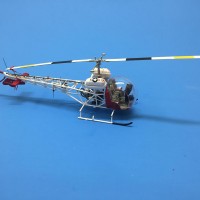 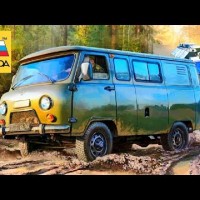