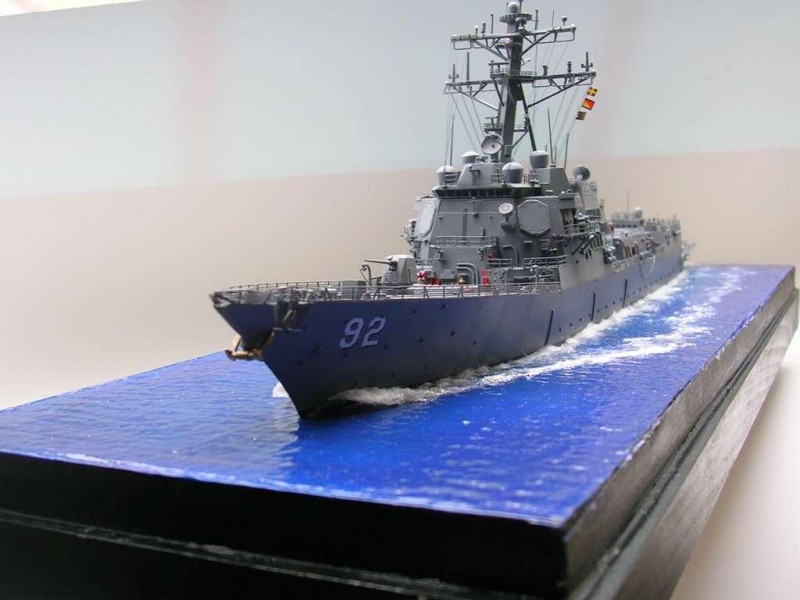 This Trumpeter model has only been made with the kit's photo-etched parts and adding only Flyhawk ladders. The kit represents the early version of the ship and has been modified to include the aft Phalanx. Numerous modifications have been made adding reflectors, speakers, fire hoses, satcom radomes, mast brackets, lights, antennas, and bushmaster guns that the ship does not carry. All in scracht. The anchor zone has also been modified. The wiring has been made with Veevus monofil 0.10 mm. The paints used have been Vallejo 70870 (fs36270) superestructure, 70868 (fs36118) deck and 70990 (fs36375), radar and radomes. The sea is made according to the usual method of gloss mediun and cotton. 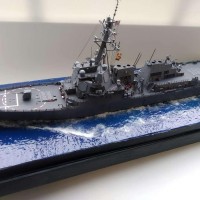 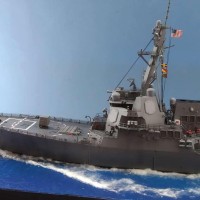 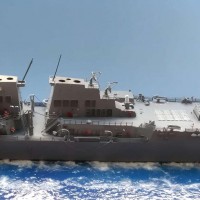 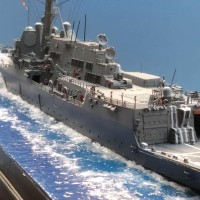 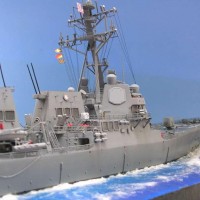 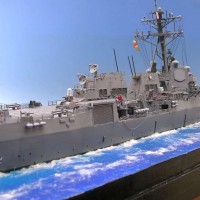 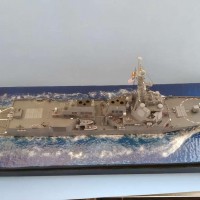 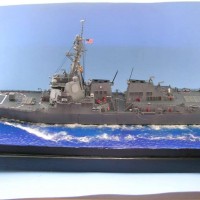 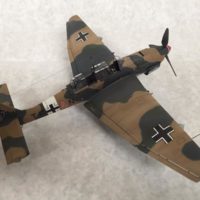 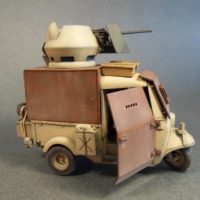 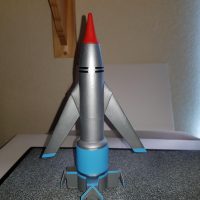 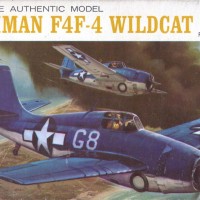