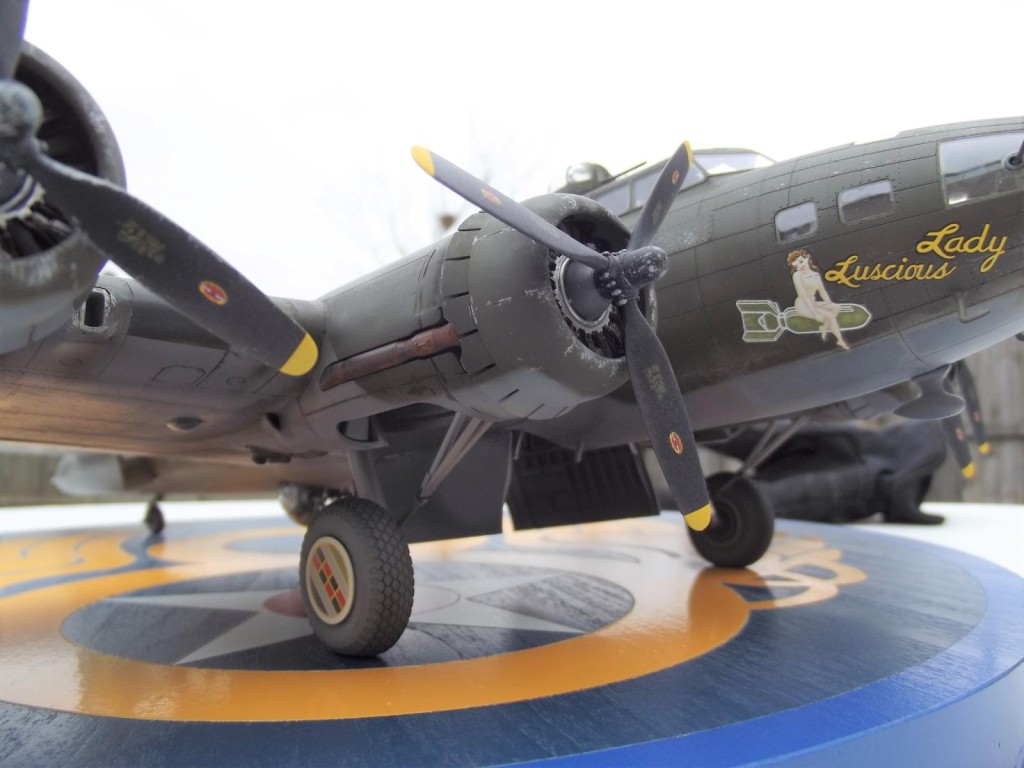 Any aircraft modeler who knows anything about WWII certainly knows about the iconic Boeing B-17. The images and film of the 8th AF bomber fleets smashing the Reich, along with countless books, movies, documentaries, TV and personal recollections, and the numerous examples flying and in museums have kept alive the memory of a time when the world was at war against evil and tens of thousands of young men went off to war flying in a lumbering 4-engine bomber that brought so many back home safely, mission after mission. My interest in the Flying Fortress began as a small boy, wandering around a fairly small lot packed with aircraft, which was the original USAF Museum in Fairborn, Ohio, with my dad who told me the stories of the planes and the men who flew them. And of course, prominent among the was a recently deactivated B-17, that I always gravitated to, looking shiny and purposeful even after having been put out to pasture. Over the years, I have accumulated dozens of books and references about the B-17, and have built several of them, including the 1/48 Revell Memphis Belle that was my first attempt at scratchbuilding an interior! I am proud to say it took a 1st place, in the very first IPMS show I entered... 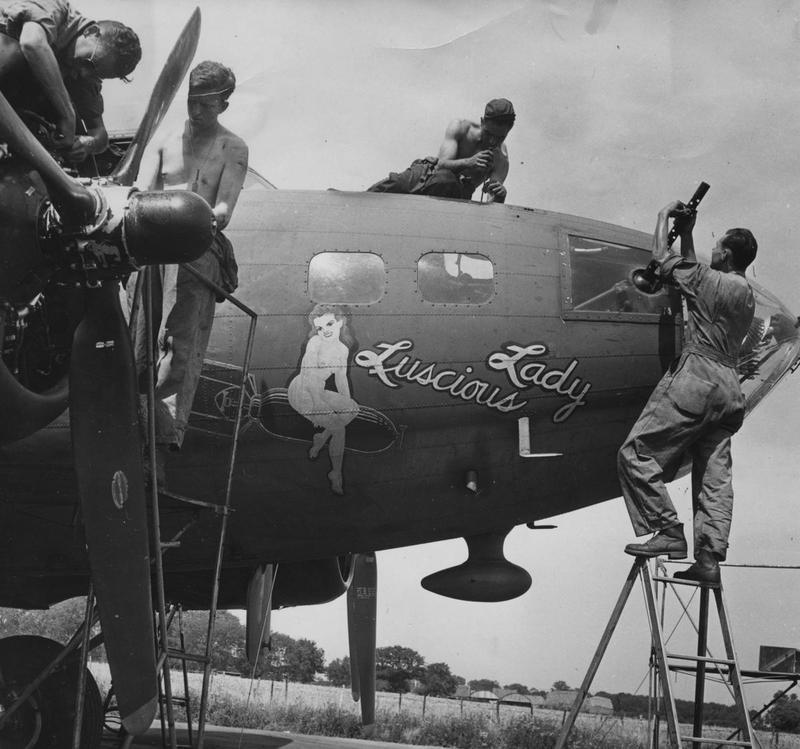 When HK came out with the 1/32 B-17 series, I realized I really wanted to build one, but also realized after seeing one completed that I'd need a garage to display it! It wasn't too long before HK announced that the 1/48 versions were coming so I waited and lo and behold, I was able to aqquire the version I wanted, the F version! Thru the miracle of the internet I checked out all the reviews, gathered my resources and prepared to build this beast. 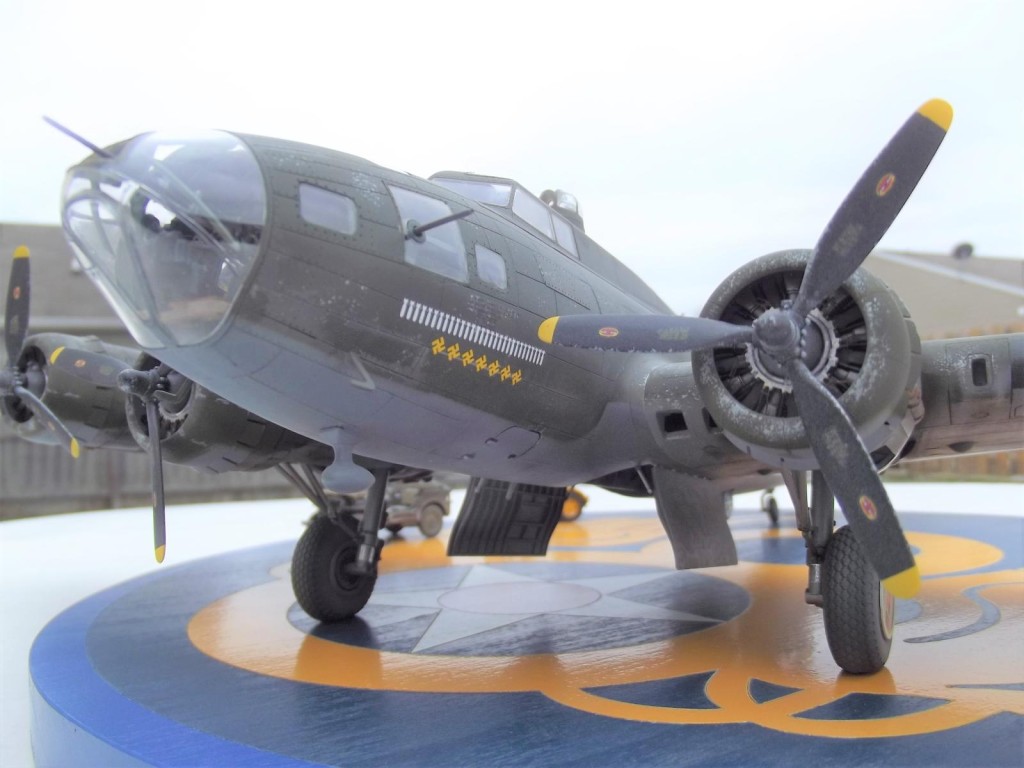 For this build I acquired Eduard's cockpit pe set, Tmask set, and resin wheels, KitsWorld "B-17s of the 303rd BG Nose Art" decal set and Maketar's USAAF star and bar masking set. I had already decided that I was Not going to build the Memphis Belle, as I wanted to build a bird that would not likely be seen on any contest table, and to honor the countless airmen who flew and fought in the Fort, not just an individual crew. 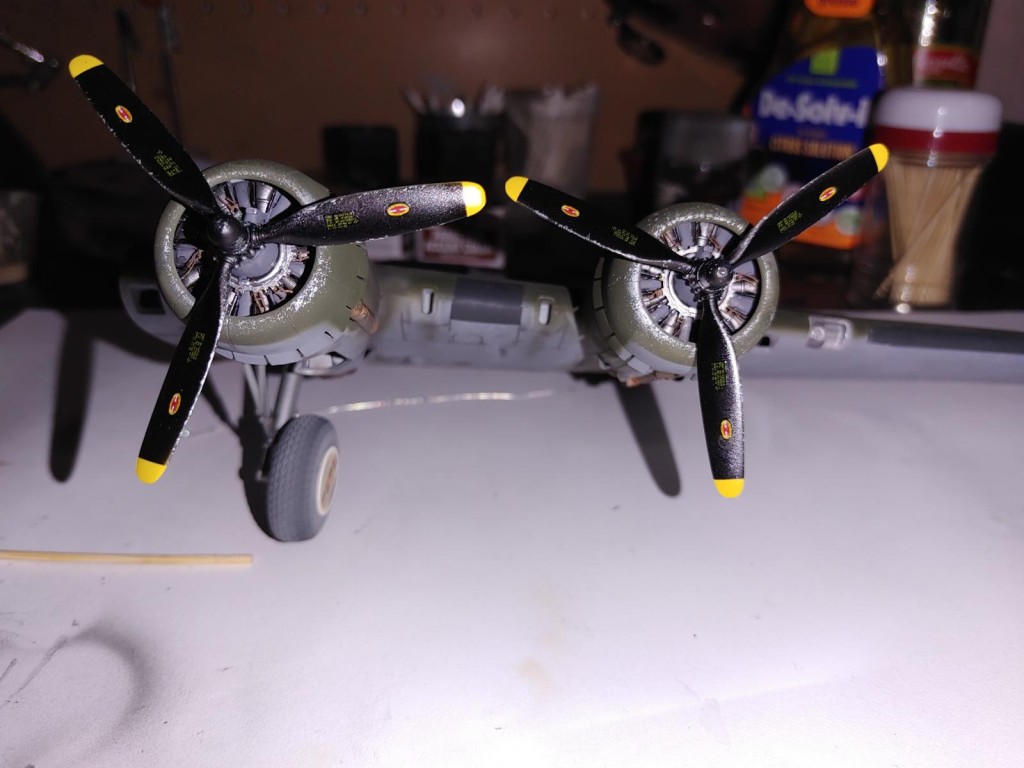 I committed the radical act of reading the instructions carefully, and then starting construction...with the wings! I wanted to try out some painting and weathering techniques, and I can say this kit is an outstanding molding with highly detailed surfaces and perfect fit, in fact I only used a minute amount of filler on the fuselage. 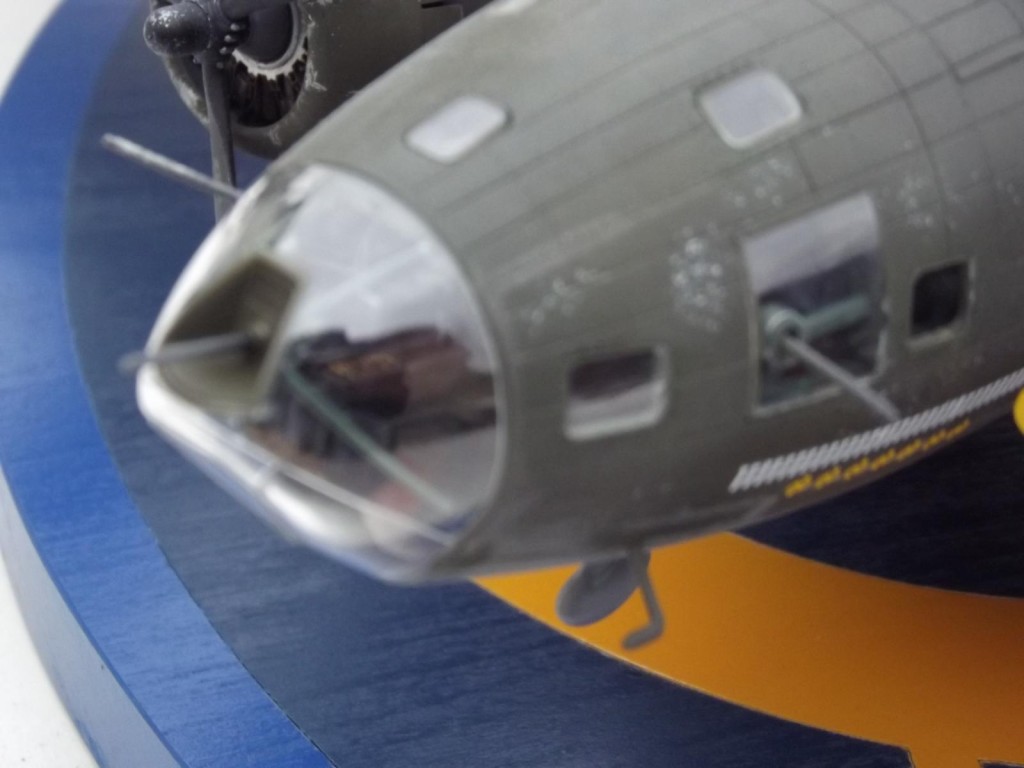 I used Tamiya and AK RealColor paints throughout, tinting as needed to give a weathered, faded look that a well-used B-17 would have after many high altitude missions, and used the Maketar and homemade masks for the national insignia. After the wings and horizontal stabs were complete and weathered, I then proceeded to build the seven compartments that comprised the interior, which took up most of the time on this build. I added the Eduard cockpit set, but little else as the compartments are not very visible but are pretty complete, just needing good detail painting to bring out the best in this kit. 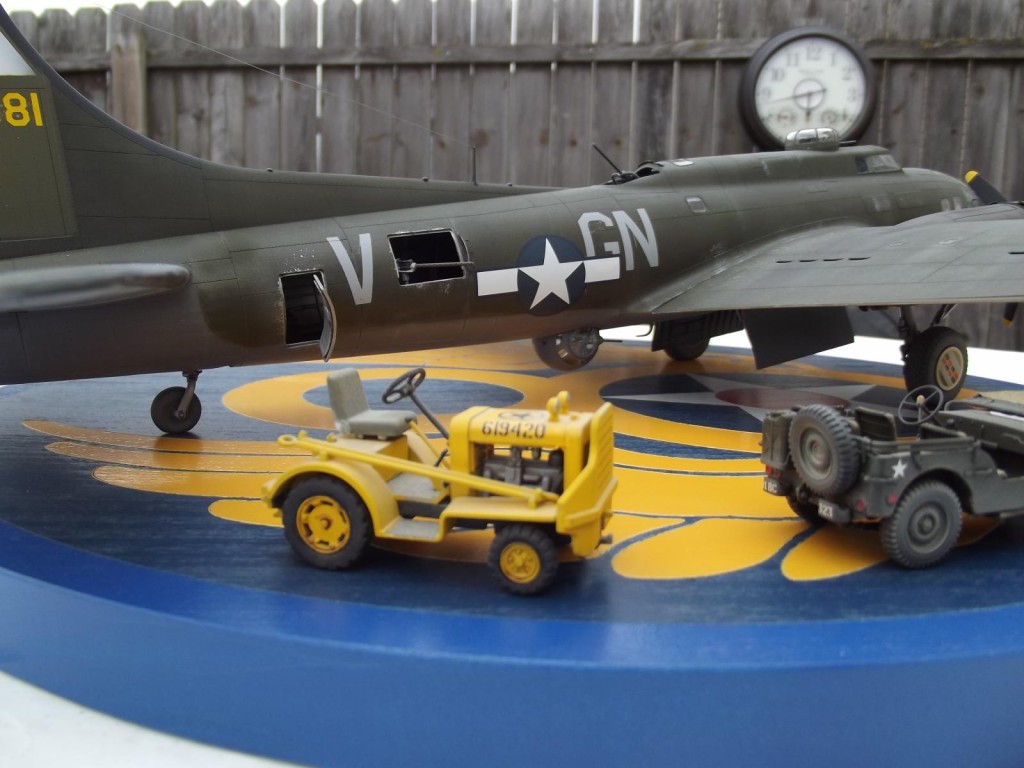 Here are a few observations and improvements I found:

1- the engines are Nothing close to the Wright Cyclones, basically they are just generic 9-cyclinder shapes. I added a wiring harness left over from a ProModeler B-24 to at least make some improvement to the look of each.

2- The rear formation lights are missing from the tail gun shroud, I added them with a round burr, chrome paint and Bostic.

3-Step 20 in the instructions shows a small overhead port above the navigator position, but that port was never molded into the nose parts. The kit does however include the later model F astrodome parts and the cutout area to remove and fit it.

4-The instructions would also have you use both ADF footballs, B-17s only had one.

I decided to use the single gun perspex nose, which was a more common installation before the advent of the G twin gun nose turret. After some test fitting and head scratching, I found the instructions were convoluted as to the bracing installation, so...I just carefully cemented the gun support directly to the perspex nose, which worked out perfectly.

After completing the fuselage I masked everything and used foam in the openings as masking and repeated the process of painting and weathering, and was able to repeat the look of the wings on the fuselage. After Future coating I applied the KitsWorld decals, flat coated the whole thing, carefully removed Eduard's excellent masks and BAM I had exactly what I was hoping for...

I am Very pleased with the result, a war-weary warrior, that I hope represents the thousands of B-17's (and B-24's!) that helped to bring down the walls of Festung Europa, and this build is repectfully dedicated to the tens of thousands of Allied airmen who made the ultimate sacrifice to bring about a better world. 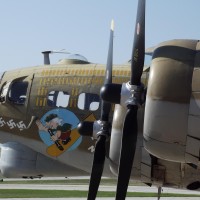 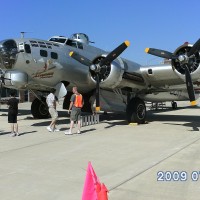 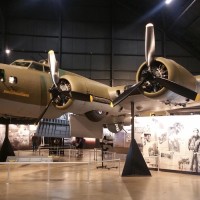 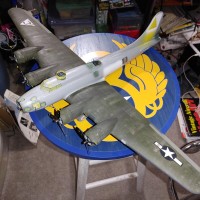 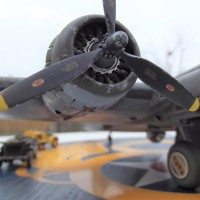 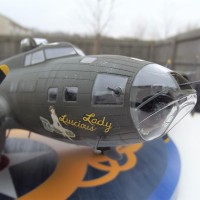 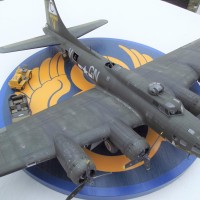 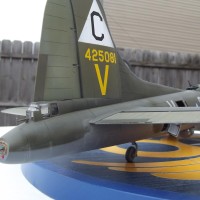 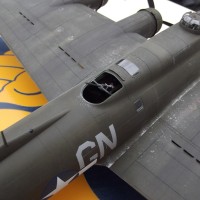 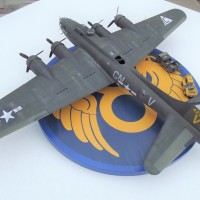 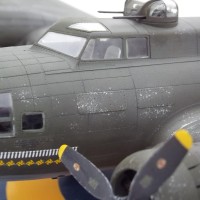 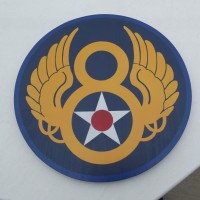 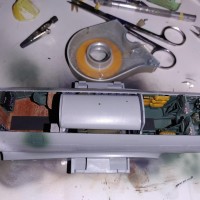 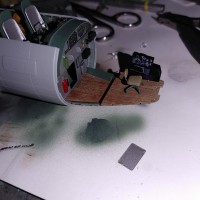 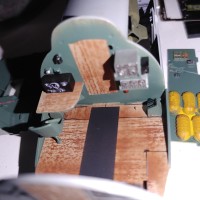 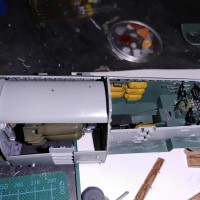 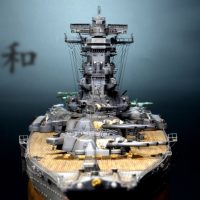 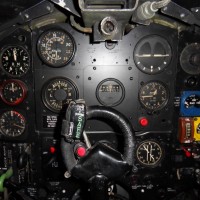