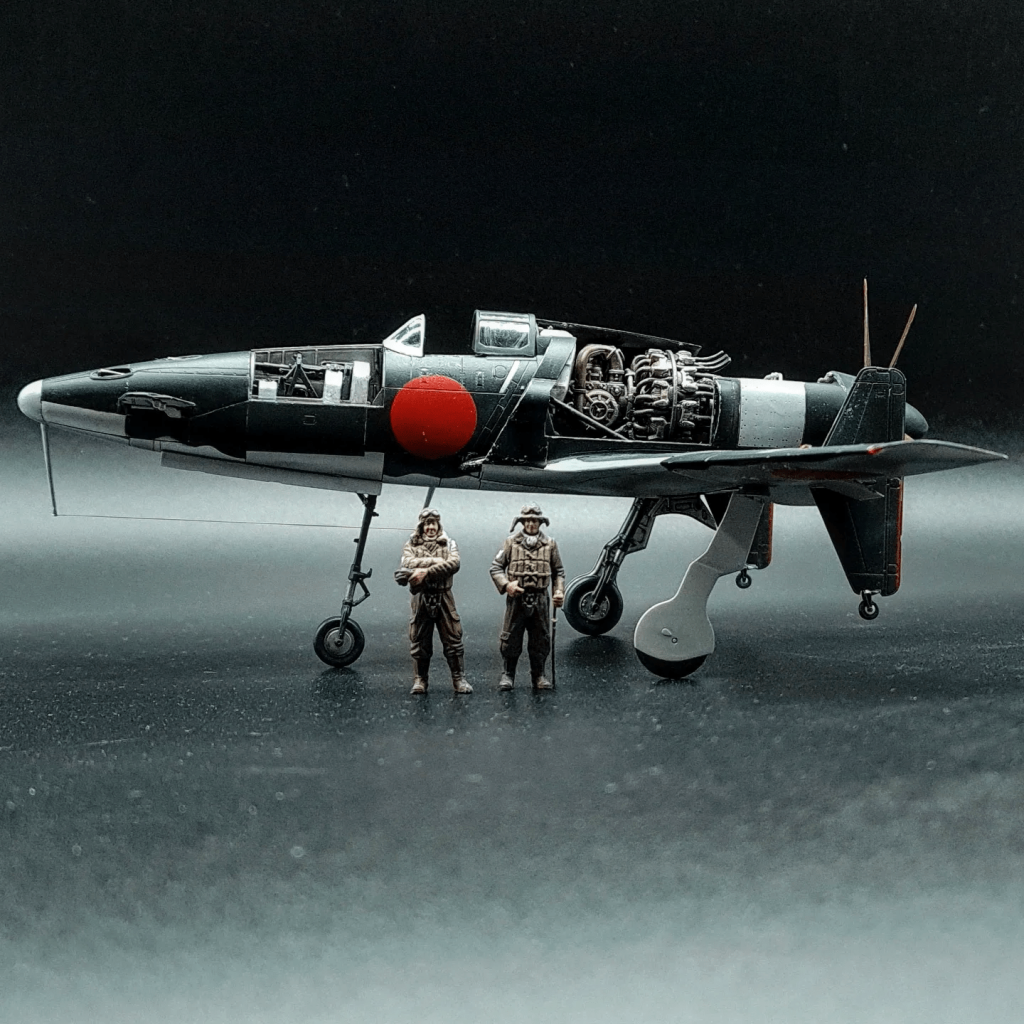 There are many aircraft out there that subscribe to the 'What If?' idea, but none I find as interesting as the Shinden. Ever since I discovered this machine as a kid it's been one of my favourites, so Zoukei Mura's offering of the aircraft has always been high on my list of kits I wanted to build. 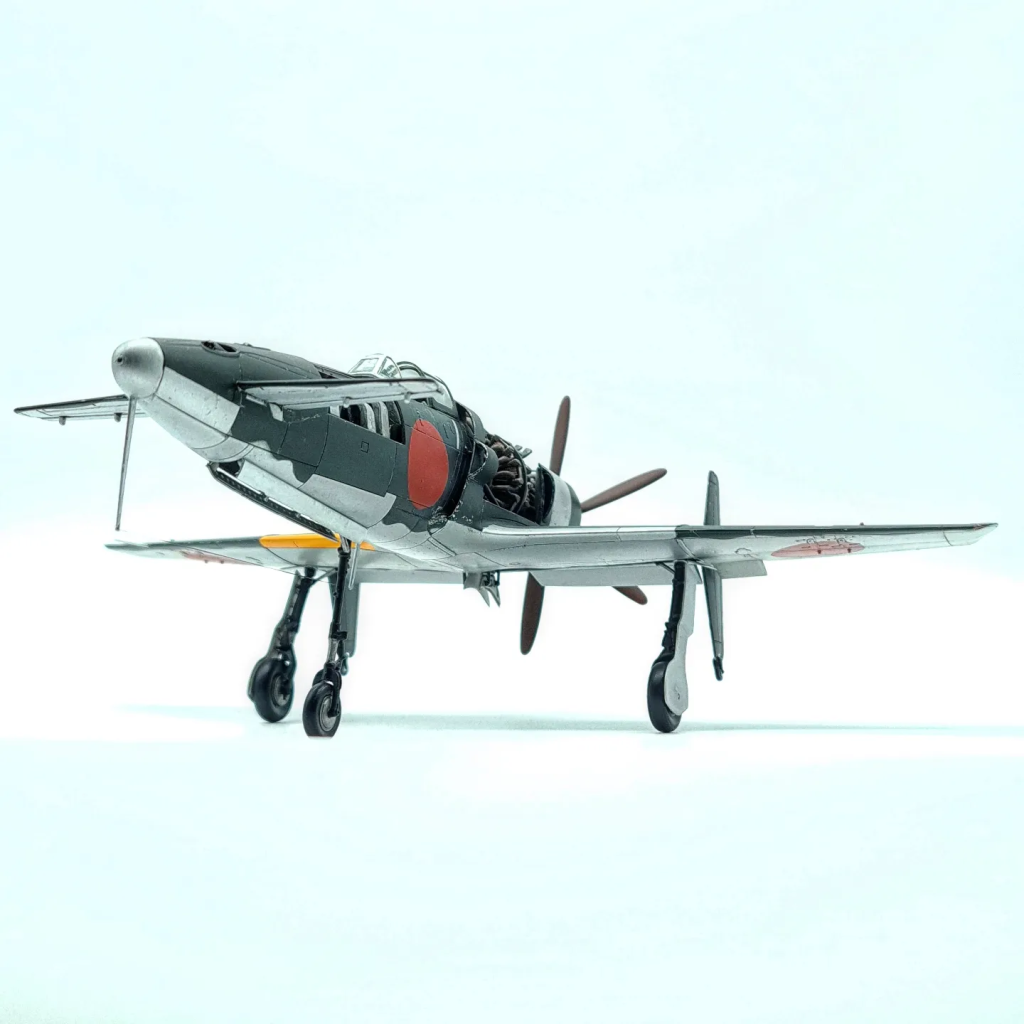 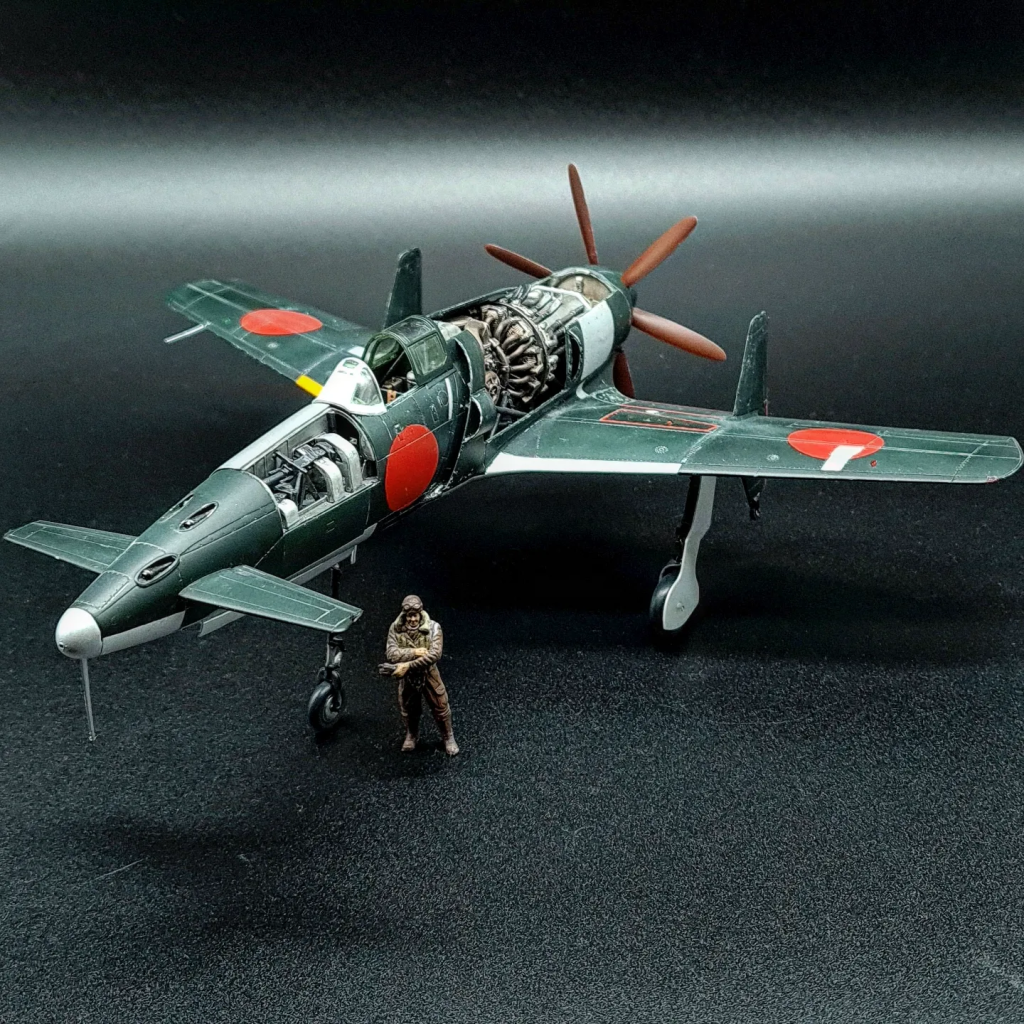 The Kyushu J7W1 Shinden was envisioned to be Japan's secret key component in stopping the Hordes of B-29s bombing the home islands. Designed from the get go to be a fast aircraft, with a high rate of climb, and able to carry powerful weaponry to deal with the heavy bombers, this aircraft has a sleek design in a pusher configuration with swept back wings that make the machine not look out of place in a sci-fi or alternate reality setting. 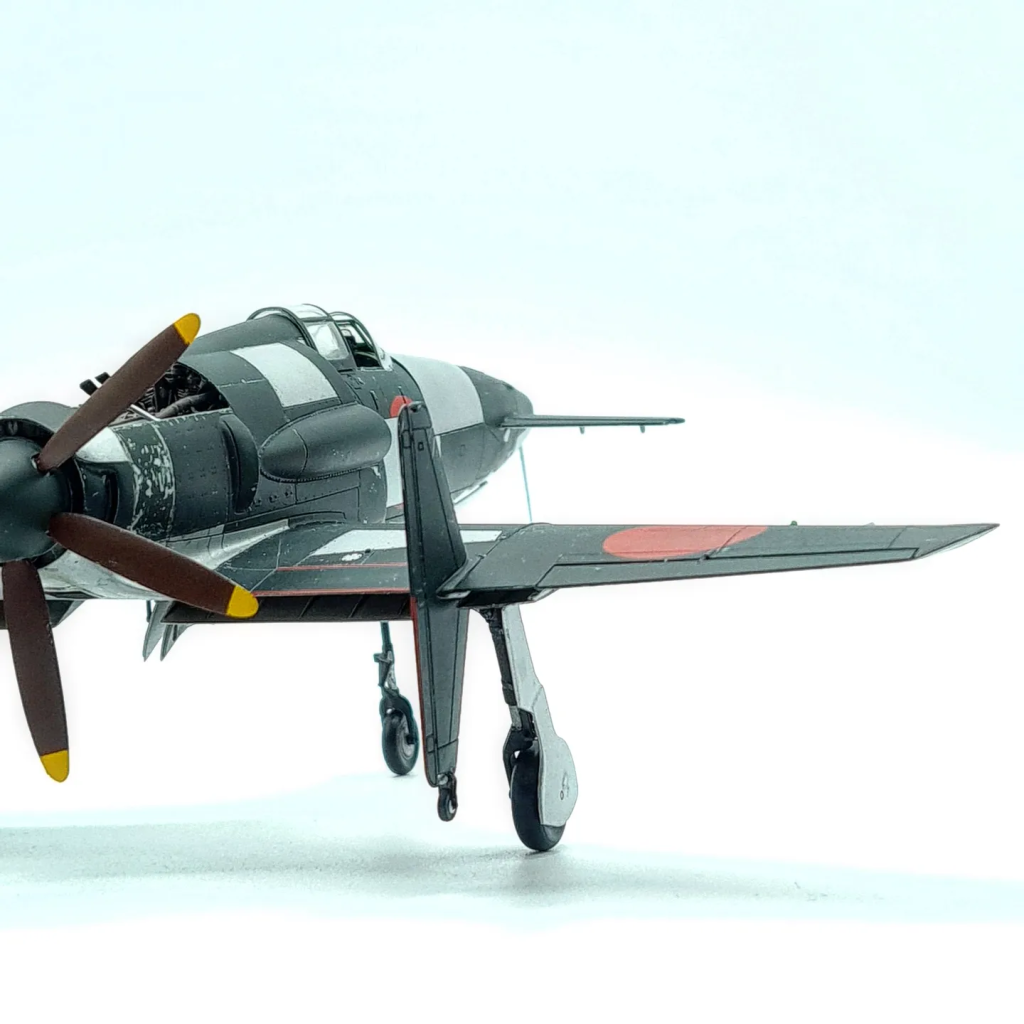 That being said, unlike some/most 'What If?' and 'Luft' 46' designs, the Shinden did exist and in more of a capacity than just a blueprint or drawing on a napkin. Following the successful tests of the canard design by Masayoshi Tsuruno in the form of the Yokosuka MXY6 glider, followed by powered flight with a small 22hp engine, in early 1944 the Imperial Japanese Navy instructed Kyushu to design an interceptor around this concept with Tsuruno at the head of the project. This would culminate in the J7W1 Shinden, an aircraft to be propelled by the mosh powerful engine the Japanese had in development, the Mitsubishi Ha-43, with the plausible idea stemming all the way back to that original little glider of being jet powered. 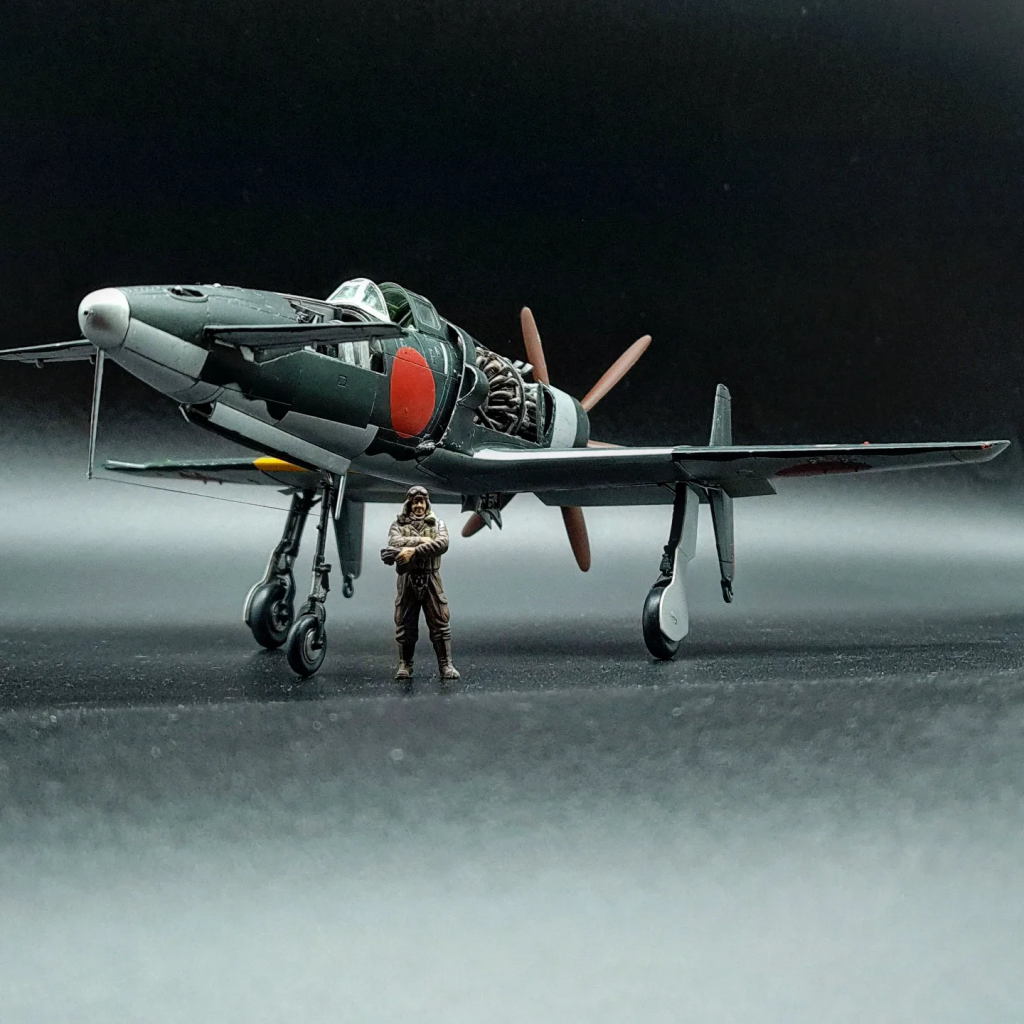 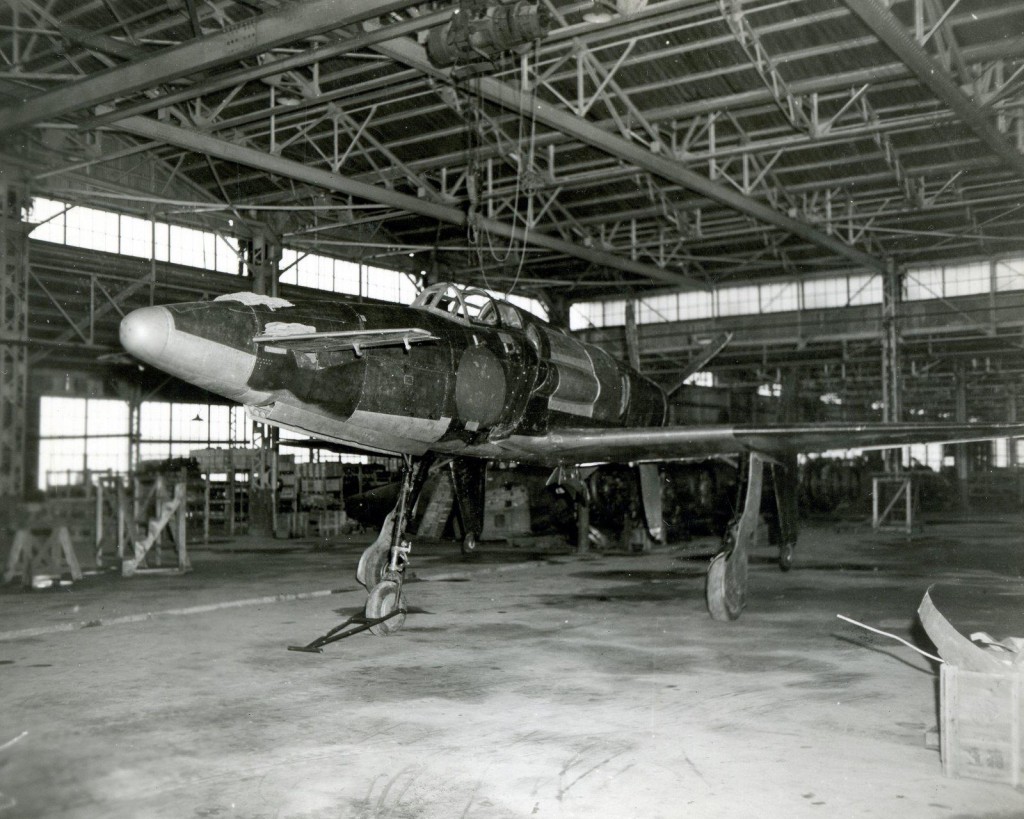 Before the aircraft made its maiden flight, the Navy had already ordered the aircraft into production, at a total of 150 Shinden per month, a rather hopeful number. With the first prototype planned to be finished in January 1945 delays occurred due to the B-29 bombing campaign, including having to evacuate the factory and move elsewhere. However, it wouldn't be until April that the Ha-43, heavily delayed due to intense bombing raids, actually arrived to be fitted in the aircraft. 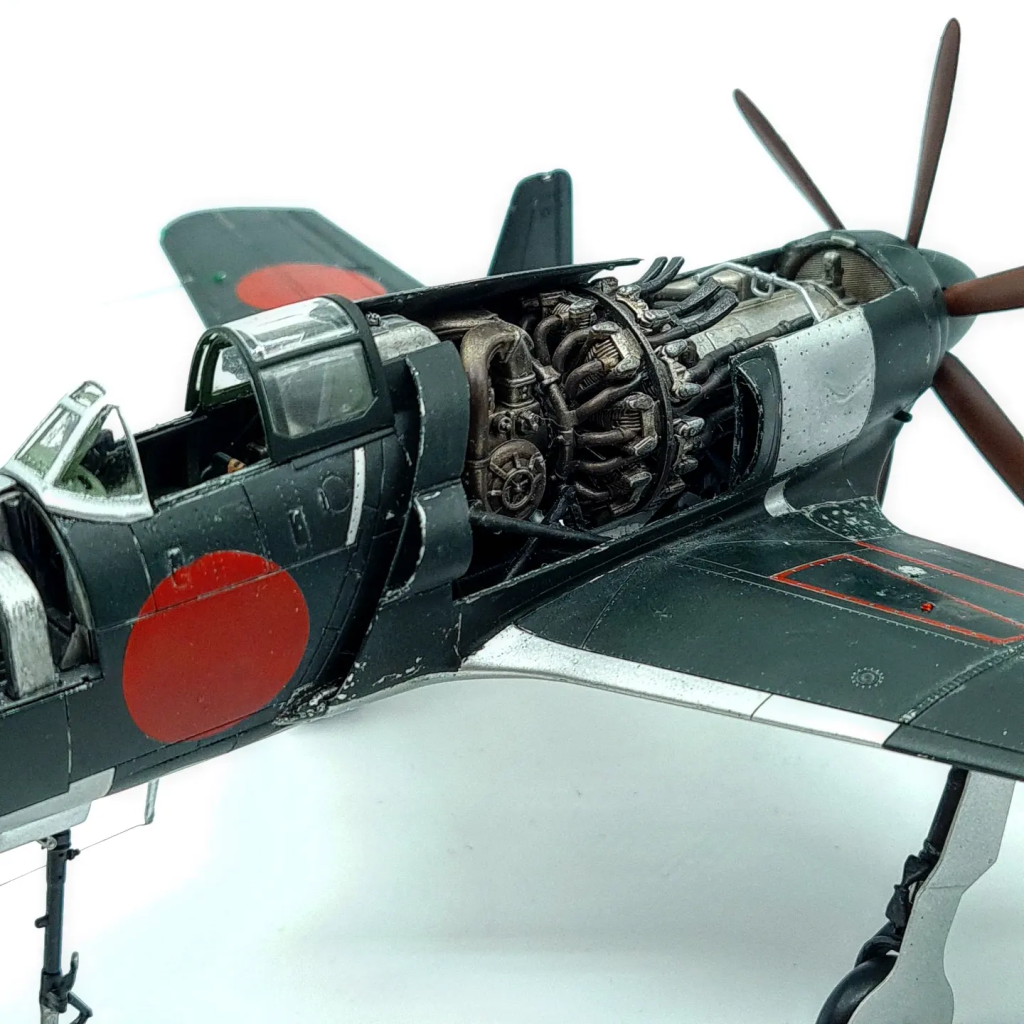 In July 1945, the aircraft powered up with the intention of performing some glide tests, however as the speed built up and the nose raised the propeller stuck the ground, further delaying its first flight. It wouldn't be until August 3rd that the Shinden would finally take to the skies for a short 15 minute flight. Two further short flights were made on the 6th and 9th, though understandably overshadowed by Atomic events on those dates. The flights revealed the aircraft had an incredible amount of torque with the Shinden flying on a 10 degree list to the right the entire time, however the development team were confident they could solve this issue. 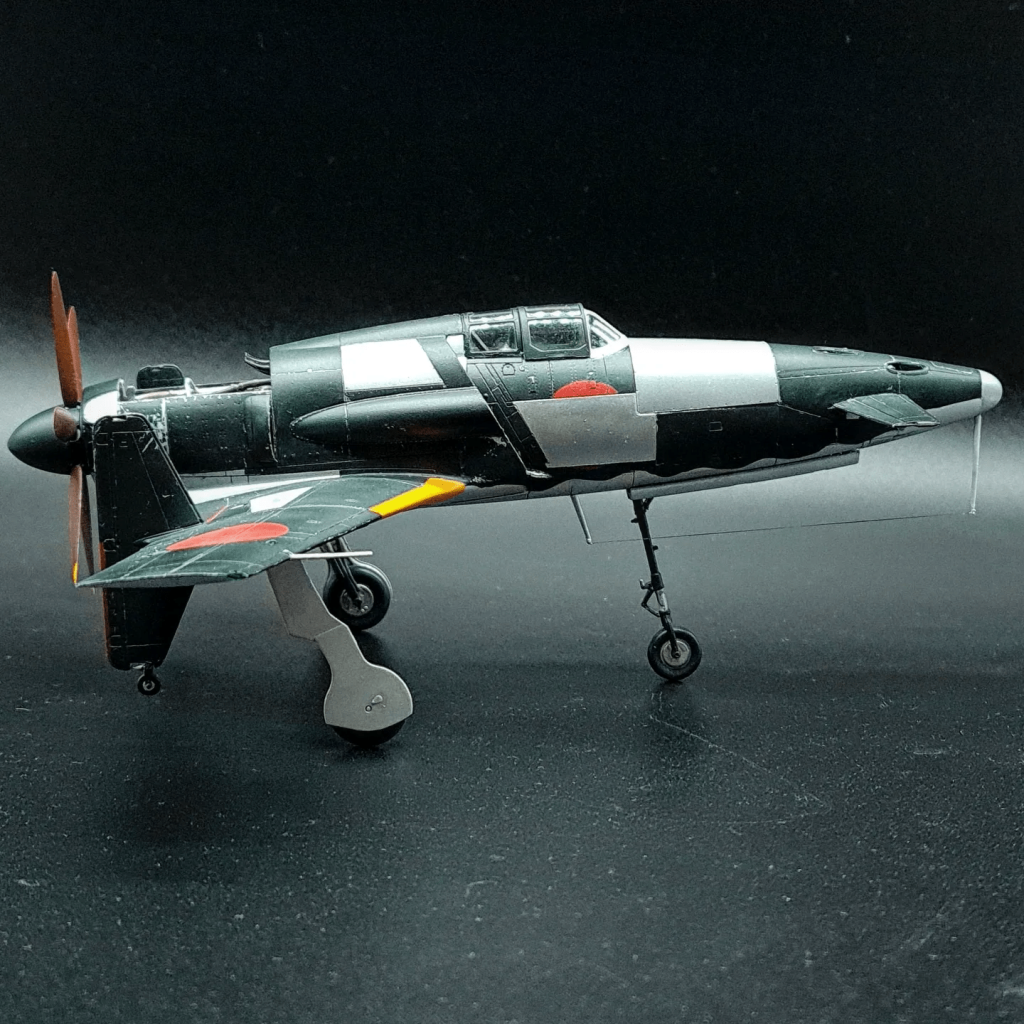 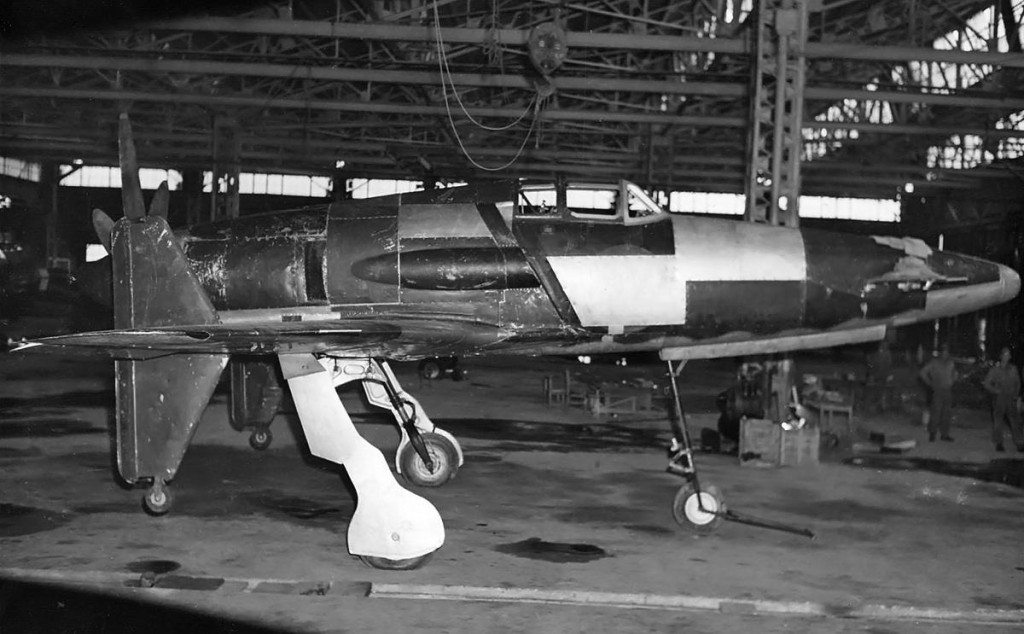 By the time the war ended, two completed prototype airframes were made and the first prototype flew for a total of 45 minutes, the second prototype was still awaiting the illusive Ha-43 engine. A third prototype was partially constructed, however the Kyushu staff were ordered to destroy anything to do with the project and as such the second and third prototypes were ripped apart, placed in a pit, and burnt along with any documentation. Fortunately, the airworthy prototype managed to avoid this fate and was left in a hangar until the Americans seized it. The aircraft was at some point damaged, likely due to a storm, and repaired by Japanese and Americans before being shipped to the states. The aircraft was deemed not airworthy, and eventually found its way to the Smithsonian museum where it has sat in pieces for the majority of its life. 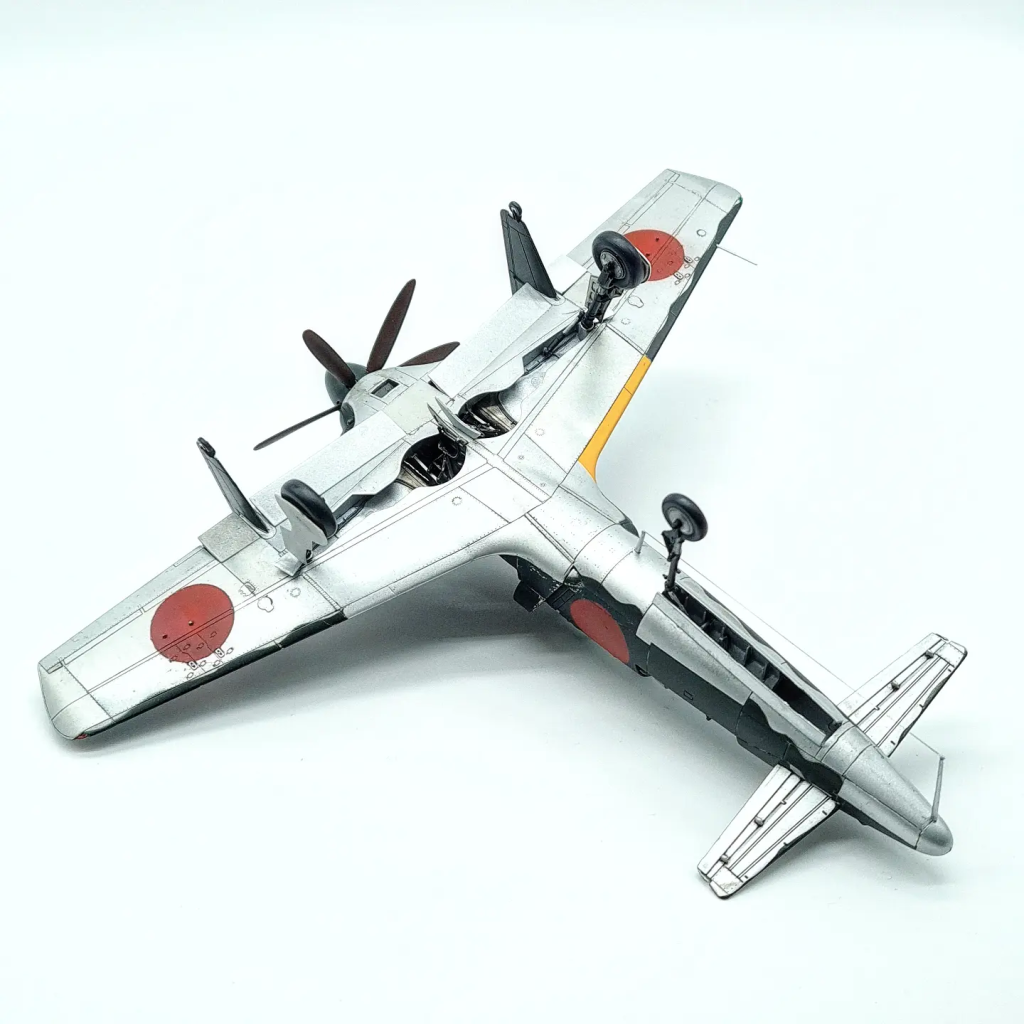 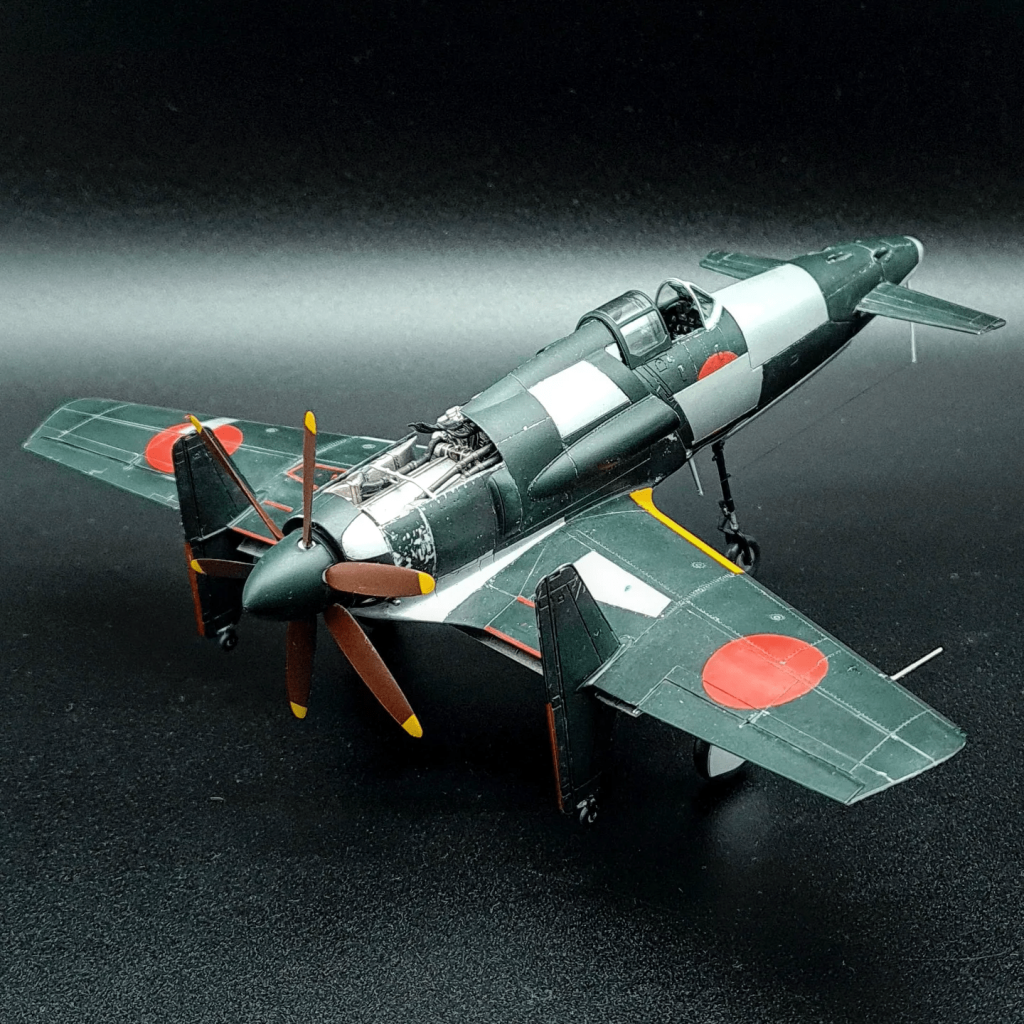 The Zoukei-Mura kit is one I've been eyeing up for a long time and fortunately was able to get my hands on, it's a scales down version their 1/32 kit. As ZM put it 'This kit was made with the idea that by the time you've finished it, you' vs naturally learnt about the actual Shinden itself'. Certainly in 1/48 I've not seen a kit with so much interior detail, with a fully detailed gun bay, engine and cockpit. 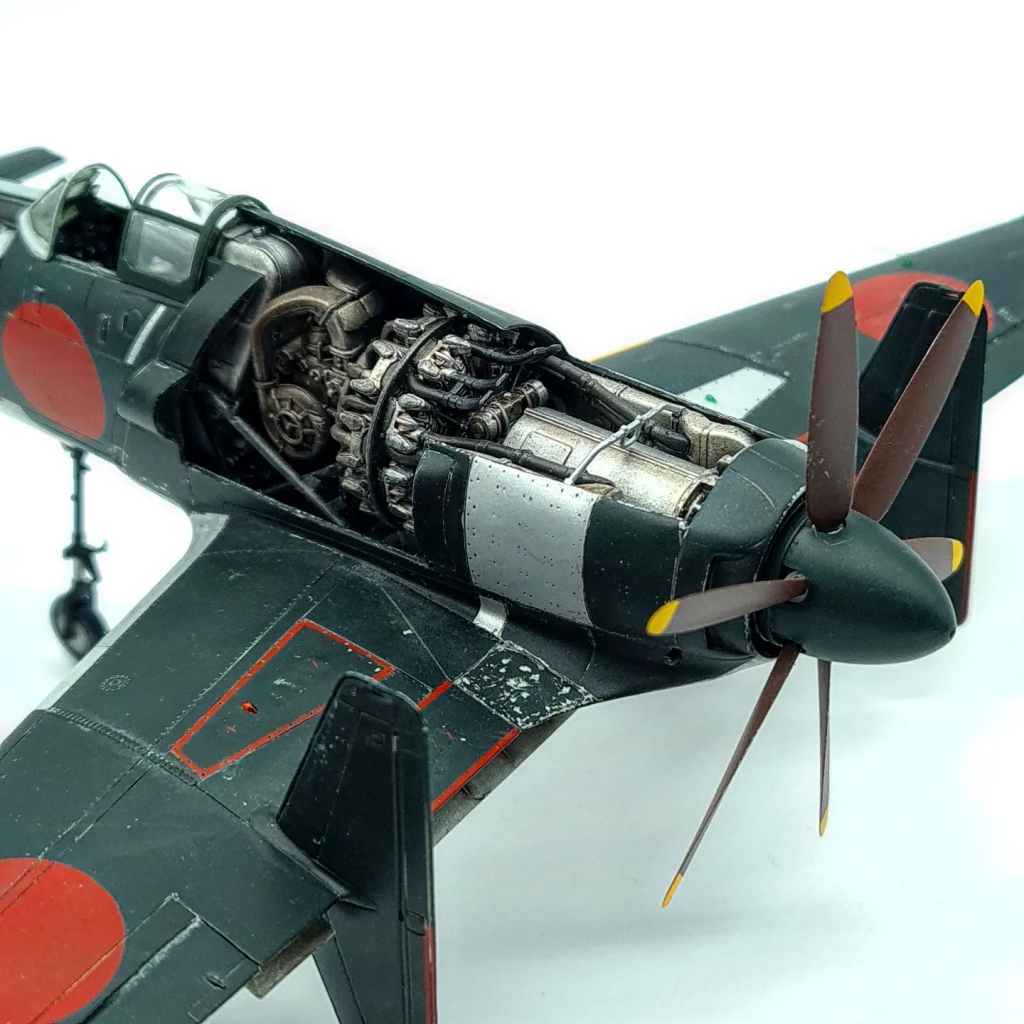 The included scheme in this kit a simple scheme, however I decided to mimick the scheme seen in photographs of the Shinden after being seized by the Americans and being repaired due to damage but before the aircraft was repainted. The ZM kit depicts the planned production aircraft, so you'll no doubt see differences such as the lack of fitted weaponry on the prototype. 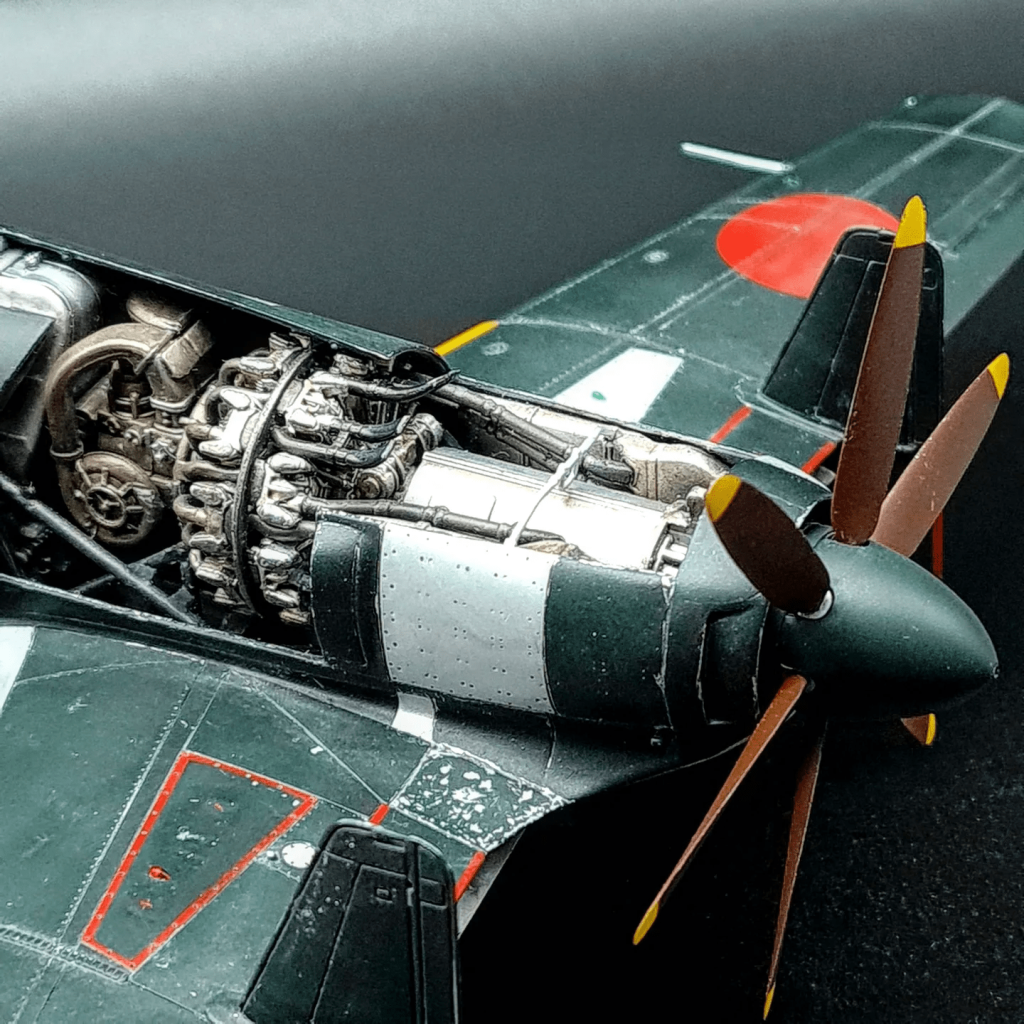 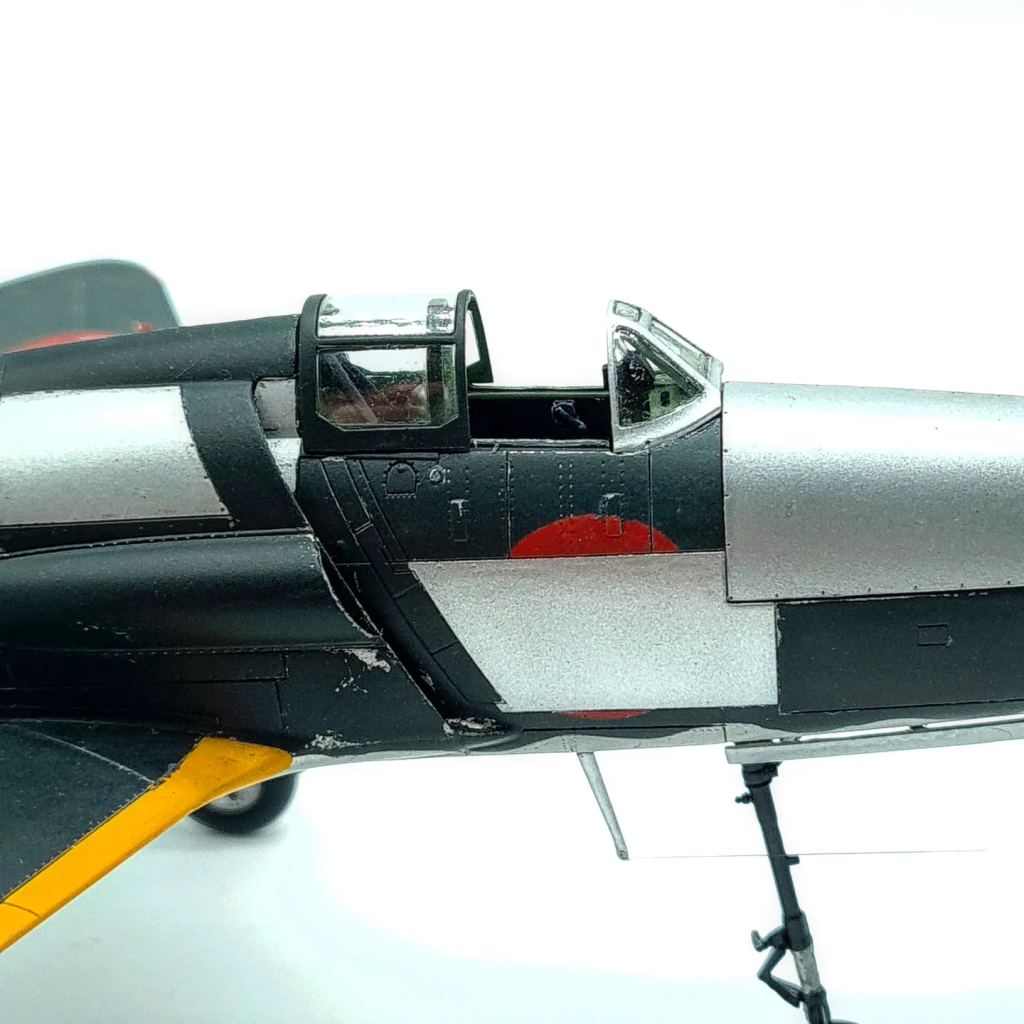 With a full build thread over at the Empire of Japan groupbuild, I won't go into too much depth. That being said the kit is a unique build due to all of the detail, you start with the cockpit as normal, before placing it onto a skeleton framework of the aircraft and building the gunbay and extremely detailed engine. 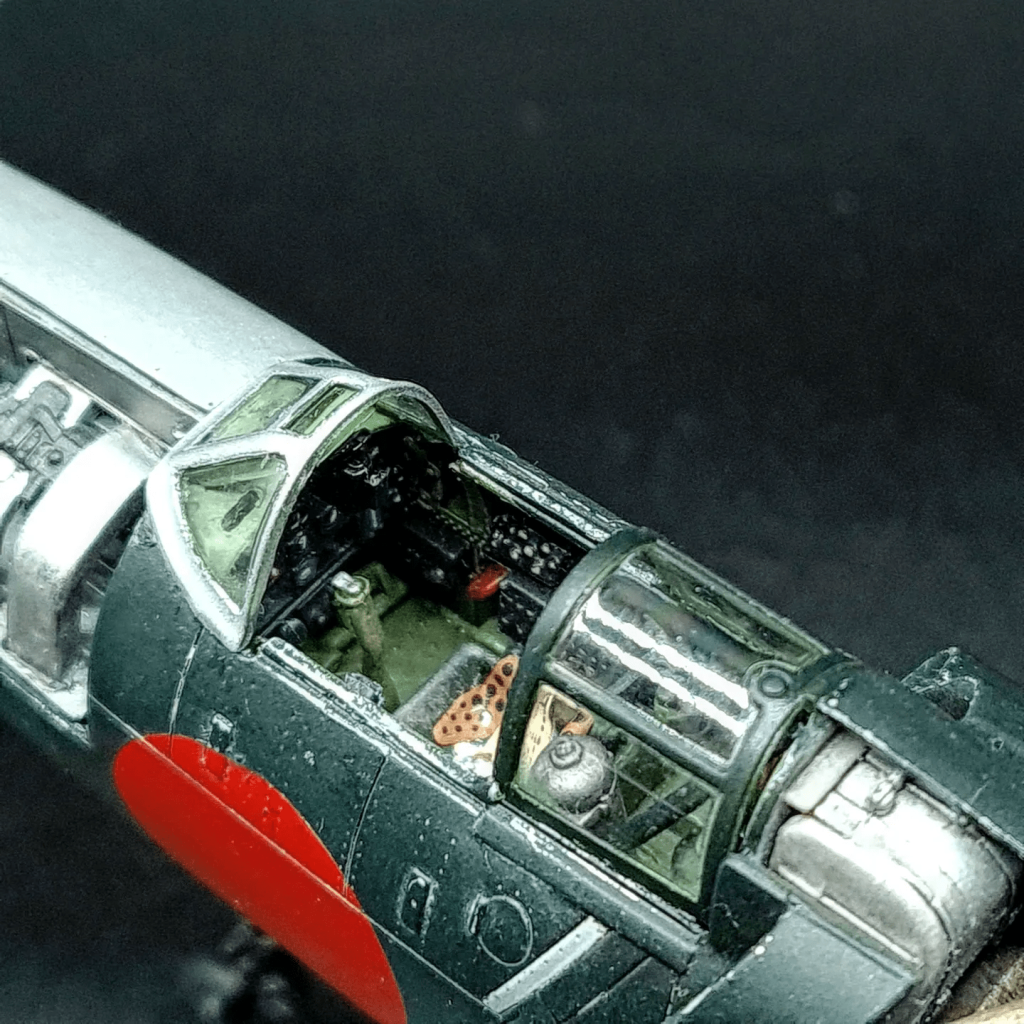 With the internals done, an exterior 'shell' of panels is added. On the 1/32 kit these are all seperate to allow you to view the internals, on the 1/48 you can simply cut the panels off you don't need like I have done to reveal the interior work like the engine. 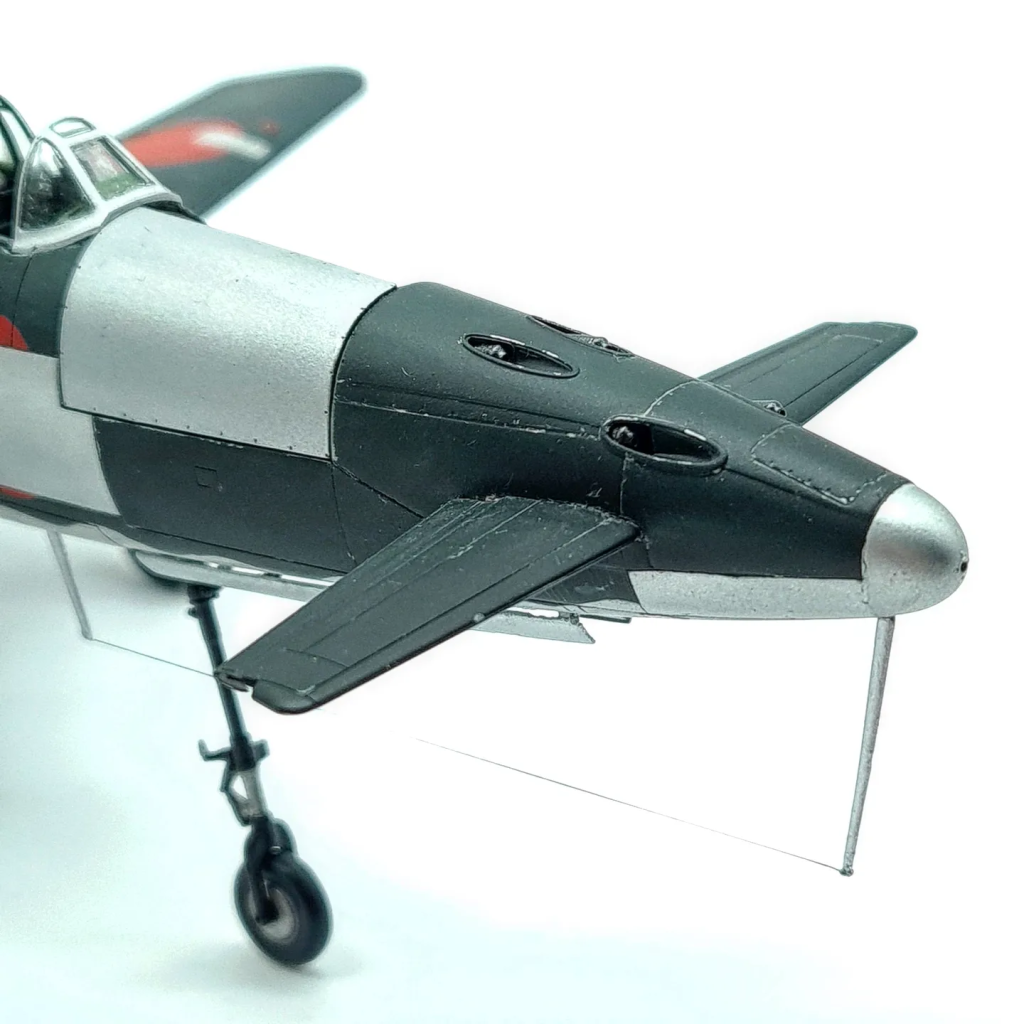 There wasn't any major issues with this build, but adding all the exterior panels was quite difficult as so much was shoved inside the aircraft that it somewhat fought against me in some areas, particularly difficult was around the rear of the engine where exterior panels, air ducts, cooling fans and a crankshaft case all meet in a small area. Eventually with enough tape, holding and glue it was together. 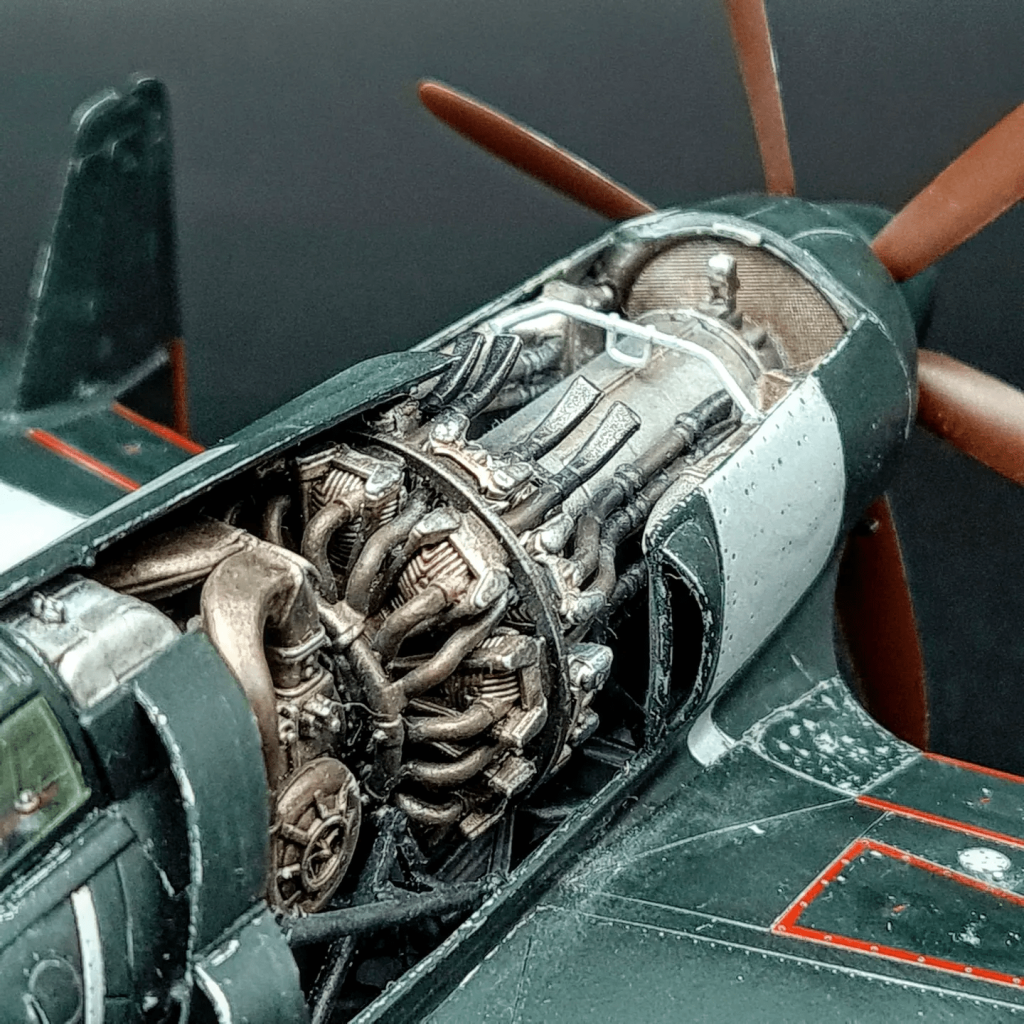 The aircraft was painted using MRP metallics, which I'm quite a fan of now, and Tamiya acrylics. One mistake I made was not doing enough variation with the green which all blended together to be a monotone finish when clear coats were added, fortunately the use of MIG chipping fluid has helped to break up the otherwise monotone green.

This kit was a real enjoyable build, lots of detail to play with both on the inside and outside, it is a unique build compared to other models I've built, and all this without having to deal with the dreaded resin is a plus from me. The main issue is trying to find this kit as its been out of production for quite a while, that being said ZM was reproducing their 'older' kits for the 10th anniversary of their Super Wing Series, so you may be able to order one still. 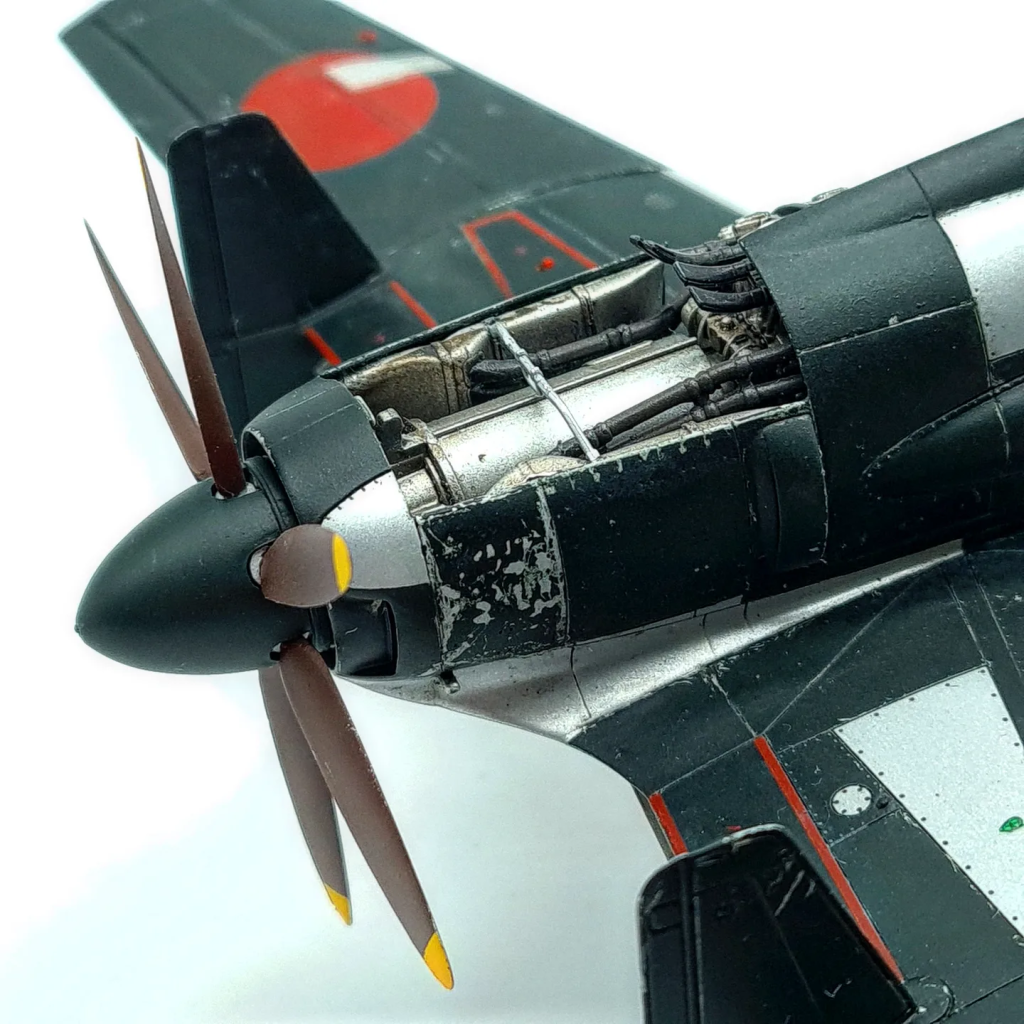 I love the shape of the Shinden and its sleek design, it was a bit of shame to put the long spindly landing gear on this thing, but equally not showing off the internals provided would have been a waste. Maybe one day I'll get the Hasegawa kit which is cheaper and more available and do an in flight model. 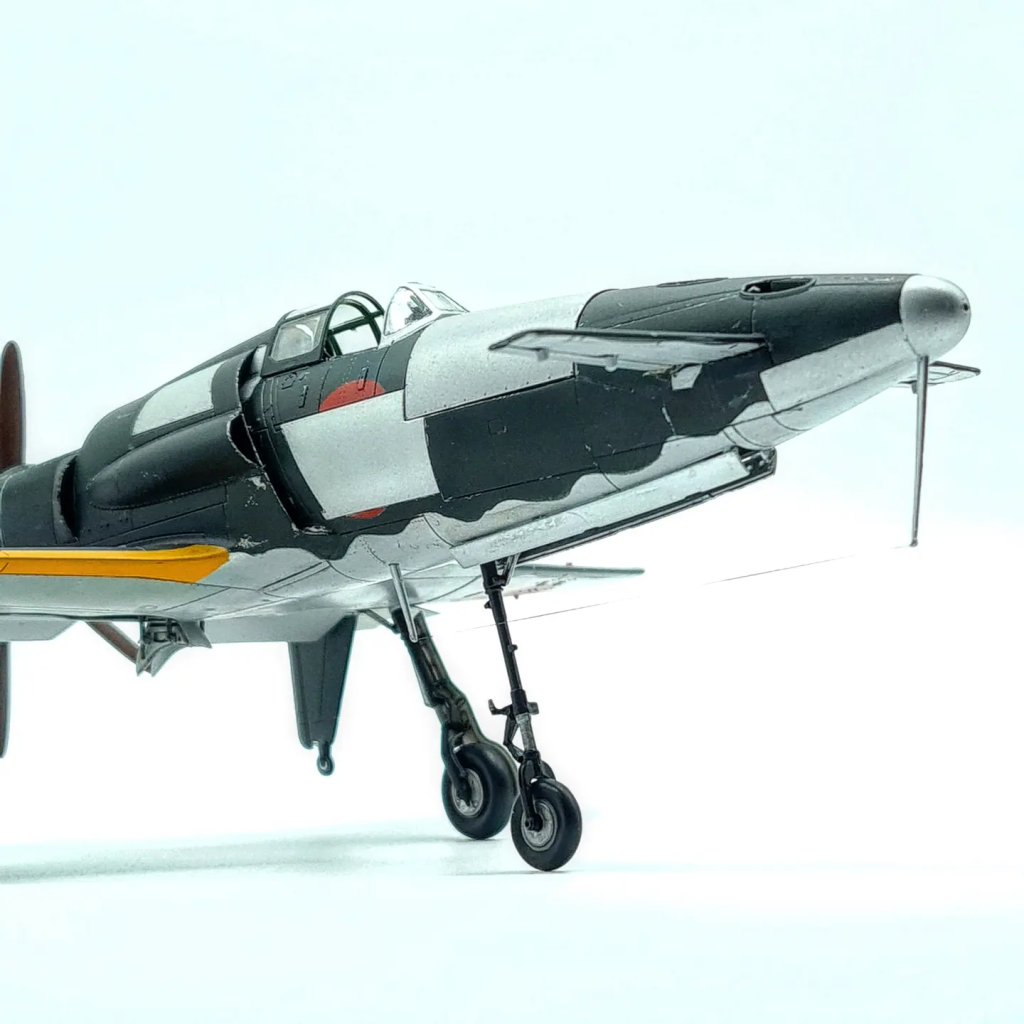 Overall it was a fun build with no major issues, and only a few small issues which were largely caused by me. As always, thanks for everyone that followed along in the build thread as it was much appreciated, and learning so much about this aircraft thanks to Zoukei-Mura's concept note book was an unexpected but pleasant surprise. 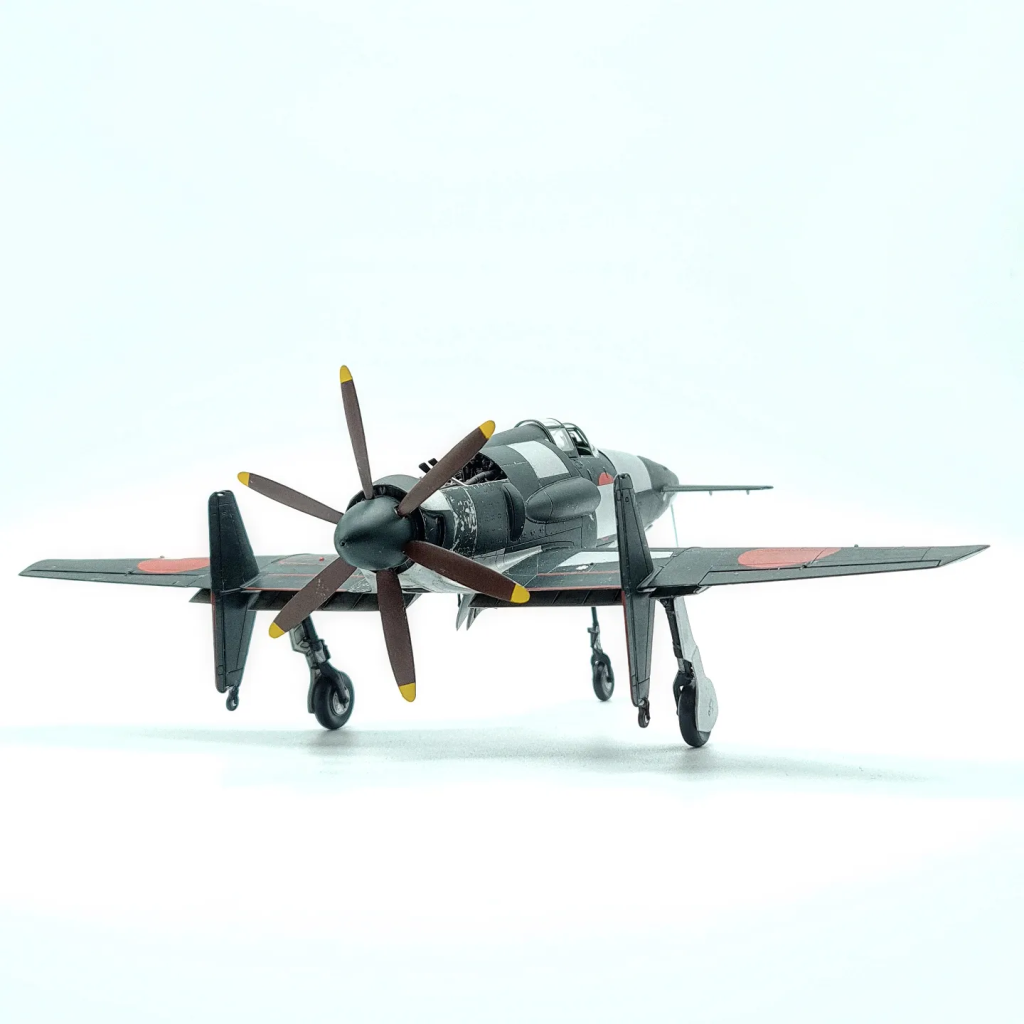 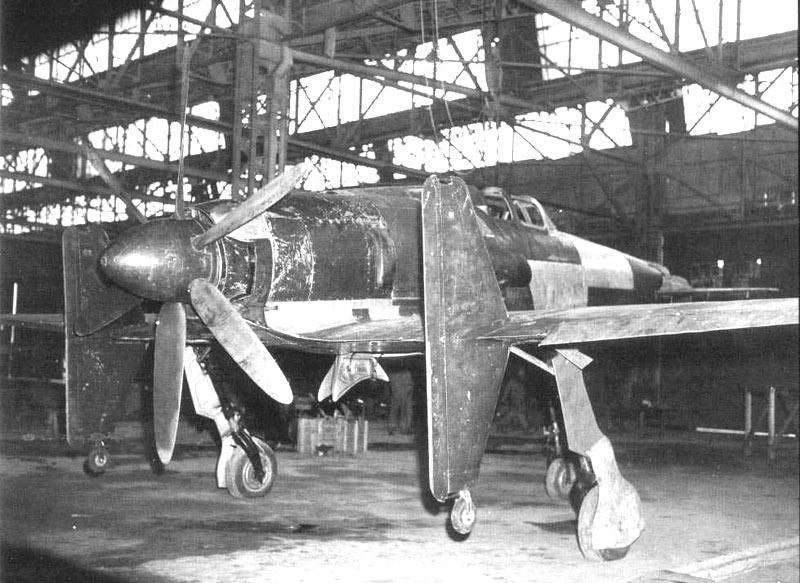 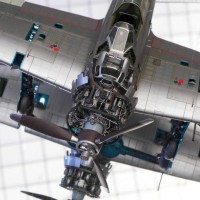 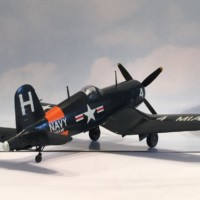 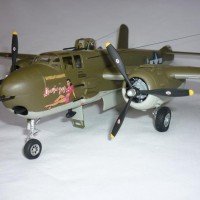 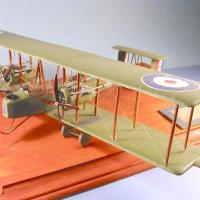 We have a new member you all ought to meet