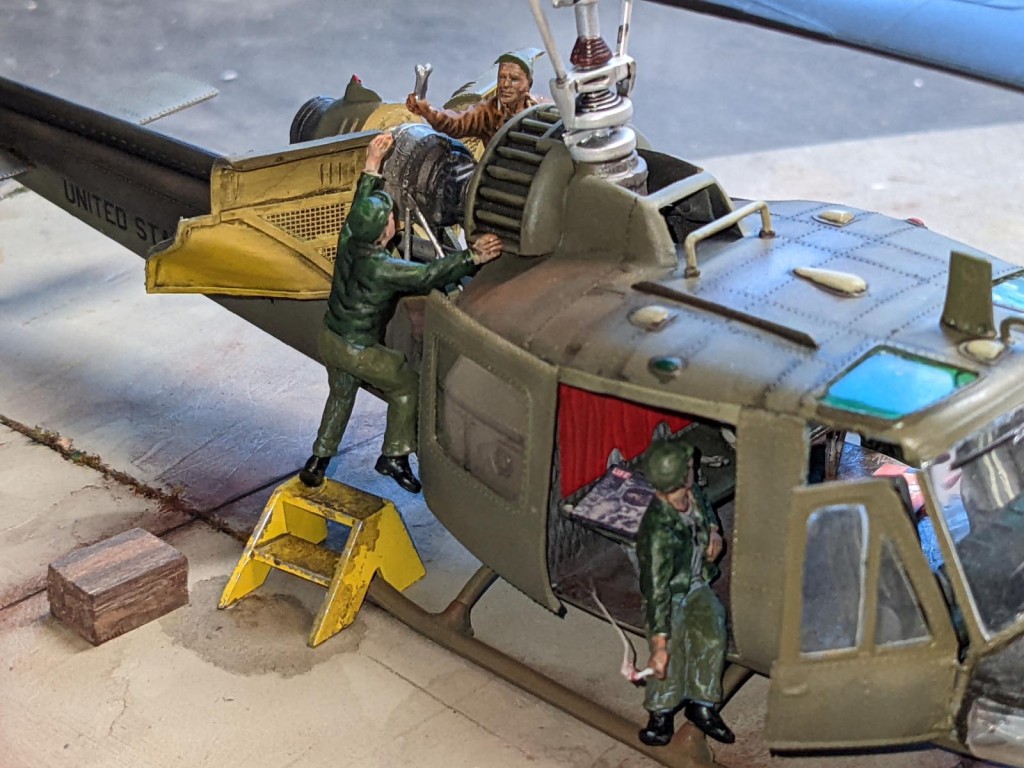 Hi peoples, I have returned! Since my last upload, I have had a lot of time to build and practice new techniques and I have produced this. I have been wanting a "do-over" of a UH-1 because I felt that I could do better than what I was able to do last time. Also, as a recent confidence booster from a certain contest where I won a certain high-level award and appeared in a certain magazine, I have decided to be a little more ambitious in my projects. I figured what better way to do this than to knock out two birds with one stone and complete my "do-over" while scratch building the engine housing and interior as well as adding some details to the cockpit of Monogram's 1959 release, UH-1. As I'm sure many of you know, this kit is the epitome of detail and molding, but I couldn't resist severing the tail section to allow easier access to the "guts" of the aircraft, as well as correcting and reshaping important parts of the cockpit. I used this poly-styrene mech (the origins of which are still unknown to me) and wine foil to create the detail of the cowling and plastic and brass rods to make the mounts and driveshaft to the tail rotor. The kit comes with molded ammunition boxes to the floor of the cabin, and since I wanted to model a "slick", I removed and filled the hole left over. I also added detail to the upper control panel and corrected the mounts for the pilot's seats. The cockpit doors were also re-done with scratch-built windows. The barrier on the diorama is two styrofoam blocks stuck together and covered in putty and textured with talas and tin foil. The plans are of a photo-etched set I found in an old box and the crates around the helicopter, as well as the wheel chalks, are from balsawood and my spares box. The figures came from random kits I had in my stash. The magazines and newspapers were printed off of google and cut to scale(ish). The aircraft was painted with a mix of Tamiya, Vallejo, and Testors acrylics and enamels. The helicopter was weathered with Ammo washes and weathering powders or thinned down enamel paints. I tried to make this helicopter look more interesting than what came in the box, and I'm proud of it. I had a lot of fun adding the details and rebuilding this kit and, of course, it's not perfect, but it's art so it's not supposed to be. I hope y'all like it and hopefully I'll post again soon. Also if you would like to compare my old Huey with my new, feel free to look through my articles for " Airfix new tooling 1/72 F-86, 1/48 Kitty Hawk UH-1D and 1/48 Revel UH-1B", which I posted in December of 2017. 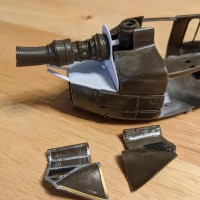 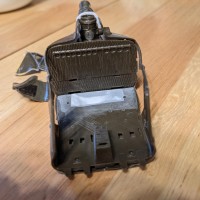 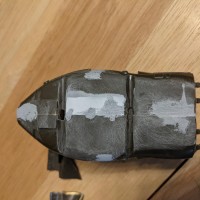 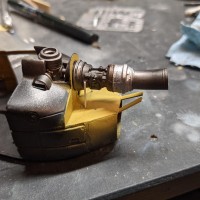 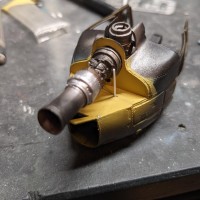 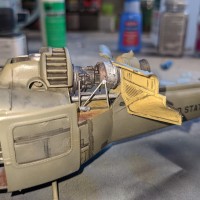 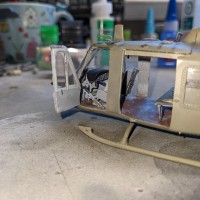 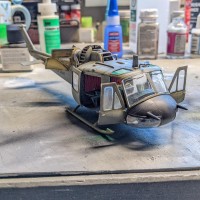 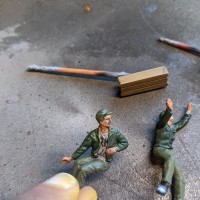 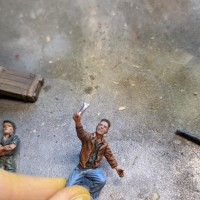 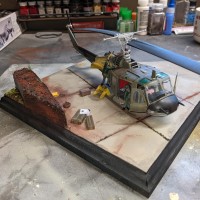 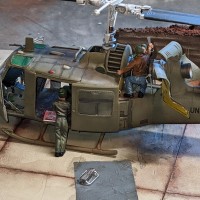 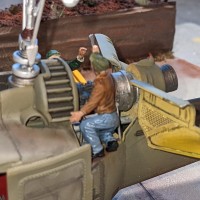 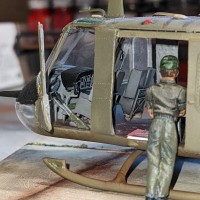 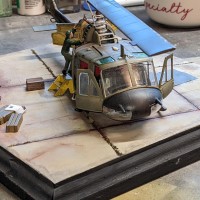 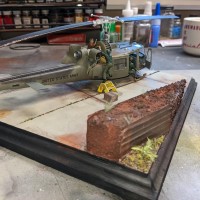 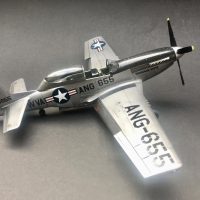 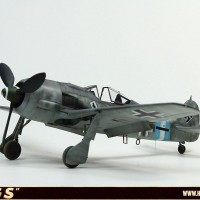 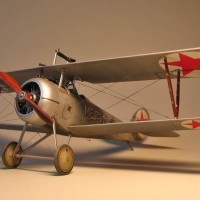 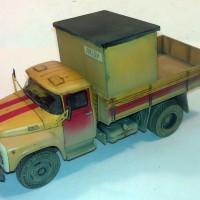