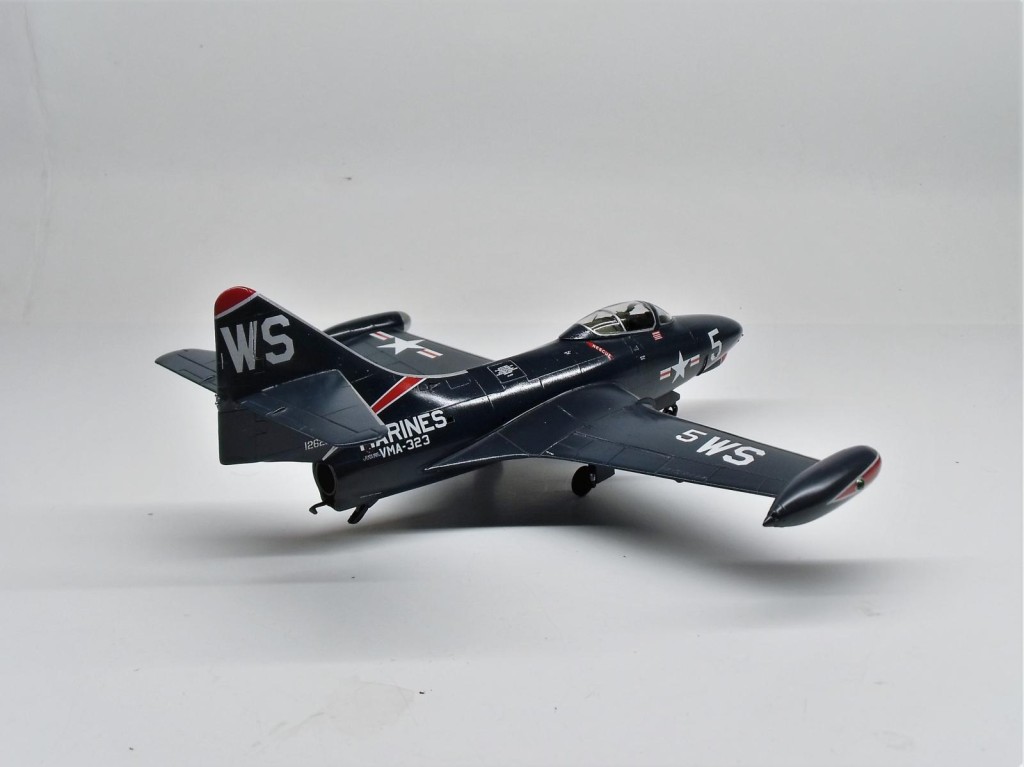 Today I'd like to share a recent finish, and a former champion on the Shelf of Doom. This kit, like the Monogram F-80 I recently completed, was not a difficult build, but it was indeed not without setbacks and "mo-jo killers". Needless to say, this one has been a long time coming. 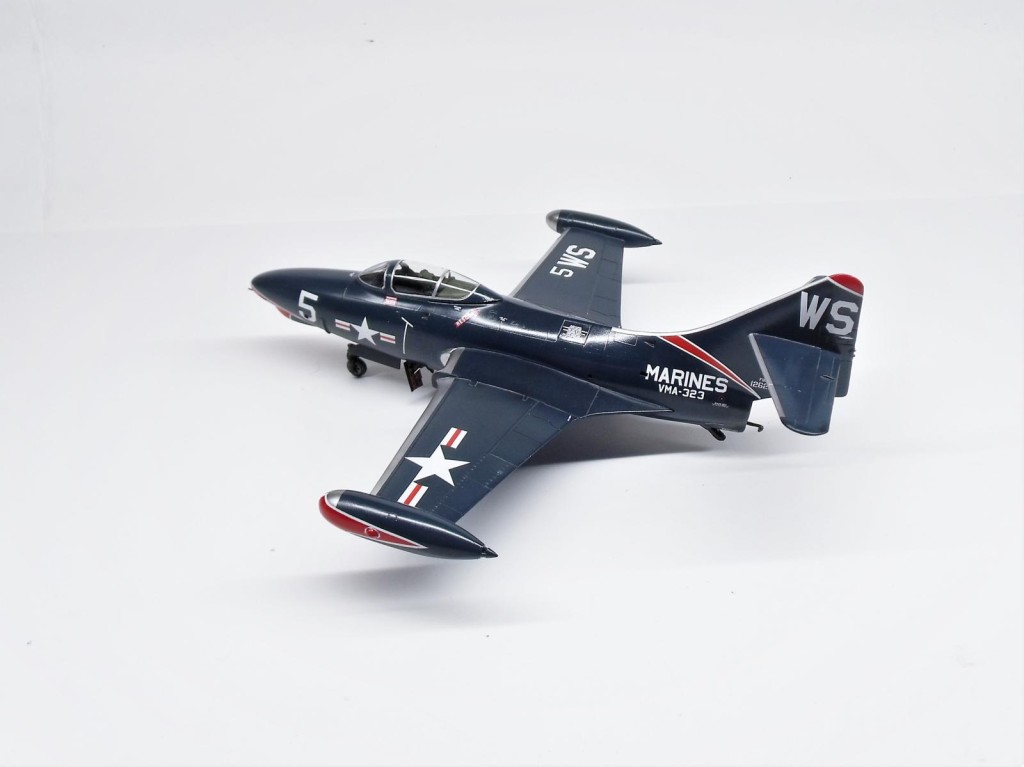 I'll keep this wrap up short, just like the build was intended to be. The is a Monogram classic, though not as old as some. Much has been written about it, but from what I understand, it is generally to form. The raised panel lines were left in place because I had no intent to go all-out with this build. The only thing I added to the kit was Eduard canopy masks, which I usually don't use, but were deemed worth-while on this build for two reasons: First, the canopy tape on the canopy was not going to be pleasant to mask, mainly due to the second reason, that is that the demarcation lines on the canopy for these features are raised. In purchasing these masks, I also found out the fact that the front canopy on the early kits were not correct. As such, I found a later boxing of the kit which included both the correct canopy, and the needed chin "bump" piece that was not available in the earlier boxing. 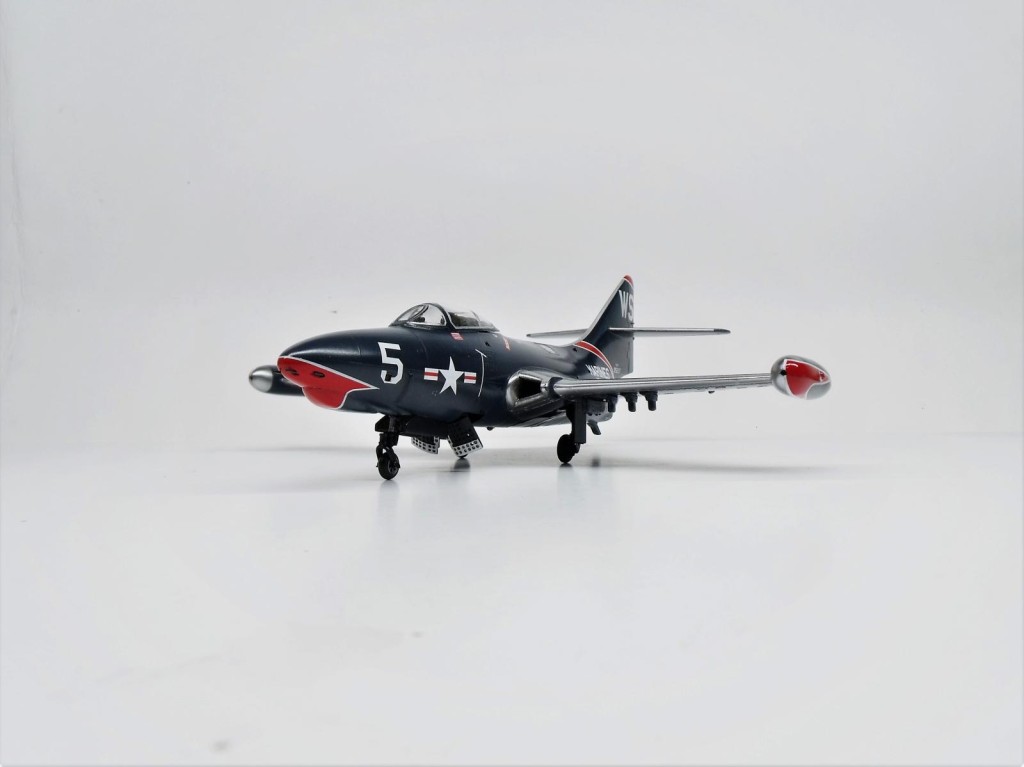 With the kit built up, I sprayed Vallejo Duraluminum on the leading edges and masked it off. I then sprayed Tamiya white rattle can primer on the airframe, follow by the "not right" USN Blue Tamiya rattle can color. It became all too obvious as soon as the paint touched the model, but I supposed it was good enough for a base layer. I went back over the whole airframe (top more than the bottom) with Vallejo GSB before unmasking the leading edges and spraying X-22 Clear over everything. 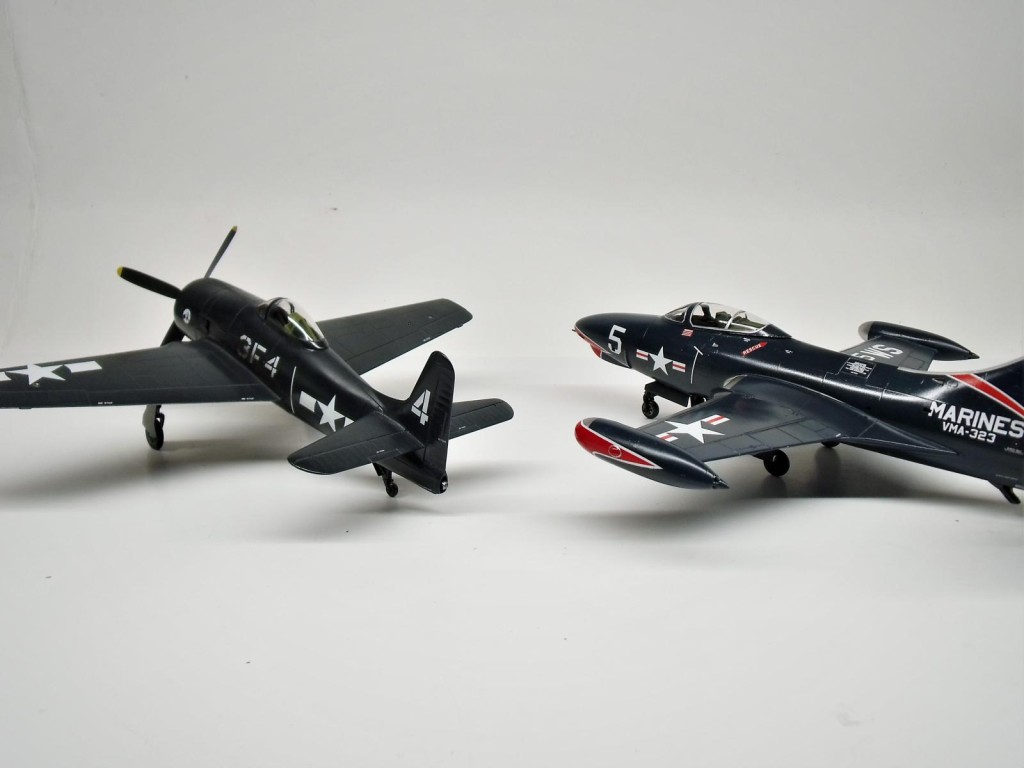 For decals, I had acquired a cheap SSI sheet (#48-881) for a pair of USMC Panthers. I decided on the VMA-323 bird for no particular reason. In using the decals, I suffered failure after failure, which was the primary cause for the kit getting shelved so often. Just a few weeks ago, determined to clear up some near finished kits, I pulled this kit down, and started masking off for the red and white, which were the decals that I couldn't make work in any way (save for the "waist stripe" on the rear of the aircraft). It took some time, but I was able to get acceptable results by masking off, spraying white, then masking the edge and spraying the red. Needless to say, I will not be relying on SSI for decals in the future. Two strikes and they're out.. 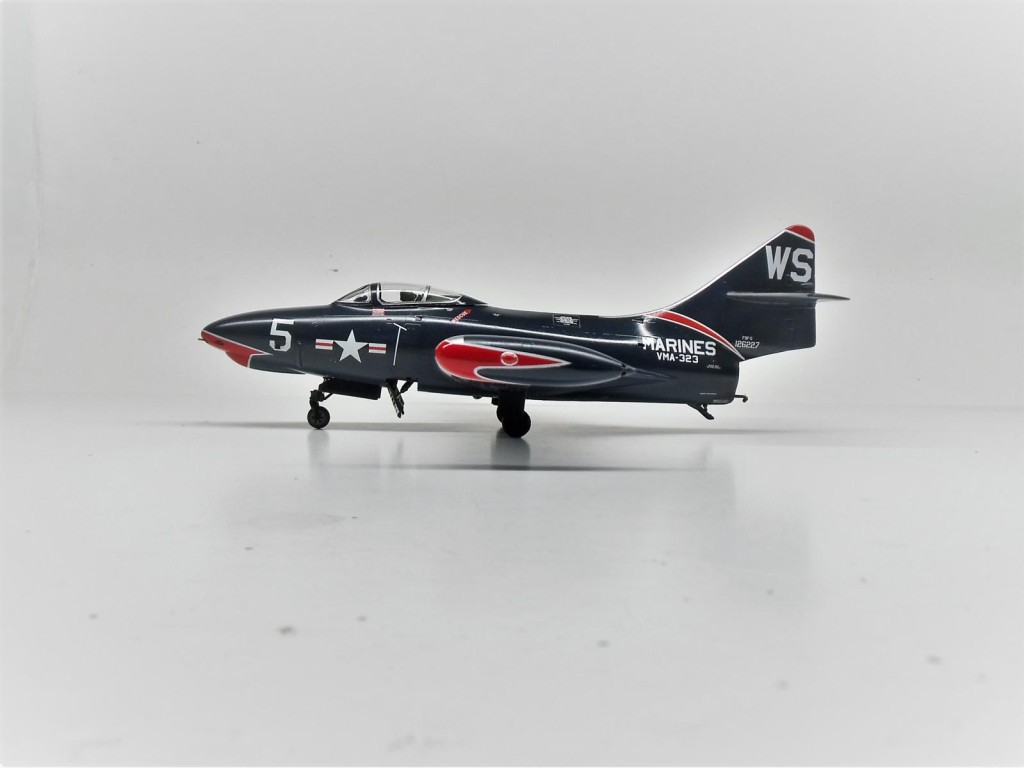 Anyhow, the rest of the build just consisted of ham-fistedly slapping details on to wrap this up. I hope you like this F9F-5 from VMA-323, stationed at MCAS El Toro, 1954. 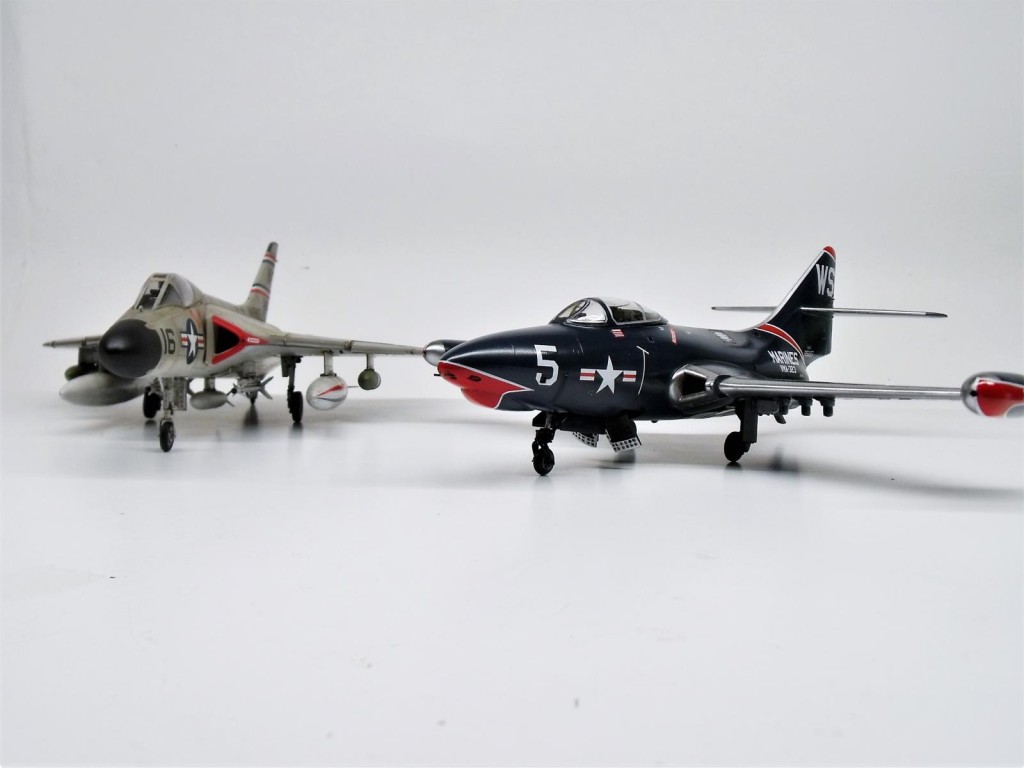 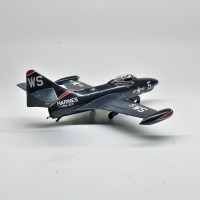 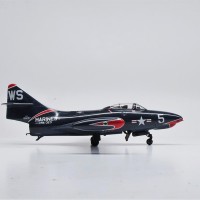 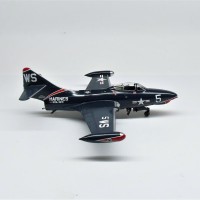 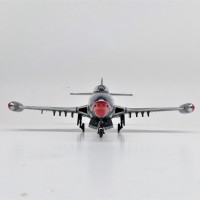 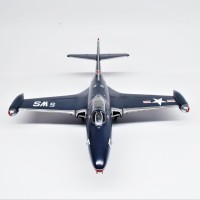 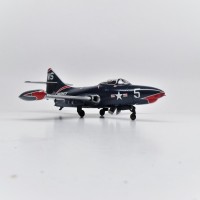 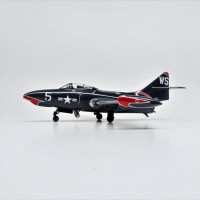 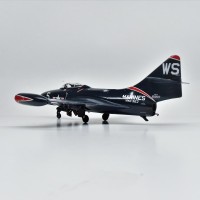 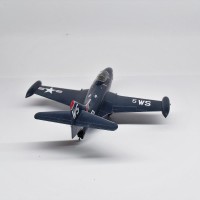 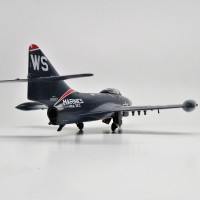 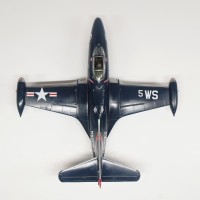 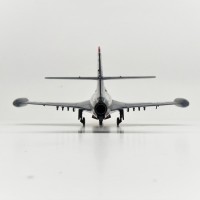 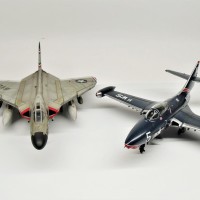 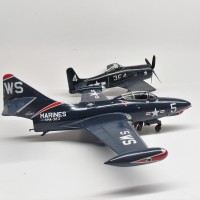 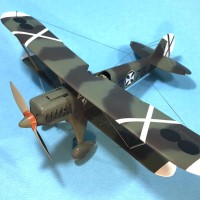 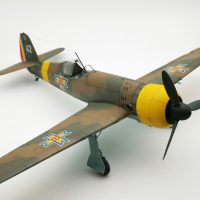 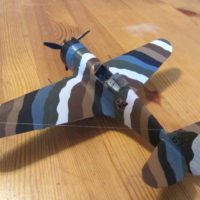 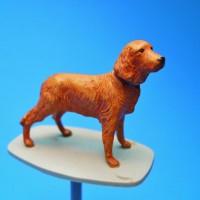