So after just over fifty years of slapping together pieces of injected plastic, I've finally attempted an aircraft in a chipped & faded winter finish. After the 70/71 was masked & sprayed, I sealed it with a coat of gloss, then decalled and sealed again this time with two good coats of gloss. I left that for a week before decanting & spraying the hairspray in two coats, allowing that to go-off overnight then mottling the (Tamiya) white. I let that settle for around four hours then began picking, scratching and brushing it away in the high wear areas.

Later on I applied a light brownish grey overall wash using/mixing Flory washes which slightly toned the white and took-the-edge-off the finish. I sealed that with a coat of Tamiya lacquer satin clear. After a couple of days I broke-out the W & N oils and dirtied-up around the nacelles and added the exhaust streaks. After that was all sealed away, the last step was the streaks on the underside, again with W & N oils. Last job was two overall coats of Tamiya lacquer matt clear, a little pigment work on the tyres and final assembly.

As a first-attempt I'm fairly pleased with what I've ended-up with. If I do this finish again, I won't leave the hairspray as long to dry as it was quite stubborn to remove in some areas. So there t'is, please feel free to ask any questions, make any comments or criticisms. Going to take a break from aircraft building for a while as I've completed six builds in about four months, so time for an AFV build next I think.

All the best from NZ. 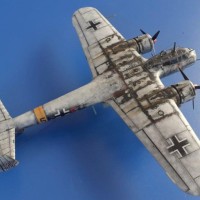 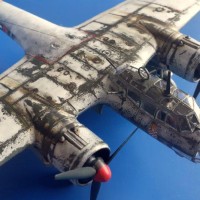 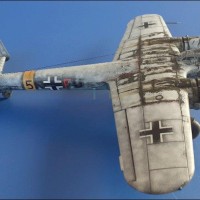 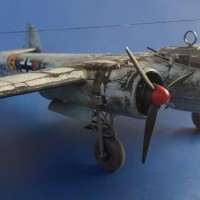 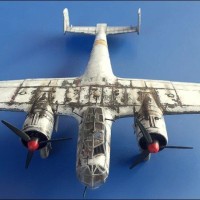 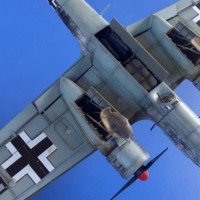 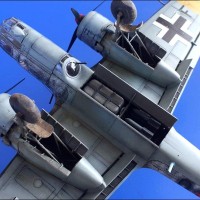 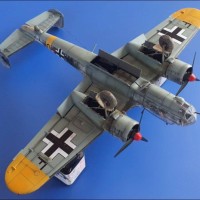 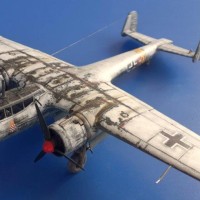 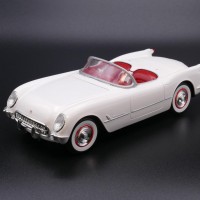 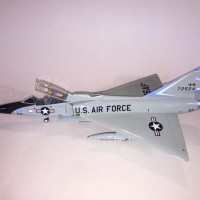 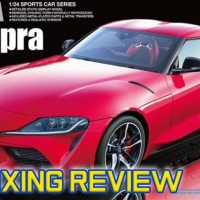