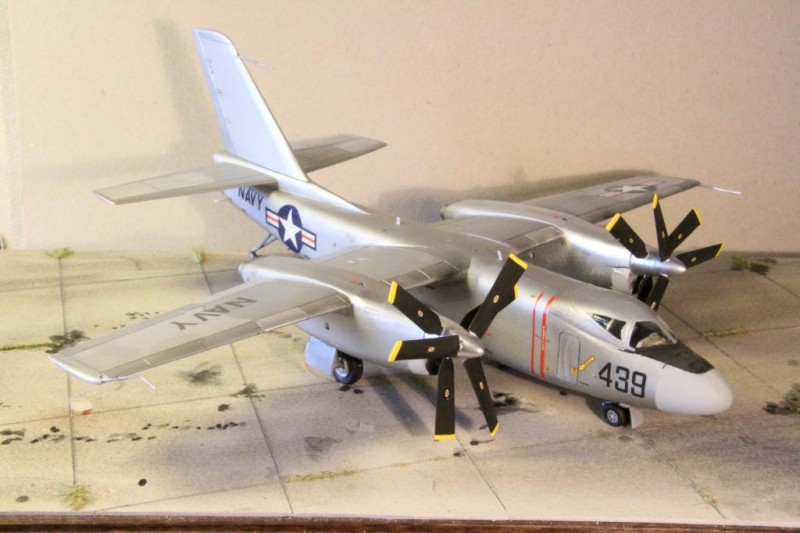 Hard to believe but this almost unknown version was planned and ordered by the Navy even before its predecessor the first production AJ-1 was completed. 3 of this massive airframes were ordered, 2 for test-flights and a third one for static tests. Powered by the troublesome Allison T40-A-6 turboprop engines it suffered a short test life, with only one of the prototypes ever flown.

The model is from Anigrand, made entirely from resin. This kit is not the easiest to build and requires some experience with this kind of material. With the help of some additional details and a slightly complex paint job by using several shades of Alclad it finally turned into a rather nice model.

Next time I’ll show you its predecessor 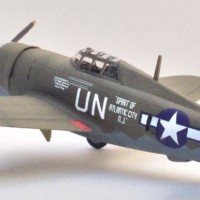 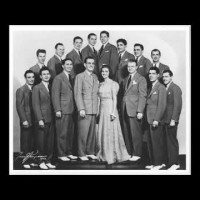 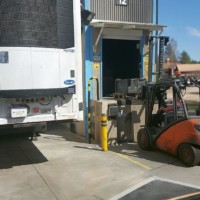 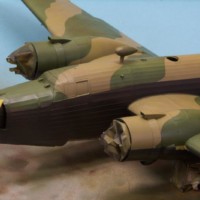