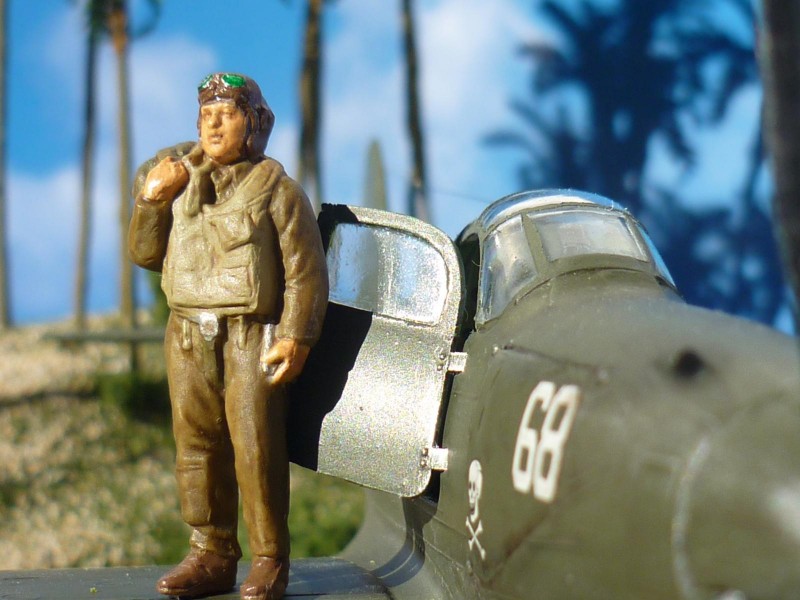 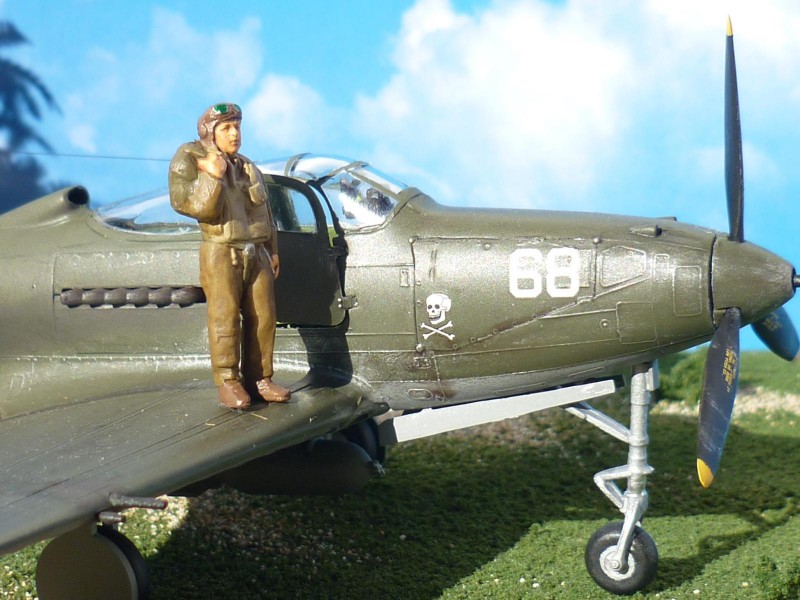 In my stash were some P-39 decals depicting an Airacobra flown by a 2Lt Bill Fiedler, who had the distinction of being the only American Ace to claim all 5 victories flying the P-39. Being a history buff I was curious as to what happened to him. After some research on the web I discovered Fiedler enlisted into the Army at Ft. Hayes, Columbus, Ohio, on December 21, 1941. He had one year of college, was single with no dependents, and became an Aviation Cadet. Not much is known after that until he ends up on Guadalcanal.

Conditions were pretty primitive on Guadalcanal and the Japanese along with the weather and disease took it's toll of both men and equipment. The following is quoted from an article I discover concerning 2nd Lt Fiedler. [pic 10] 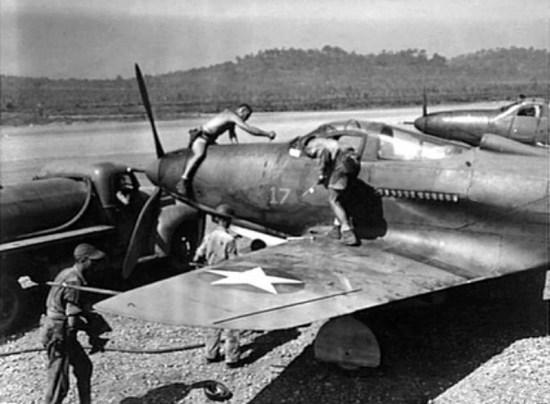 "There was a hard-fighting pilot who sometime seemed to be everywhere at once-2nd Lt William F. Fiedler- who racked up a unique record of achievement. On January 26,1943, flying a 70th P-39D, he shot down a Zero over Wagara Island. In February 1943, twenty two Japanese destroyers speed down the slot near Guadalcanal with 25 Zeros flying cover. The 70th Squadron intercepted the Japanese in late afternoon, and Fiedler shot down a Zero in the fight. It was his second kill".

"Transferred to the 68th Fighter Squadron, Fiedler was in the air again on June 12, 1943, when 50 Zeros made a sweep toward Russel Island and the Americans managed to get an impressive 90 fighters into the air. The American side claimed 31 aerial victories and one of them was a Zero bagged by Fiedler 10 miles (16 kilometers) from Cape Esperance - his third victory."

"Four days later, and Australian coast watcher on Vella Lavella radioed that 38 Zeros followed by another 30 Zeros escorting 50 Aichi D3A Type 99 "Val" dive-bombers were on their way to attack the Navy transports off Guadalcanal. Six P-39's were the last aircraft to take off. They'd been held in reserve to meet the threat to the transports, which had now materialized. Fiedler shot down two "Vals", the second, with the 37 mm nose cannon inoperable, using only his four small .30 caliber (7.62 mm) wing guns."
He now was an Ace, and the only American pilot to achieve that status flying the P-39.

Unfortunately on June 30, 1943, while waiting in his cockpit for take off, a P-38 suffered an engine failure on takeoff and slammed into his aircraft. Both planes exploded on impact. Though pulled from the wreckage he would die two hours later and is buried in the Punch Bowl in Hawaii. One only wonders how he would have finished the war had this accident not happened. 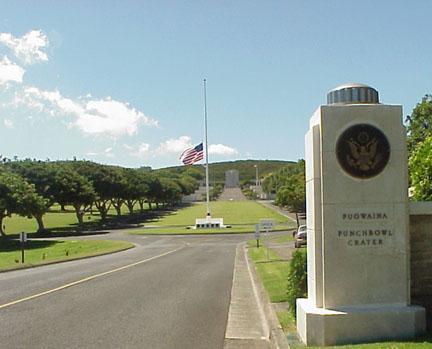 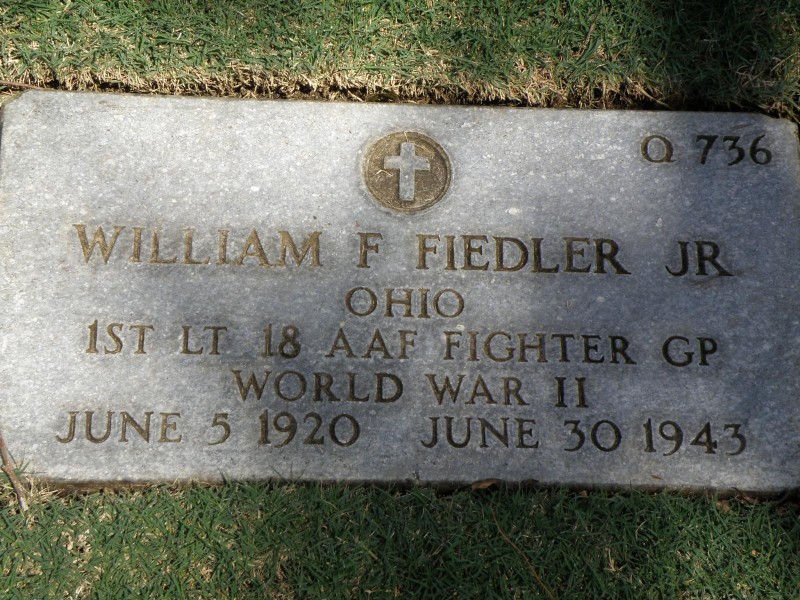 The Monogram kit has been around for ever but makes into a decent representation of a P-39. I did add some PE belts and nylon thread for the antenna. Paints were Model Master as well as Tamiya. The pilot figure is from Tamiya's fighter pilot set. A little dry brushing and pastel chalks were used to give her some wear and tear. The decals are Aeromaster Cobras at War PT III. 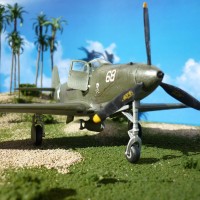 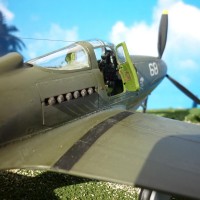 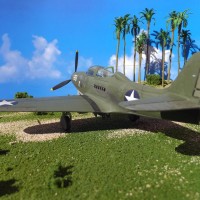 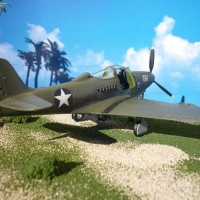 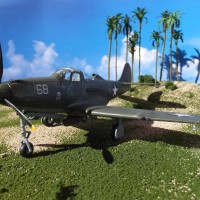 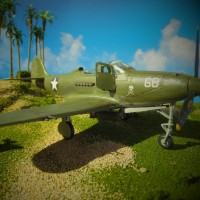 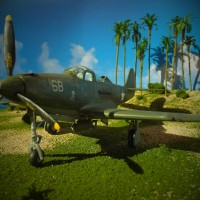 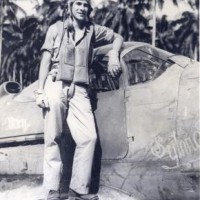 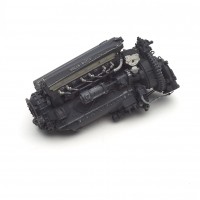 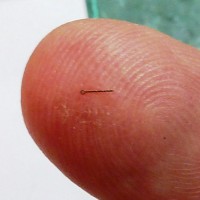 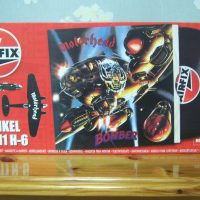 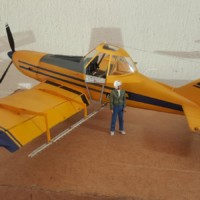