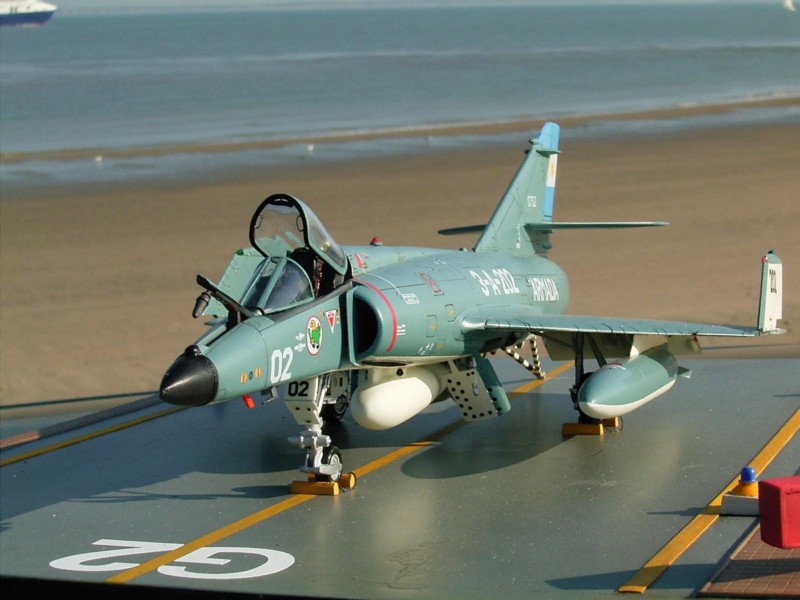 Action in the South Atlantic

On the first of May 1982 the Aviacion Naval Argentina was in the possesion of the first batch of 8 Super Etendards. These aircraft equipped the 2a Escuadrilla de Caza Y Ataque, based at Comandante Espora, Puerto Belgrano.
These aircraft were identical to their French counterparts. Main armament is one AM39 Excocet missile under the starboard inner wing pylon, balanced by an expendible fuel tank beneath the opposite wing. Furthermore, standard two DEFA 30-mm cannons.
The Argentine Navy was in the possession of the former Dutch aircraft carrier “Karel Doorman”. These aircraft were capable of operating from this carrier.
(Model of this carrier under Dutch Flag in 1/400 from this author on the Imodeler net.)

Revenge for the sinking of the cruiser “Belgrano”

On the 4th of May, at 07.10, Lockheed Neptune 2-P-112, on a maritime reconnaissance mission made a radar contact and detected the signal of a Marconi 965 long range radar, as used on the type 42 British destroyers. The position of the type 42 was transmitted to the Argentine High Command.

After evaluation of the report, the high command ordered the launch of two Super Etendards, armed with the Exocet Missile. Although the search radar from the Neptune went unserviceable, they were able to guide the two Etendards (3A-202 / 3A-203) to the last known position of the Type 42.

After rendezvous with a KC-130H they started on their last leg of 250 miles (400km) to the target.
After repair of the search radar from the Neptune, this aircraft was able again to guide the two attack planes to the right coordinate.

Flight level on the last leg was 100 feet (30 meters) In radio silence and occasionally popping up the nose to make a scan with the Agave search radar, the flight leader was able to make a positive contact with the type 42. Reaching the release point, the aircraft launched their missiles from roughly 300 meter (1000 feet ). The HMS Sheffield had shut down its radar systems, because it was transmitting on its satellite equipment (To prevent interference). HMS Glasgow radar systems detected the two aircraft and raised the alarm. The rest is history.

When the export order was continued after the Falkland Conflict, the ANA received in total 14 Etendards. Some examples are still operational in the Argentine Navy

Conclusion: Never underestimate the determination, skills and equipment of the enemy.

The Heller aircraft was quite easy to put together. It has already recessed panel lines and the fit was good. I was also happy to find out, that the decals were of very good quality.
It was airbrushed with a Revell Master Airbrush, using Xtra Color paints. The deck vehicle and crew to provide electricity to the aircraft systems is from Verlinden. The display case is from ERTL.

Modern Aircraft (Bill Gunston)
Super Etendard (Christopher Chant
Wings of the Malvinas (Santiago Rivas) – A must have for the modeler with interest in this conflict.
Website: http://www.dutchfleet.nl 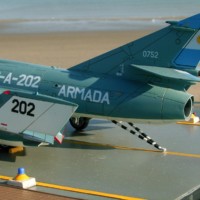 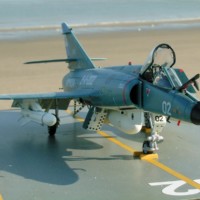 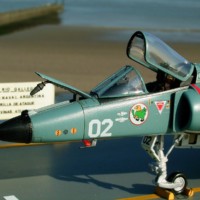 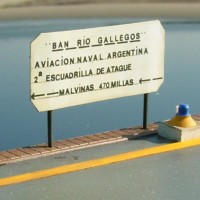 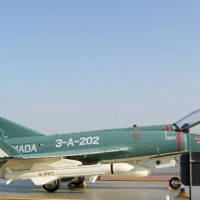 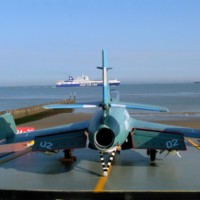 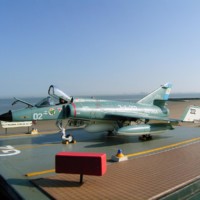 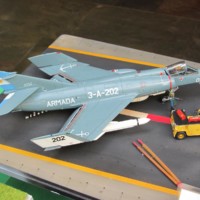 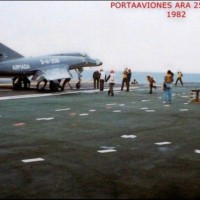 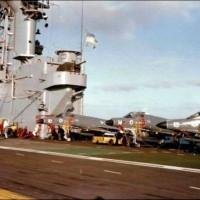 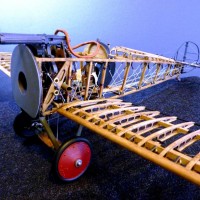 Sopwith Camel F.1 – Upside Down and Back to Front: Undercarriage and Lower Plane 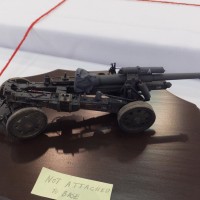 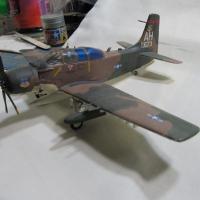 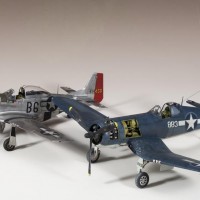